Shutdown Bite Tightens At US FDA, But Gene Therapy To Get 50 More Reviewers 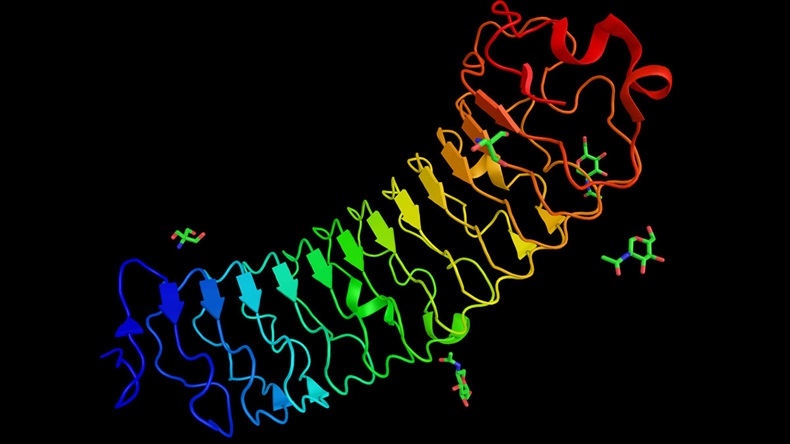 In anticipating a glut of new investigational new drug (IND) applications for cell and gene therapies in the coming years, the US FDA announced its goal to add 50 additional clinical reviewers to deal with the growing workload.

In a Jan. 15 statement from FDA Commissioner Scott Gottlieb and Center for Biologics Evaluation and Research (CBER) Director Peter Marks, the regulators predicted that the agency will be receiving more than 200 INDs per year by 2020. FDA already has more than 800 active cell-based or directly administered gene therapy INDs on file, the officials noted.

Gottlieb and Marks further predicted that FDA will be approving 10 to 20 cell and gene therapy products a year by 2025 "based on an assessment of the current pipeline and the clinical success rates of these products."

According to the statement, the 50 new clinical reviewers would be added "to the group charged with overseeing the clinical investigation, development, and review of these products."

Business As Usual, But Strains Showing

The agency has done its best to maintain its muscular communications strategy and convey an appearance of business as usual. (Also see "Drug Safety Announcement Blitz Highlights Gottlieb's PR Savvy As Shutdown Drags On " - Pink Sheet, 9 Jan, 2019.) Gottlieb has kept up a near-constant Twitter presence on a variety of issues throughout the shutdown, including updates on the status of FDA's user fee funding.

But strains are starting to show. Some furloughed staffers have had to return to work unpaid to inspect high-risk facilities, and Aimmune Therapeutics Inc. announced that the agency cannot begin review of AR101, its oral immunotherapy for peanut allergy, even though the BLA was submitted before the shutdown. The application is being handled by CBER.

Perhaps most ominously, Gottlieb announced the agency was reducing its "burn rate" to extend its user-fee funded activities for a few more weeks.

Against that backdrop, the announcement of anticipated staff expansion probably seemed at least a little incongruous. A larger staff has been anticipated for CBER, as Marks had previously said that the center will need more personnel handle the increasing popularity of gene therapies. (Also see "US FDA's Biologics Center Director Expects It Soon Will See 'Growth Spurt'" - Pink Sheet, 2 Jul, 2018.)

But the timing for CBER's expected hires remains unclear. An FDA spokesperson told the Pink Sheet that the agency does not have an update on a specific timeline at this time.

FDA has historically struggled with hiring staff to fill vacancies. But the agency recently restarted a pilot program intended to streamline the process. (See sidebar for related story.)

Gottlieb and Marks reiterated that the agency "will work with sponsors to make maximum use of our expedited programs including regenerative medicine advanced therapy (RMAT) designation and accelerated approval."

The FDA spokesperson pointed to the informal meetings from the agency's Initial Targeted Engagement for Regulatory Advice on CBER Products (INTERACT) program, which she said "provide sponsors with early interactions with the agency, and allow the FDA to encourage sponsors with products that show promising safety and efficacy to apply for use of the expedited programs, including RMAT designation." (Also see "CBER Implements Pre-Clinical Meeting Program For Biologics, Gene Therapy Sponsors" - Pink Sheet, 22 Jun, 2018.)

Gottlieb has also previously trumpeted his support for gene therapy sponsors to pursue the accelerated approval pathway. (Also see "Gottlieb On Gene Therapies: 'Very Seductive' To Think About Accelerated Approval Pathway " - Pink Sheet, 7 May, 2018.) He and Marks echoed that sentiment in the Jan. 15 statement.

"For one thing, the accelerated approval pathway may offer a faster route to approval for new treatments, including potentially curative benefits in significant, unmet medical needs," the officials said. "But the pathway also offers additional authorities for FDA to require postmarket follow-up studies. Since many of the risks associated with gene therapy products relate to questions about the product's durability and potential for rare instances of off-target effects, it may not be feasible to conduct pre-market trials that address all these theoretical risks in any reasonably sized study."

The statement also mentions that a slew of guidance documents on product development is in the works, including for inherited blood disorders such as hemophilia. FDA already released draft guidance on the development of gene therapies for hemophilia in July 2018 amid a trove of others. (Also see "Hemophilia Gene Therapy Studies Could Use Non-Inferiority Design, US FDA Suggests " - Pink Sheet, 16 Jul, 2018.) and (Also see " Gene Therapies Need Long-Term Follow-Up Plan From Outset Or Risk Clinical Hold " - Pink Sheet, 11 Jul, 2018.) The agency spokeswoman indicated that the hemophilia guidance mentioned in the announcement would be a finalized guidance.

Gottlieb and Marks additionally rehashed FDA's intention to issue guidance on the development of gene therapies for certain neurodegenerative diseases. Just as Gottlieb recently explained to the J.P. Morgan conference in San Francisco, the regulators noted in their announcement that the accelerated approval pathway would only be applicable for certain neurodegenerative drugs. (Also see "Gene Therapies: Accelerated Approval Open For Some, But Not All, Neurodegenerative Disease Treatments" - Pink Sheet, 8 Jan, 2019.)

"For example, we intend to propose guidance to address how the accelerated approval pathway may be used when the target of the gene therapy product is an underlying monogenetic change that causes a serious disorder not addressed by available therapy," the statement reads. "In these cases, the gene therapy could offer the potential to alter or cure the underlying genetic defect that gives rise to, and causes the advance of, a disease."

However, the regulators continue, "a more traditional approach to drug development may be more appropriate if the gene therapy creates a genetic alteration aimed at treating the symptoms of a neurodegenerative disease, or potentially altering its course by altering the expression of a protein or enzyme believed to play a role in the advance of a disease."

An additional forthcoming guidance "will recommend parameters for how innovators can introduce advances in manufacturing that promote the more efficient development and application of CAR-T therapies without necessarily requiring costly new clinical investigations," the announcement adds.