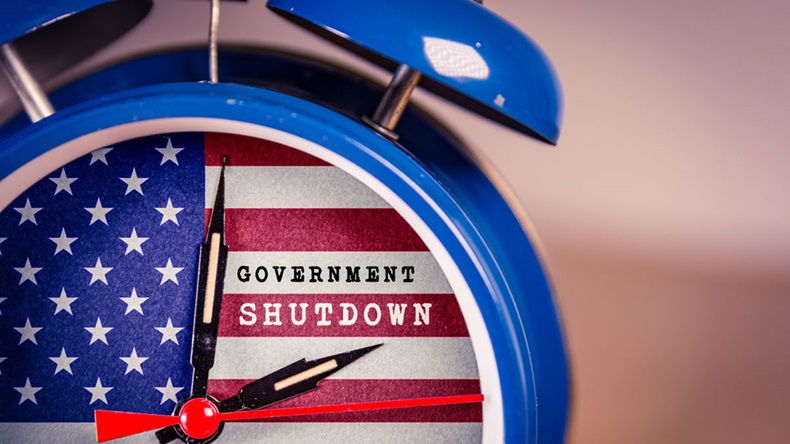 The potential exhaustion of prescription drug user fees during the partial federal government shutdown could lead product sponsors or the US FDA itself to assert that certain application reviews should continue under the Anti-Deficiency Act’s emergency powers exception, two former agency officials said Jan. 24.

Howard Sklamberg, a partner at Akin Gump and former deputy commissioner for global regulatory operations and policy, and Rebecca Wood, a partner at Sidley Austin and former FDA chief counsel, said that if the shutdown lasts another month, they could see an attempt to invoke the agency’s emergency powers to either file a new drug application or complete its review of a pending application in the absence of user fee funding.

The two attorneys made their comments during a Food and Drug Law Institute webinar on the shutdown.

The Anti-Deficiency Act prohibits federal agencies from obligating or expending federal funds in advance or in excess of an appropriation, unless authorized by law or in emergencies involving the safety of human life or the protection of property.

FDA has been able to use carryover user fees to support the ongoing review of prescription and generic drug and biosimilar applications submitted before the Dec. 22 shutdown, and to continue policy work under the user fee programs. However, it has not been able to accept new applications that require payment of a fee and, consequently, it is burning through its user fee reserves.

“At what point would someone be able to craft an argument that they are trying to fill a therapeutic gap for a patient population that can’t wait? I think that may be where you see a whole new round of legal and policy interpretations that we just haven’t seen before.” – Sidley Austin’s Wood

The agency has not publicly said how much biosimilar user fee funding remains available. (Also see "US Biosimilars: FDA Seeks To Build On Record Number Of Approvals, But Shutdown May Blunt Progress" - Pink Sheet, 22 Jan, 2019.)

For PDUFA products, “I think where it gets very unprecedented and potentially very interesting is what happens if this goes on for several weeks [and] we no longer have user fees available,” Wood said.

FDA is “not supposed to take any user fees. At what point would someone be able to craft an argument that they are trying to fill a therapeutic gap for a patient population that can’t wait? I think that may be where you see a whole new round of legal and policy interpretations that we just haven’t seen before,” Wood said.

Sklamberg outlined a scenario involving a breakthrough therapy-designated product in the absence of carryover user fees. “Maybe there’s a creative legal argument that that falls into one of the appropriations exceptions,” he said. “And then if you do that, how do you catch up with the user fees later?”

“I think if this ends up being a months-long shutdown, the agency is probably going to have to deal with that,” Sklamberg said. “You can’t have the drug and medical device approval system stop for months and months without it having an effect on patients.”

Both attorneys cautioned that even though medical product reviews are continuing for the time being with carryover fees, such applications are not immune to the shutdown’s effects.

“It really is one FDA,” Wood said. “The agency is very integrated, and it’s a place that really focuses on bringing the right expertise to the table.”

“It is not uncommon, even if you think you have a pathway that should be covered because of user fees, that it would raise policy questions or scientific questions or legal questions that cross more into areas where people may not be sitting at their desks as they normally would and available or consultation,” she said.

“The lines are sometimes difficult to draw” between user fee work and activities that are not allowed to continue during a shutdown, Sklamberg said, noting that policy issues can cut across product centers and offices.

Consequently, figuring out what work can proceed, and by whom, is a constant challenge.

“FDA has a very good accounting system for accounting for its user fees, for tracking things, making sure everything is in the right bucket,” Sklamberg said. “But it’s not set up to be a law firm where people bill to the sixth minute.”

“It is a very big challenge for people just running the place to say you can work on this and this, but not the other thing.” – Akin Gump’s Sklamberg

“It is a very big challenge for people just running the place to say you can work on this and this, but not the other thing,” Sklamberg said. “That makes the work overall just less efficient.”

“Even the folks who are working on user fee projects … have an added burden of this accounting system [and] consulting with the lawyers about what they do,” he said. “It makes their job harder.”

FDA and product center leaders are constantly recalibrating the agency’s resources and activities as the shutdown grows longer, Wood said.

“The lawyers in [the Office of Chief Counsel] are probably quite busy right now fielding those questions and looking at precedent and looking at the legal justifications,” she said.

Employee Morale And Retention Will Take A Hit

Both former FDAers expressed deep concern about the shutdown’s potential impact on FDA employee morale and the agency’s recruiting and retention efforts.

Normal training and professional development activities tend to go by the wayside for a period of time when there is a shutdown, Wood said.

Sklamberg noted that many agency employees are eligible for retirement. He’s heard reports of some staff saying, “'To hell with this. I’m done.' And you’re going to lose some of those.”

“There also are a lot of people doing a lot of very important work who are not paid very well, and this is going to have an effect, I think, on their desire to have a long-term career, at least of some of them, which would be an unbelievable loss,” he said.