Six Pharma CEOs To Testify In House as Democrats, Trump Compete For Attention On Drug Pricing 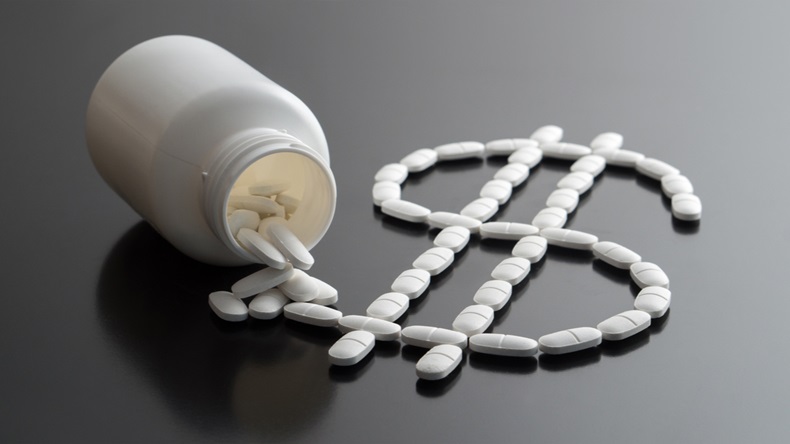 Democrats moved to take back control of the drug pricing conversation in the US this week, announcing a two-day House Oversight and Reform Committee hearing that will feature six pharmaceutical CEOs targeted for the high prices of a half dozen drugs. The 22 September hearing announcement follows a string of drug pricing executive orders by President Donald Trump.

A spokesperson for the House Oversight Committee Democrats declined to answer questions about why the hearing will focus on these specific companies and drugs but said more information will be available next week.

The committees sent letters in January 2019 to a dozen drug companies including five of the six slated to testify next week to ask about their pricing practices around these drugs. At the time the committee said their letters focused on drugs that are among the costliest to Medicare Part D, among the costliest per beneficiary of had the largest price increases over a five-year period. (Also see "House Oversight Drug Pricing Hearings Will Begin With Expert, Patient Witnesses" - Pink Sheet, 14 Jan, 2019.)

Earlier this month the committee the committee subpoena AbbVie Inc., another one of the companies targeted by its January 2019 letters claiming it failed to cooperate with the lawmaker’s investigation. (Also see "Congress Puts Focus Back On Drug Pricing With AbbVie Subpoena" - Pink Sheet, 1 Sep, 2020.)

Trump Winning With Voters On Pricing

The hearing should give Democrats a chance to highlight their work on drug prices heading into the November elections, an issue where they appear to have lost some momentum with voters.

A recent Kaiser Family Foundation tracking poll conducted between 28 August and 3 September found that 46 percent of registered voters think Trump has a better approach to lowering prescription drug costs compared to 42 percent who sided with Democratic presidential candidate Joe Biden. It was the only health issue where Trump polled better than Biden.

While overall, the KFF poll found the importance of health care to voters has fallen in recent months as issues like the economy, policing, race relations and the coronavirus capture attention, it is still a top-five issue for voters and top-three issue for Democrats.

In theory Democrats should have the upper hand on drug pricing, having passed their sweeping drug pricing reform bill in December 2019, which though not taken up by the Senate is much more comprehensive and complete compared to the largely unfulfilled promises of Trump’s drug pricing policies. (Also see "US Government Drug Pricing ‘Negotiation:’ Where We Go From Here" - Pink Sheet, 12 Dec, 2019.)

But Trump has been a master at drawing attention to his interest in the topic even if he ultimately lacks on follow through.

In July, the president unveiled four executive orders on drug pricing related to drug rebate reform, importing drugs from Canada, and a tweak to the 340B drug discount program to help consumers afford insulin and epinephrine. The fourth order was a teased but not officially released plan to advance an international reference pricing plan in Medicare Part B unless the industry offered another alternative. (Also see "Presidential Arm Twisting: Drug Pricing Order Would Advance International Benchmarks Unless Industry Offers Alternative" - Pink Sheet, 24 Jul, 2020.) Earlier this month the President released a revised version of this order focused on getting the “most-favored-nation” price for certain Medicare Part B and D drugs. (Also see "Trump’s Executive Order Limiting Medicare Drug Payments Faces Hurdles" - Pink Sheet, 14 Sep, 2020.)

But all of these orders would require regulations that make it nearly impossible for them to have any meaningful impact prior to the election. And its unclear if Trump would follow through on some of these policies even if he was reelected as he has let versions of these proposals linger in the rulemaking stage for years like IPI, or even die out completely like with rebate reform. Still he seems to get headline boosts and perhaps polling credit for his attempts and that may be a threat to Democrats. (Also see "Trump’s Drug Pricing Plan: The Headlines Are The Goal – But Also A Threat" - Pink Sheet, 15 Sep, 2020.)

“I think the recent Kaiser poll that found Trump up 46-42 over Biden on the issue of drug pricing was a wake-up call for Democrats,” said Chris Meekins, director of health policy research at Raymond James. “Trump has traction on the issue with his EOs even if not much has actually been implemented. This hearing is an attempt to regain the focus.” Meekins said.

Trump speaking about drug pricing “gives the impression of doing things,” and that has “been enough” for him to get credit, Meekins said.

“The real question is whether either will lead to something substantive that actually lowers prices.”

Like, Trump, House Democrats have little ability to make progress on drug pricing in 2020.

“I can’t imagine much comes from this that hasn’t been discussed in previous hearings but maybe they have some new wrinkle,” said Rick Weissenstein of Cowen Washington Research Group. “Either way we aren’t doing anything on drug pricing this year so I think this is messaging.”

But some drug pricing advocates say its unfair to compare the House hearing to Trump’s executive orders, arguing Democrats have a stronger track record at following through on the issue.

The hearing seems a fitting bookend to the 116th Congress, which has been characterized by a lot of noise and no real progress on drug pricing. Formal activity on the issue kicked off with a February 2019 hearing with pharma CEOs in the Senate Finance Committee, and will likely conclude with the House Oversight Committee hearings.

But the House event, with its smaller panels, focus on particular drugs and proximity to the election, probably won’t be as genial. The committee’s document requests suggest the CEOs will get pointed questions about specific business decisions, in contrast to the more general, yes-or-no, policy-focused queries that the witnesses at the Senate Finance hearing often fielded. (Also see "Big Pharma At The Senate: When It Comes To Yes Or No Questions, There Are Still A Few Maybes" - Pink Sheet, 28 Feb, 2019.)

With AbbVie apparently able to slip through the Oversight Committee’s net, there will be only repeat witness between the House and Senate hearings: Bristol’s Caforio.

Revlimid, the drug Caforio will be asked to discuss, seems emblematic of the products that are the target of the House committee’s effort – older drugs that don’t have the jaw-dropping, seven-figure price tags of gene therapies, but have taken steady price increases while they held off generic competition through regulatory machinations, patent thickets, “rebate traps,” or all three.

A blockbuster multiple myeloma drug that BMS gained in its acquisition of Celgene Corporation, Revlimid was able to thwart ANDAs by denying potential sponsors access to samples through the process generics firms call “REMS abuse.” The company has now signed deals with several generic firms which include volume limits over the next several years.

Before Revlimid goes over the patent cliff, though, Caforio will have to run the gauntlet.