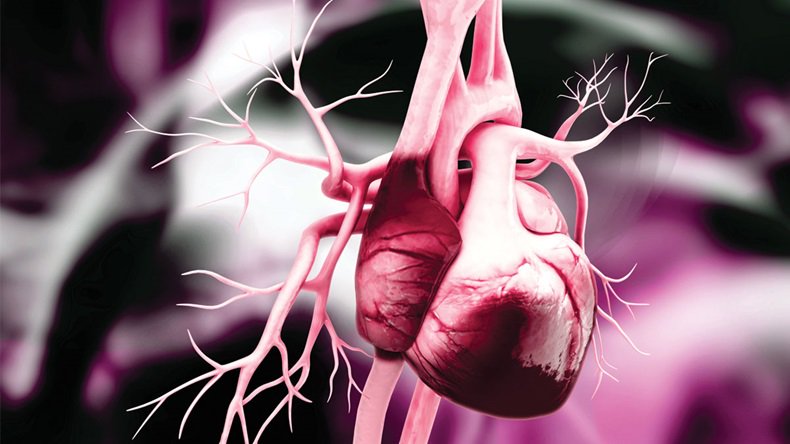 It was only 10 patients but the top-line data MyoKardia Inc. unveiled Aug. 7 for its Phase II cardiomyopathy candidate mavacamten had a big impact on the biotech's stock. The company's share price soared 83% on the day and market analysts suggested there could be an opportunity for accelerated clinical development and potential breakthrough therapy designations.

MyoKardia is partnered on the drug with Sanofi, one of its initial investors via the French pharma's Sunrise open innovation initiative. Sanofi paid $45m up front ($10m an equity stake) in 2014 for ex-US rights to mavacamten, as well as global rights to MYK-491.

The South San Francisco, Calif.-based firm reported that mavacamten (MYK-461), a novel, oral allosteric modulator of cardiac myosin, met the primary endpoint and several secondary measures in its Phase II PIONEER-HCM trial in patients with symptomatic, obstructive hypertrophic cardiomyopathy (HCM). On a same-day investor call, CEO Tassos Gianakakos said MyoKardia hopes to work out a plan with FDA in the coming months to make the planned EXPLORER-HCM study a pivotal trial for the candidate.

Of 11 patients enrolled in PIONEER, 10 completed 12 weeks of treatment with all achieving a reduction from baseline in post-exercise peak left ventricular outflow tract (LVOT) gradient. Further, eight of the 10 achieved a reduction in that measure equivalent to below the diagnostic threshold for obstructive HCM. A key secondary endpoint of peak oxygen consumption (peak VO2) also was met.

"These results have exceeded our expectations and given us an opportunity to substantially accelerate our clinical development path," Gianakakos said on the call. Because mavacamten also produced clinically meaningful reduction in resting LVOT gradient in as little as two weeks, he added, the company now is undertaking a second low-dose cohort of the PIONEER study to investigate the potential of doses lower than the 10mg and 15mg daily doses used in the first cohort.

MyoKardia's theory is that myosin modulation can reduce hypercontractility in patients with genetic cardiomyopathies, such as HCM and dilated cardiomyopathy (DCM), for which its second drug candidate, MYK-491, also is in Phase II testing. Neither condition has an approved drug therapy; HCM generally is treated off-label with heart failure drugs, or in the most extreme cases with invasive measures such as open heart surgery. (Also see "Sanofi Sunrise Co. MyoKardia Sets Heart On Untapped Cardiomyopathy Market" - Scrip, 12 Jan, 2017.) DCM has even fewer treatment options.

"Today is a huge step forward for the development of mavacamten for obstructive HCM," Gianakakos said. "PIONEER has shown for the first time that a therapeutic directly targeting cardiac hypercontractility can greatly reduce the LVOT obstruction and improve exercise capacity and patient symptoms."

"We're especially encouraged by results in peak VO2 because we intend for the change in peak VO2 to be the primary endpoint in our next study, EXPLORER-HCM, which is on track to initiate before year-end," he continued. "We have designed EXPLORER so that it may serve as a pivotal study in symptomatic obstructive HCM and we plan to discuss that with the FDA in an end-of-Phase II meeting in the coming months."

Because the second, low-dose cohort of PIONEER is open-label, the company anticipates data fairly quickly and that it will be able to inform the protocol for EXPLORER.

BMO Capital Markets analyst Ian Somaiya called the top-line PIONEER data a "best-case scenario" in an Aug. 7 reiterating an "outperform" grade for MyoKardia shares. The stock closed trading Aug. 7 up 83% to $31.45 per share.

After the markets closed, MyoKardia announced that it will seek to cash in on the investor enthusiasm, saying it plans to sell 3.5m shares in a public offering. Pricing of that offering has not yet been announced. MyoKardia also unveiled its second quarter financial statement on Aug. 7, reporting that it had $117.3m cash on hand as of June 30, which is expected to provide runway into 2019.

Somaiya said the most impressive aspect of the PIONEER data was the magnitude of benefit, putting the drug on scale with the benefits of open-heart surgery but with fewer potential complications. The data showed a relative reduction in post-exercise peak LVOT gradient of 85%, he pointed out.

"Invasive surgeries can lead to a best-case scenario of roughly 80% reductions in LVOT gradient but also have fatality rates of 0.5%-1% and 3%-8% rate of mechanical complications requiring subsequent pacemaker, limiting their utility," the analyst wrote. "The 85% relative reduction with mavacamten therefore leaves no ambiguity regarding a preferred approach vs. surgery (if replicated in a pivotal study) and exceeds the approximately 60% reduction physicians note is associated with clinical benefit."

Meanwhile, the 17% relative improvement seen in peak VO2 exceeded the 10%-15% improvement generally considered clinically meaningful and could accelerate regulatory timelines by about 12 months, Somaiya said. BMO moved up its launch expectation 12 months from prior estimates to 2020 and increased the drug's probability of success from 50% to 65%.

Further, Somaiya said he will be watching coming data for the compound to demonstrate a potentially disease-modifying benefit. "We will also be looking to see if there are any changes in cardiac structural remodeling (ex: ventricular thickness), which if present could be another source of upside having important long-term prognostic implications beyond the scope of PIONEER/EXPLORER, which are not looking at long-term mortality outcomes and [are] focused on symptom improvement," he said. "Additionally, structural findings like this would correlate with potential improvement in outcomes and they would be considered as disease modifying."

Analyst Vamil Divan of Credit Suisse echoed Somaiya's enthusiasm for the data, increasing his estimate of success for mavacamten from 40% to 75% in an Aug. 7 note. Reiterating his "outperform" rating for MyoKardia stock, Divan said the data "helps to de-risk the overall MyoKardia story."