Who Will Solve The Shortage Problem? Hospital Non-Profit Is Latest Idea

Non-profit probably won’t ever be significant threat to industry – but frustration with chronic shortages could prompt policy changes that are. 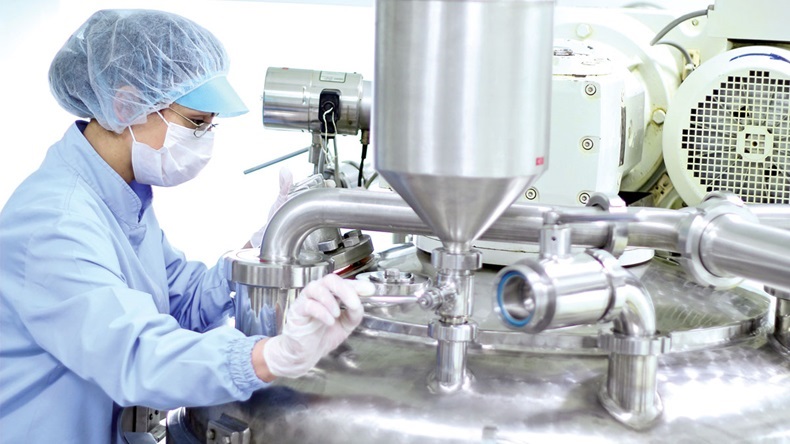 A group of 300 large hospital systems led by Salt Lake City-based Intermountain Healthcare plans to create a nonprofit generic drug company to address concerns about shortages of critical medicines – and to head off “re-pricing” actions for other therapies where a sole supplier decides to capitalize on monopoly power.

Or, to be more accurate, the hospitals say they plan to set up a non-profit manufacturer – and have advertised those plans in a New York Times article headlined, “Fed Up With Drug Companies, Hospitals Decide to Start Their Own.”

The pharmaceutical industry should get the message. A non-profit hospital supplier probably won’t ever be a significant threat to the business – but the frustration with chronic shortages could prompt policy changes that are.

The idea of hospitals (or other purchasers) cutting out their suppliers isn’t new. When the number of drug shortages reached national emergency levels in 2010, it was being discussed from the podium of meetings like the annual 340B Winter Coalition conference.

At that time, the emphasis was on shortages of critical cancer therapies, and a group of oncologists – lead by an experienced biotech entrepreneur, George Tidmarsh, announced plans to form a non-profit supplier to fill the void. There was a spate of articles in oncology journals about the plans for the Citizen’s Oncology Alliance in the fall of 2011. (Also see "A Short-Order Oncology Start-Up: Non-Profit Tackles Drug Shortages" - Pink Sheet, 1 Oct, 2011.)

However, there hasn’t been a lot of news about it since. (Tidmarsh is now CEO of La Jolla Pharmaceutical Co., although he still lists his role as President of Citizen’s Oncology Alliance on his Linked-In profile.)

As the Times article itself notes, there are a lot of reasons why it is easier to announce a new model manufacturing facility than it is to actually start one up. Getting FDA approval isn’t easy – and, with all the goodwill in the world – there aren’t a lot of shortcuts a non-profit can take.

But that doesn’t mean biopharma companies should ignore the initiative. The Times announcement reaches a lot of different audiences, including FDA and lawmakers. Both could take other steps that could help hospitals accomplish their goals (improved access to low-cost medicines) without requiring them to create a new, FDA-approved supplier.

While the absolute number of shortages has declined since 2011, the issue certainly hasn’t gone away. (The shortage of basic sterile injectable products in the wake of Hurricane Maria is particularly acute; in the D.C. area, some providers are advising patients to bring their own IV bags for infusion procedures.)

And, thanks to “repricing” actions by companies like Turing Pharmaceuticals AG – and more especially by Valeant Pharmaceuticals International Inc., whose “re-priced” products hit hospitals especially hard – the level of political sympathy for hospitals struggling with unexpected pharmacy costs is particularly high.

An Exemption For Hospital Compounding?

What could FDA do to help?

One option would be to make it easier for hospitals to compound their own versions of FDA-approved products. Under the 2013 compounding law (the Drug Quality & Security Act), routine compounding of copies of FDA-approved medicines is largely prohibited. However, there are exemptions for products in shortage.

More importantly, however, there is ambiguity in exactly what counts as “essentially a copy” of an FDA-approved product. Generally speaking, FDA has erred on the side of protecting the approval process, implementing policies that interpret the protection for approved products broadly.

As it happens, the Times article appeared the same day that FDA Commissioner Gottlieb announced a 2018 agenda for implementing the provisions of DQSA, coinciding with publication of the final guidances on the boundaries of compounding copies of approved therapies. (Also see "FDA Commissioner Outlines Priorities For Tightening Oversight Of Drug Compounding Facilities" - Pink Sheet, 19 Jan, 2018.)

The DQSA provisions were intended to encourage large-scale compounders to voluntarily agree to greater FDA oversight in exchange for being part of the new validated category. The hope was that most compounding would transition to the more regulated “outsourcing facility” model, providing greater assurance of quality and safety while still supplying products and dosage forms that are not otherwise commercially available – including providing a reliable source of products in shortage.

However, while there were estimates in 2012 that there were as many as 15,000 high volume compounders in the US that could conceivably register with FDA, the agency currently lists only 64 registered sites – and even fewer separate corporate entities.

In announcing the new guidances as part of its 2018 Compounding Policy Priorities Plan, Gottlieb stressed that “the goal is to make it more feasible, and lower cost, for a larger swath of pharmacies to transition to become outsourcing facilities.”

Gottlieb’s comments also emphasize that the agency’s goal is that “patients do not receive compounded drugs unnecessarily when an FDA-approved drug is appropriate to meet their medical needs.”

“A critical component of the FD&C Act is its restrictions on compounding drugs that are essentially copies of FDA-approved or commercially available products,” Gottlieb said. “These provisions of the law are an important mechanism to protect both public health and the premarket approval process.”

“Because they are subject to a lower regulatory standard, compounded drugs should only be distributed to meet the needs of patients whose medical needs cannot be met by an FDA-approved drug,” Gottlieb said. “This principle was a key feature of the DQSA passed by Congress.”

That said, Gottlieb also stressed that FDA has been listening to key stakeholders in shaping the policy – and that may be an opening to apply more liberal standards to hospital/health system compounders if the proposed manufacturing consortium proves unworkable.

The agency noted that it is looking at a special situation for hospitals and health systems while finalizing two guidances that interpret the statutory prohibition on routine compounding of agents that are “essentially copies” of approved products. Per the Federal Register notices announcing the final guidances, FDA said it received comments on the drafts from hospital organizations on the “potential implications for the proposed policies in the draft guidance for the preparation of compounded drugs used in inpatient settings.”

“The final guidance notes that FDA is considering the applicability of the policies described in this guidance to hospitals and health systems,” the Federal Register notices state. “We recognize that this issue is of interest to many stakeholders and will convey our further thinking on the applicability of these policies to hospitals and health systems publicly with an opportunity for comment.”

The potential exemption is anything but highlighted: it is relegated to the footnotes. But it is there: “FDA is considering the applicability of the policies described in this guidance to hospitals and health systems and intends to address these issues in separate guidance or rulemaking.”

There are other steps FDA could take. For example, the agency already permits importation of ex-US supplies of drugs in the context of shortage. That policy could be made more liberal – or even expanded to permit targeted importation to address “market failures” like those exemplified by Turing. (Also see "Targeted Importation: A Drug Pricing Mechanism For 'Predatory Actors' And An A-Pauling HHS Confirmation Dilemma" - Pink Sheet, 27 Dec, 2017.)

Surely, the best outcome for the biopharma industry is if it is viewed as fulfilling critical market needs. It is bad enough to fight arguments that medicines cost too much. It is far worse to appear not to care that hospitals can’t reliably source saline bags. We’ve argued before that brand companies should step in to the fill the void by proposing a national center for critical drug manufacturing. (Also see "Changing the Subject (Part 2): Turning Turing Around By Offering A “National Center Of Pharmaceutical Supply”" - Pink Sheet, 25 May, 2016.)

That may not be the right approach. But surely there is an opportunity for the people who know the most about manufacturing drugs to come up with a model to manufacture critical drugs reliably.

[Editor’s note: Thank you for reading this article. Please help us to better help you by taking our Pharma Feedback survey. Not only will your participation help steer our efforts to continually improve the content and delivery of our products – you’ll also have a chance to win one of four Amazon gift cards valued at $100 (US).]