Sputnik V COVID-19 Vaccine Causing A Stir In The EU 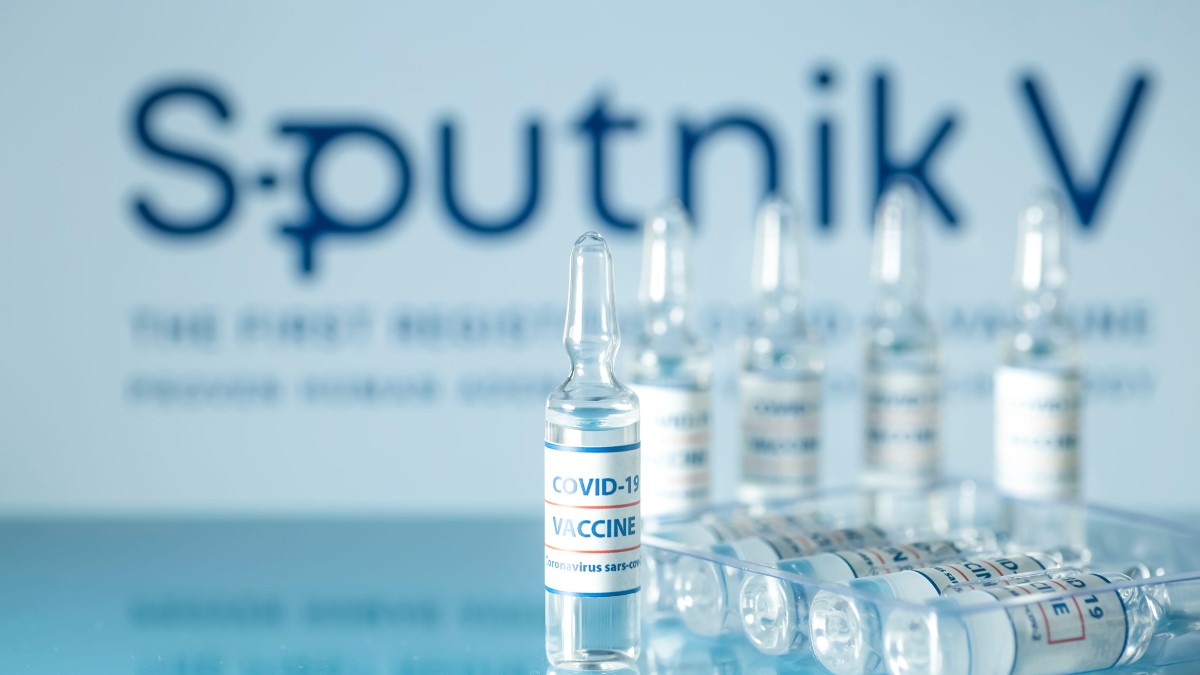 Russia's Sputnik V is not part of the EU's COVID-19 vaccine portfolio(Source:Alamy)

Amid renewed concern over COVID-19 vaccine supplies following warnings by European regulators about the risk of rare blood clots with the Oxford/AstraZeneca PLC vaccine, EU countries are increasingly eyeing up the pros and cons of using Russia’s Sputnik V. But the vaccine is at the eye of a growing political storm.

Sputnik V is undergoing a rolling review at the European Medicines Agency pending the filing of a marketing authorization application – provided enough satisfactory evidence has been submitted.

It stands out from all the other major vaccines in that the European Commission has not entered into any negotiations to buy Sputnik V on behalf of the EU member states. The commission signed advance purchase agreements with the other vaccines well in advance of their regulatory reviews for marketing authorization.

A spokesman for the commission, Stefan De Keersmaecker, said on 8 April that no talks were currently ongoing regarding the purchase of the vaccine.

He told the Pink Sheet that the health commissioner, Stella Kyriakides, had made it clear that “an advance purchase agreement for this vaccine is not envisaged as there is no confirmed production capacity in Europe, a key criterion of our joint EU Vaccines Strategy.” Also, he added, advance purchase agreements were meant to be concluded for candidate vaccines (ie, not for those that have already been registered).

De Keersmaecker also told a press briefing on 8 April that if a vaccine was not part of the commission’s COVID-19 vaccines portfolio, member states were entitled to sign their own contracts with the manufacturer, as was the case with Hungary, for example.

Hungary issued an emergency use authorization (EUA) for Sputnik V earlier this year, and has since received delivery of a batch of 500,000 doses. A similar authorization was issued by Slovakia, according to the Russian Direct Investment Fund (RDIF), which is backing the vaccine financially. (Slovakia Becomes Second EU Country To OK Use Of Russian Vaccine)

On 1 March Slovakia took delivery of 200,000 doses of the vaccine, a move that was defended by the prime minister Igor Matovic but led to a political storm and the resignation of the health minister, Marek Krajci.

But despite the Slovakian EUA, the batches apparently still have not been used because the country’s medicines agency, SUKL, says it does not have sufficient data on their benefits and risks. The agency told Reuters it could not make a decision "due to an amount of missing data from the producer, inconsistency of dosage forms, and [the] impossibility of mutually comparing batches used in various studies and countries.”

There have also been suggestions that the vaccines delivered to Slovakia are not the same as those used in a clinical trial whose results, published in The Lancet in February, have been cited as the grounds for rolling out the vaccine in the country.

In response, the Sputnik V Twitter account tweeted: “Reports that somehow Sputnik V vaccine in Slovakia is different from Sputnik V in clinical trials citing anonymous sources are fake. Unfortunately, we also expect additional fake news and provocations from enemies of Sputnik V in Slovakia who try to undermine the vaccine.”

The RDIF said it had asked the Slovakian government to send the vaccine to the EU certified laboratory for testing and that it had "sent a letter on April 6, 2021 asking to return the vaccine due to multiple contract violations so that it can be used in other countries."

Sputnik V has also stirred up discontent in the Czech Republic, whose health minister, Jan Blatný, was dismissed by prime minister Andrej Babis on Wednesday for his failure to support the use of the Russian and Chinese COVID-19 vaccines as well as some experimental treatments.

Blatný, who was reluctant to see Sputnik V rolled out before it has been authorized at EU level, had also been criticized by Babis over his handling of the coronavirus pandemic. He has been replaced by Petr Arenberger, head of Prague’s Royal Vinohrady University Hospital.

"Should the Ministry of Health address us, we are ready to provide expert cooperation and prepare an opinion on the basis of documents” – Czech medicines regulator

A spokesperson for the Czech regulatory agency, which is also called SUKL, told the Pink Sheet at the end of March that it had begun a preliminary review of the available information on Sputnik V, but that this “does not mean we have started an official process at the moment. By an official process we mean either the marketing authorization of a vaccine, which in the case of COVID-19 vaccines takes place centrally at the EU level, or allowing for an exceptional use of a non-authorized vaccine under pandemic situations.”

“Granting such an exception falls within the competence of the Ministry of Health in the Czech Republic, which asks for an expert opinion from the institute in this regard,” the spokesperson said.

“Should the Ministry of Health address us, we are ready to provide expert cooperation and prepare an opinion on the basis of documents. However, submission of all required documentation by the manufacturer is a necessary precondition for this. Such a request has not been received yet.”

In another recent move, Germany’s health minister, Jens Spahn, has said his country is preparing to open bilateral talks for the supply of Sputnik V, but only if the vaccine receives an EU marketing authorization.

The Sputnik Twitter account noted this development, saying: “Deliveries will be subject to EMA approval and will take place in the next 2 to 5 months.” It added: “As both Russia and Germany understand that saving lives is a priority and timing is of the essence, Sputnik V confirms that it can provide doses for 20+ million people in Germany in Q3.”

Meanwhile Sputnik V’s backers have denied claims by the Financial Times newspaper that the EMA is to launch an investigation into whether trials of the vaccine “broke clinical standards amid claims that they were not ethical.”

Henry Foy, the FT’s Moscow bureau chief, tweeted: “Russia used soldiers and employees of state companies in the trials. Proving that they were ethical and nobody was coerced into taking part – known as Good Clinical Practice (GCP) – is essential for the EMA to be able to approve Sputnik for use as a COVID-19 vaccine in the EU.”

The Sputnik V account replied that reports of a special investigation into the clinical trial were “incorrect.” It said the Sputnik V team was “going through a regular rolling review of EMA, in which good clinical practice is a part of the standard procedure for all vaccines.”

It said that “Sputnik V specifically invited EMA to conduct a rolling review and is showing full transparency. 59 countries already confirmed Sputnik V compliance with GCP and we expect EMA to do so as well. Fake reports by anonymous sources try to undermine the objective nature of EMA review and we ask media to please follow official EMA and Sputnik V announcement to avoid spreading incorrect information.”

“In contrast to 59 countries that authorized Sputnik V, there is an organized media campaign in EU daily attacking Sputnik and politicizing EMA approval," it added. "The explanation is simple: big pharma and political lobbies are afraid, knowing Sputnik V is one of the world’s best vaccines.”

"This is the normal procedure that we follow for many vaccines and medicines depending on our knowledge of the trials that have been conducted" – Emer Cooke, EMA

The claims about an inquiry into ethical standards in the trial were put to the EMA’s executive director, Emer Cooke, by an Italian journalist at the 7 April press conference at which the latest results of the agency’s safety review of the AstraZeneca vaccine were announced.

Noting that the EMA was looking at whether the available evidence on Sputnik V met the standards for an EU evaluation for marketing approval, Cooke said no special investigations were under way.

“Possibly what you are referring to is that we will be performing a GCP inspection in Russia… This is the normal procedure that we follow for many vaccines and medicines depending on our knowledge of the trials that have been conducted, [and] whether other authorities that we work with have also conducted similar inspections. So it is something that is entirely normal in the context of our evaluation process.”