A JAMA editorial asks whether mergers of academic institutions with non-academic health providers could undermine the perceived value of medical research. 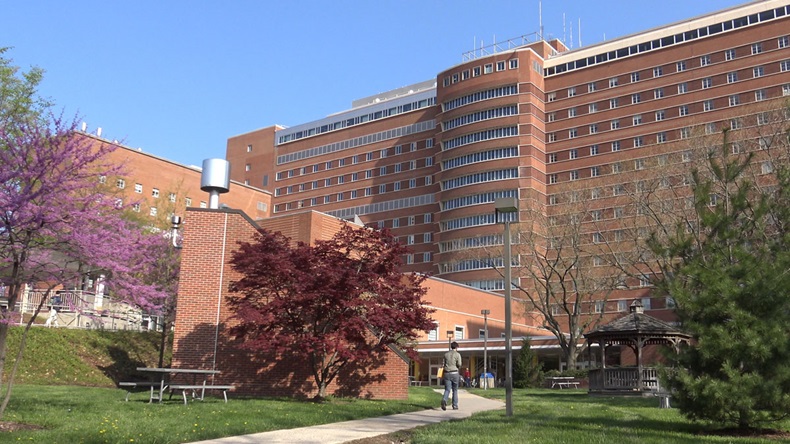 Consolidation in the hospital sector may offer opportunities for cost synergies, but some observers are concerned that the overall value of clinical research might get overlooked when an academic medical institution is absorbed into a for-profit health care entity.

An editorial in the Sept. 25 issue of Journal of the American Medical Association notes that roughly 20% of the estimated 100 or so annual hospital mergers involve academic medical centers. Such a transaction can improve the academic center’s purchasing power and leverage with payers and also provide an opportunity for more efficient staffing, but there may be a disconnect between the new partners that needs to be bridged so that the full value of supporting medical research is appreciated, write Paul Hauptman, St. Louis University School of Medicine; Richard Bookman, University of Miami's Miller School of Medicine; and Stephen Heinig of the Association of American Medical Colleges.

“Clinical research is encountering a ‘hyper-level of scientific and operating complexity,’ and pressures to generate clinical volume and revenue leave many academic researchers with limited ability to focus on investigative work,” the article states.

"New partners involved in mergers and acquisitions of academic medical centers, such as community hospitals and large specialty practices, may lack the infrastructure, institutional experience, and the knowledge base required to ensure that research occurs in an efficient and compliant manner.” – JAMA

“New partners involved in mergers and acquisitions of academic medical centers, such as community hospitals and large specialty practices, may lack the infrastructure, institutional experience, and the knowledge base required to ensure that research occurs in an efficient and compliant manner,” they continue. “Conversely, the potential inclusion of new patient populations in clinical research studies and opportunities for advancing delivery science from and to a broader base holds enormous promise. As a consequence, clinical research faces new challenges and, at the same time, unprecedented opportunities.”

While a merger may better position an academic medical center in a financial climate where it is harder for such institutions to continue to stand alone, the authors note a more revenue-driven mindset could threaten non-monetary benefits of clinical research including serving as a source of potential referrals, generating positive publicity for the merged institution, providing patients with greater choice and access to novel therapies, allowing for continued faculty development or promotion, and fulfilling the educational mission for students and postgraduate trainees.

A merger may combine a research-oriented staff with a workforce largely untrained in matters such as research compliance and clinical trial contracting, budgeting and billing. The non-academic institution also may lack or have limited experience with metrics that can evaluate effective implementation and execution of clinical research.

“As a result, mission-driven aspirations potentially conflict with the business reality of delivering high-value, quality care to patients in an economically constrained environment,” the article states. Uncertainty about how academic researchers will be rewarded for productivity under a new model can also result, and there can be questions about the value placed on time apportioned to research activities.

The authors suggest that discussions about the differences between a mission-driven and a revenue-driven operation take place before a transaction is finalized. For this to be fruitful, research leaders and clinical investigators need to be prepared to provide sound business and clinical justifications for the research they undertake or propose.

The article suggests development of a plan for the integration to include:

Danger lies in equating the near-term profitability of academic medical centers "with the health of the clinical research mission," the article concludes. "Rather, engagement with and support for the clinical and patient-centric research endeavors are imperatives,” the authors add.

Many of the same ideas apply to alliances between research-intensive institutions, they add. “Ultimately, systems that succeed will do so on the basis of the benefits that accrue from the knowledge gained and the continued growth and development of a workforce of health care professionals dedicated to the advancement of human health.”

The biggest impact of the consolidation among academic research and health care organizations for the biopharmaceutical industry could occur if a for-profit mentality diminishes an academic institution’s emphasis on basic science and translational research, Laurie Halloran, president and CEO of Halloran Consulting Group, told Scrip.

“I look at academic medical centers as being large research institutions, and if that [work] was impacted, there would be probably a huge outcry because there is so much basic science that is able to be translated into potential opportunities for changing clinical medicine,” she explained. “You have to break it down into science and translational research and later-stage clinical trials – and the former is critical. The latter perhaps not so much.”

“I look at academic medical centers as being large research institutions, and if that [work] was impacted, there would be probably a huge outcry because there is so much basic science that is able to be translated into potential opportunities for changing clinical medicine,” she explained. “You have to break it down into science and translational research and later-stage clinical trials – and the former is critical.”

There's less of a concern about the effects on clinical trial conduct. Except for trials involving very specific populations, she explained, academic medical centers are not considered as necessary to the success of clinical trial as they once were, in part because of how long it can take to get such a site up and running for a study. Whereas it might take roughly a year to get an academic medical center ready to participate in a trial, other methods of identifying and enrolling patients can require considerably less time.

“There are recent entries into the market where experiences with things like telemedicine and bringing the trial to the patient will likely even erode that necessity further, so while one might need an academic medical center for a very specialized or inpatient or very high-risk program where the sponsor needs the thought leaders, those centers of excellence are becoming less and less where the sponsor sees patients coming from,” she said.

If a merger between an academic medical center and a for-profit health care provider results in a more black-and-white method of evaluating cost efficiency, Halloran added, clinical trial work is less likely to be valued. “Clinical research in its [current] form within an academic medical is still a very complex series of activities that don’t often generate a lot of profit,” she pointed out. “Sometimes, they don’t even break even.”

Halloran, formerly an R&D executive at Parexel International Corp., OxiGene Inc. and Antigenics Inc. (now Agenus Inc.), added that she hopes such mergers occur in an environment where benefits less easy to understand than directly generating revenue are still appreciated.