As industry bellwether J&J kicked-off 2019 fourth-quarter and full-year earnings season for life sciences companies, its financial results left investors feeling the cold. But with coronavirus envy sweeping a raft of smaller biotech companies, J&J may have the last laugh. 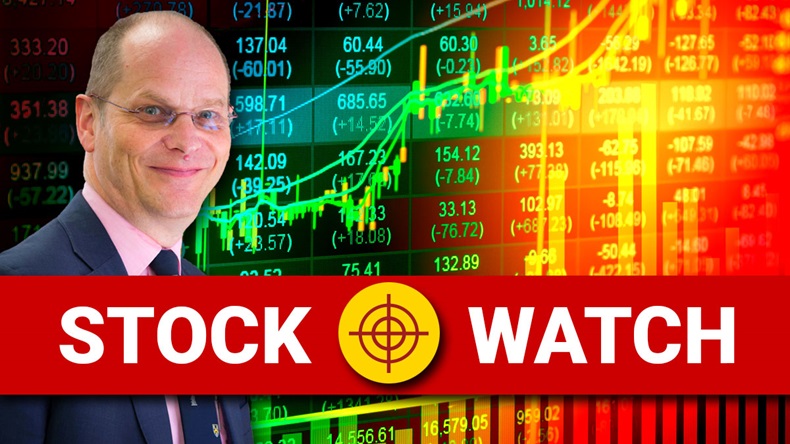 It is traditional for the largest healthcare company in the world to be the first to report in earnings season. Often, and because of Johnson & Johnson’s conglomerate status with its pharmaceutical, medical device and consumer divisions, J&J sets the early mood for life science earnings. For the fourth quarter and full year 2019, this mood initially looked chilly for J&J as it modestly missed analysts’ consensus estimates of revenues.

Revenue rose by 2.8% to $20.7bn for the fourth quarter (and by 1% for the full year) and was driven by the 4.4% rise in fourth-quarter pharmaceutical sales. This pharmaceutical performance continues to put its consumer and medical device divisions into the shade even in the face of biosimilar and generic competition to its former blockbusters Remicade (infliximab) and Zytiga (abiraterone) respectively, and foreign currency headwinds.  (Also see "J&J’s Gorsky Hails Strong Performance By Immunology Therapies Tremfya, Stelara" - Scrip, 22 Jan, 2020.) J&J’s annual earnings of $15.1bn – which were down 1% year-on-year but modestly beat analysts’ estimates – could not lift the stock price, which finished down just over 1% on the day of the announcement and 0.3% for the shortened trading week. This was probably due to its lackluster 2020 guidance that included 4-5% revenue growth.

Coronavirus R&D
While J&J was reporting on the tangible sales of its products, other companies that don’t have product sales were jumping on the coronavirus bandwagon. As fears rose for a global respiratory viral epidemic driven by the 2019-nCoV virus that started in Wuhan China and looked likely to depress the Chinese economy further, companies like Inovio Pharmaceuticals Inc., Moderna Inc. and Novavax Inc. among others were making the best of a bad situation.

Inovio announced that it had won a grant of up to $9m from a non-profit organization to develop a vaccine against the 2019-nCoV virus and its stock price responded with a nearly 20% jump on the week (against the NASDAQ Biotech Index’s 3.5% decline). Nearly two decades ago, Inovio was a DNA electroporation company targeting head and neck cancer. After that platform failed to generate a commercially viable product, it morphed into a DNA vaccine company. In nearly 20 years of failing to bring a product to the market, what is the likelihood that Inovio can generate a commercially viable DNA vaccine for 2019-nCoV in a few months?

As a fund manager through the tragic events of 11 September 2001, my fund’s performance was cushioned to some extent by its holdings in Human Genome Sciences Inc. and Acambis PLC. Although not as quick off the mark as Inovio, Human Genome Sciences announced both the development of its post-exposure anti-anthrax toxin monoclonal antibody ABthrax (raxibacumab) and its FDA fast track designation in 2003. This was followed in 2005 by the US government purchasing tens of thousands of doses of the investigational treatment to stockpile as part of Project BioShield. But it was not until after its acquisition by GlaxoSmithKline PLC, and following a complete response letter in 2009, that ABthrax was finally approved by the FDA in 2012. Monoclonal antibodies in 2003, like DNA vaccines today, were seen as a quicker way to bring products to market, although at the time, monoclonal antibodies had significantly more clinical validation than DNA vaccines have to date. It therefore seems unlikely that Inovio will break its product development duck any time soon.

Moderna announced a similar collaboration to Inovio’s but with an NIH facility with unspecified financial terms to develop an mRNA vaccine against 2019-nCov. Moderna was founded in 2010 and after a decade of work recently announced Phase I results from its mRNA vaccine against the herpesvirus cytomegalovirus (CMV) – a double-stranded DNA virus. (Also see "Moderna Edges Closer To Becoming A Mid-Stage Drug Development Company" - Scrip, 12 Sep, 2019.)  Moderna’s stock price rocketed up on this announcement and finished the week up by around 1%. Apart from the technical difficulties of applying its early development of a CMV mRNA vaccine to a rapidly mutating single-stranded RNA virus, the bullishness of Moderna’s announcement was probably misplaced. After the events of 11 September 2001, Acambis already had a smallpox vaccine in late-stage development with a stockpile supply agreement that included the potential for investigational use. But the product – ACAM2000 – did not gain FDA approval until 2007, a year before Acambis’s acquisition by Sanofi.  (Also see "Acambis Live Smallpox Vaccine Wins FDA Approval" - Pink Sheet, 4 Sep, 2007.)

Meeting The Market Need
The last commercial evaluation I did before I left a pharmaceutical company for investment management was on a systemically administered interleukin-2 receptor agonist (IL2-RA) for viral respiratory infections. The product was easily a bust when I compared the available clinical data to our OTC orally administered paracetamol/acetaminophen products whose time to symptom resolution was virtually the same as the IL2-RA. Sometimes nuts don’t need sledgehammers. How, therefore, are these bandwagon-jumping announcements on novel therapies from last week likely to be viewed in a few years? Well, one of the characteristics of a market bubble is that low quality stocks outperform high quality stocks.

For anthrax and smallpox, the individual and public health outcomes of an infection are dire and the unmet need obvious. For 2019-nCov, the mortality seems to be lower than recent non-Ebola viral outbreaks and irrespective of the time and difficulty to produce a stockpile of even an investigational-use product, the need for either a new DNA or mRNA vaccine seems debatable. For a viral respiratory disease normally resulting in the common cold with low mortality, the need may instead be for medicines that are widely available now, with almost no side effects and proven activity in treating viral respiratory infections. Step forward J&J’s McNeil Consumer Healthcare division, which – like other consumer healthcare companies – produces drugs that are cheap and effective at lowering temperatures, decongesting and reducing the time to recovery. Unlike full-year 2019, perhaps J&J’s first-quarter 2020 results will be buoyed by the demand for such treatments.

Andy Smith gives an analyst and former investor's view on life science companies. He joined the research house Equity Development in October 2019 having previously been an analyst at Edison group and a Senior Principal in ICON PLC’s Commercialization, Pricing and Market Access consulting practice. Andy has been the lead fund manager for four life science–specific funds, including 3i Bioscience, International Biotechnology and the AXA Framlington Biotech Fund, was awarded the techMark Technology Fund Manager of the year for 2007 and was a global product manager at SmithKline Beecham Pharmaceuticals.