After knocking Johnson & Johnson off its long-held top position last year, Medtronic has successfully retained the lead in the global medtech market for the second year running in Medtech Insight's MTI 100 rankings. Meanwhile, movement and reshuffling in the ranks continued among other top-tier industry players as they reaped the rewards from previous M&A deals and long-term growth strategies. In this article, we take a closer look at the top-10 overall players, and see who's leapt in front of rivals and who's left eating dust in Medtech Insight's 2017 edition of its annual ranking. 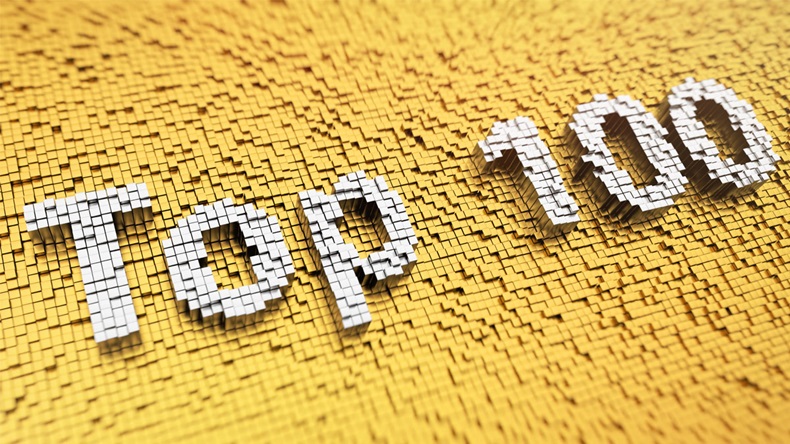 [Editors' note: For a detailed look at our top-100 ranking of the medical device industry and sector-specific lists, check out the "MTI 100: Company Rankings" page.]

Medtronic PLC has held strong to its leadership position in the global medtech industry for the second consecutive year, having raked in the most revenue from medical device sales in its most recently completed fiscal year.

The multinational easily knocked the once-reigning medtech champion Johnson & Johnson off its throne in last year's MTI 100 after J&J pared down its medical device division significantly just as Medtronic was bulking up with its $43bn acquisition of Covidien. (Also see "MTI 100: The Rise And Fall Of Medtech's Giants" - Medtech Insight, 16 Dec, 2016.). The 2017 edition of MTI 100 – Medtech Insight's roll call of the top 100 companies ranked according to their medical device- and diagnostics-related sales for their most recent completed fiscal year – show that the distance between Medtronic and J&J has grown even wider. Medtronic's revenue for fiscal 2017 (it's most recent fiscal year, which ended on May 31) increased 3% from the previous year to $29.71bn. J&J's medical device-related revenue, meanwhile, stayed virtually flat at $25.12bn.

And while some might think that Medtronic might be taking a rest away from the M&A trail after the Covidien merger, the medtech giant has continued to dig into its pockets to broaden its offerings in the past two years. Some of deals were small bolt-ons, but others were meatier transactions, such as its $1.1bn acquisition of HeartWare International Inc. and the $350m purchase of gynecological assets from Smith & Nephew PLC.

Indeed, Medtronic is proving itself to be a veritable driving force in the growth of the global medtech industry. Of the $166.7bn generated in fiscal 2016/2017 by the ten biggest MTI 100 companies, Medtronic's revenue alone accounted for nearly a fifth of that total.

The top 10 (See table below) of the MTI 100 highlights some companies that have climbed up the ranking through astute M&A moves and well-executed growth strategies.

One example is Philips Healthcare, which has succeeded in jumping up the most places and overtaking long-time imaging rivals GE Healthcare and Siemens Healthineers. Philips had been a diversified corporation similar to GE and Siemens – albeit on a much smaller scale – but its lighting and consumer electronics businesses was putting a drag on its other divisions, including health care. After selling off its consumer electronics business in 2013, Philips announced in September 2014 it was splitting off its lighting business and becoming a focused health-tech company combining its health-care and consumer lifestyle divisions. (Also see " INTERVIEW: Philips bullish about new HealthTech direction " - Medtech Insight, 12 Mar, 2015.) The following year was spent executing the reorganization and 2016 was the defining year in which Philips was able to fully capitalize on its new structure and sharpened focus. That efforts looks to have helped pull it from the brink and up the MTI 100 rankings.

Stryker Corp. and Abbott Laboratories Inc.. have also moved up a couple of positions, mainly through M&A. Stryker was the most prolific shopper in 2016, chalking up eight acquisitions in total, two of which were billion-dollar deals - $2.28bn for hospital disposables company Sage and $1.28bn for automated external defibrillator specialist Physio-Control.

2016 was a pivotal year for Abbott too in terms of M&A; it inked two significant deals – the $25bn acquisition of heart-device maker St Jude Medical and the smaller, but later proved to be extremely troublesome, $5.8bn transaction for IVD company Alere. Neither of these deals were closed within 2016 though – Abbott's top-line growth that year was largely organic; but the St Jude Medical purchase was completed in January 2017, which is why St. Jude's 2016 annual report was not available and it has subsequently been left out of this edition of MTI 100. (Also see "Abbott Becomes CRM Player Overnight By Completing St. Jude Deal" - Medtech Insight, 5 Jan, 2017.) Although some, including Medtech Insight's predicted that the Alere transaction was going to fall through after doubts were cast over Alere's bookkeeping and business practices, the two companies resolved their differences in April this year to complete the transaction. (Also see "Despite Legal Dispute, Abbott Set To Buy Alere for $5.3bn" - Medtech Insight, 18 Apr, 2017.).

With the addition of these two hefty businesses in 2017, it would be a safe bet that Abbott could find itself even higher up next year's MTI 100 table.

Abbott likely will not be the only firm continuing its ascent up the ranks. Becton Dickinson & Co.(up two places from last year to reach now No. 7) made one of 2017's largest acquisition – the $24bn deal for CR Bard Inc. to create one of the biggest vascular access company. (Also see "BD, CR Bard Merger To Create Vascular Access Device Giant" - Medtech Insight, 24 Apr, 2017.).

We might also see Mother Nature play a hand – to varying degrees – in companies' review rankings due to hurricanes that hit earlier this year, including September's Hurricane Maria and its devastating impact on Puerto Rico, where many large medtech players have facilities. Companies like Becton Dickinson and Lantheus Holdings Inc. have said that it is still hard to quantify in dollar terms just what the impact is of from the storm, while others have put some figures to the damage. Medtronic, for example, has estimated that it is likely to incur costs of $55m to $65m, with the majority of the impact coming from the firm's minimally invasive and restorative therapies groups. (Also see "Medtronic Lowers Hurricane Maria Cost Estimates" - Medtech Insight, 9 Nov, 2017.).

Also, several firms will be dropping out of next year's MTI 100 as they get acquired and absorbed. These include image-guided interventional therapy specialist Spectranetics Corp., which will enter the folds of Philips, and home-hemodialysis specialist NxStage Medical Inc., which has been acquired by Fresenius Medical Care AG & Co. KGAA.

Also of note is the rise of medtech players from China. As Medtech Insight expands its geographic coverage, this 2017 edition of MTI 100 includes four new Chinese entries – Shinva Medical Instruments (No. 47), Jiangsu Yuyue Medical Equipment (No. 78), MicroPort Scientific Corp. (No. 80) and Lepu Medical Technology (Beijing) Co. Ltd. (No. 85). These are cash-rich, growing companies that are looking to expand beyond their domestic markets, so it is worth watching out for them. MicroPort Scientific, for one, earlier this year acquired LivaNova PLC's cardiac rhythm management business, which generates about $250m in sales per year. This should greatly boost MicroPort's top-line and its position in next year's MTI 100. (Also see "China's MicroPort Bags A Bargain In LivaNova's CRM Unit" - Medtech Insight, 21 Nov, 2017.)

Below is the full MTI 100 ranking for 2017. This table, together with rankings for the top 10 IVD, Cardiology, Orthopedics and Imaging companies can be found on the MTI 100 page on the Medtech Insight website.