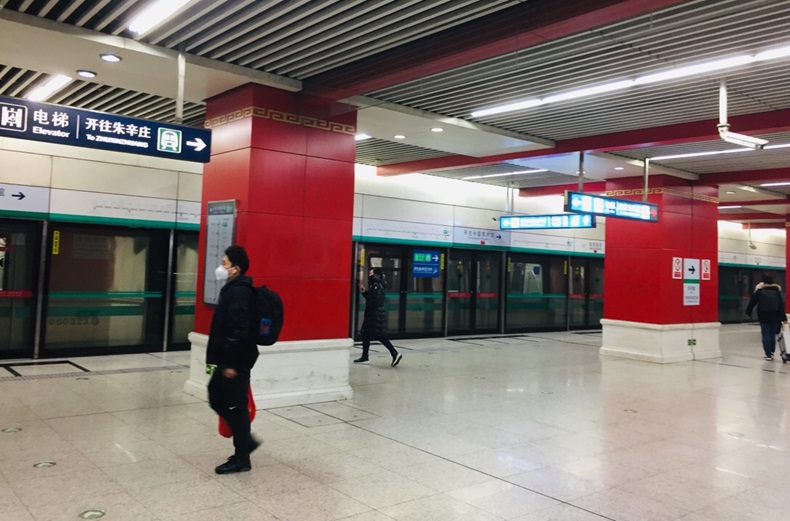 PEOPLE RETURN TO WORK WITH PROTECTION ON BEIJING SUBWAY

In the spring of 2013, a traveler from Guangzhou in China to Hong Kong fell ill and died within days of hospitalization, which triggered a widespread viral outbreak later known as severe acute respiratory syndrome (SARS).

By the summer of that year when the outbreak was eventually contained, health regulators in China had put in place an emergency response mechanism, which allows the rapid approval of antiviral treatments, rapid diagnostics and medical equipment.

Although the then Chinese regulatory agency, the State Administration for Food and Drugs (SFDA), is no more, the new mechanism to approve drugs in emergency situations lived on and has become relevant again during the latest crisis.

The system is now being put under a stress test as China's battle against the outbreak of the new coronavirus, now officially named SARS-CoV-2, enters its second month. (COVID-19 has been adopted of the official name of the disease resulting from the virus, not the virus itself.)

The SFDA document for the first time officially established an emergency approval pathway, outlining some main ground rules for such drugs, in vitro diagnostics and devices. The agency said it would review and approve applications on a rolling basis, accelerate the process and grant approvals to any product meeting the standards. The agency allowed the waiver of clinical trials for products that had been launched overseas or recommended by the World Health Organization.

Imported drugs to treat SARS (or other similar emergencies) were able to get expedited certification for import approval, noted the then SFDA.

After these first steps to establish an emergency approval pathway, China’s regulatory agencies have since improved the 2003 regulation with a formal document in 2005. The SFDA Decree 21, issued 18 November that year, provided comprehensive guidance for the emergency approval of drugs and devices amid any public health crisis.

The document for the first time required any applicant for the emergency pathway to communicate beforehand with the regulator and the SFDA would assemble an expert committee and decide on the receipt of the filing within just 24 hours. Upon receipt, the agency would start a technical review within 24 hours and notify sample testing to be conducted with five days.

The SFDA decree also required that a technical review decision be made within 15 days and if there was a need for supplementary materials, the review could be extended for five more days and a subsequent administrative review be completed within two days.

“China encourages the development and manufacturing of drugs in short supply, with large clinical needs, for major infectious diseases and rare diseases, which will be legible for priority reviews,” it noted.

Subsequent legislation, the Drug Registration Administration Law (DRAL) - which is still out for public comment - also has dedicated sections on emergency approval pathways. The DRAL’s Section 4 outlines a special approval pathway and procedures.

The special approval pathway, outlined in the law, requires simultaneous conduct of reviews, sample testing and inspections, and allows special drugs to be used in certain times and locations.

Since December 2019, when new cases of a SARS-like disease started showing up in Wuhan hospital emergency rooms, physicians started voicing cautions about a potential new virus outbreak. However, human-to-human transmission was not made public until after mid-January, when as many as 15 local physicians were confirmed to have been infected.

Since then, the government has been expediting approval reviews for new antiviral drugs, vaccines and medical equipment. The NMPA has created a fast track to encourage manufacturers of protection gear, existing products related to coronavirus or novel drugs that have not been approved. The agency is now combining sample testing and inspections related to the granting of production licenses and device registrations, which now can be conducted simultaneously.

Some medical equipment manufacturers have already taken advantage of emergency measures in place at the NMPA, which said that it has approved 72 device registration applications under its emergency approval procedures, including respiratory aid devices.

In the meantime, the agency is also working to get new devices to market quickly and also aims to stop manufacturers of fake and substandard products from exploiting the situation. In a notice issued last week, the agency said it will strengthen random inspection programs.

The NMPA’s Center for Drug Evaluation, the new drug review wing, has said all procedures should be conducted online and digitally and documents can be delivered by couriers and mail. The center has extended its telephone consultation time from three to five days a week.

The Genetic Materials Management Office, which manages one of the key processes for approvals of imported drugs in China, has said it will call an expert meeting to review applications and decide on whether to grant approvals; the final approval could be issued within just three working days.