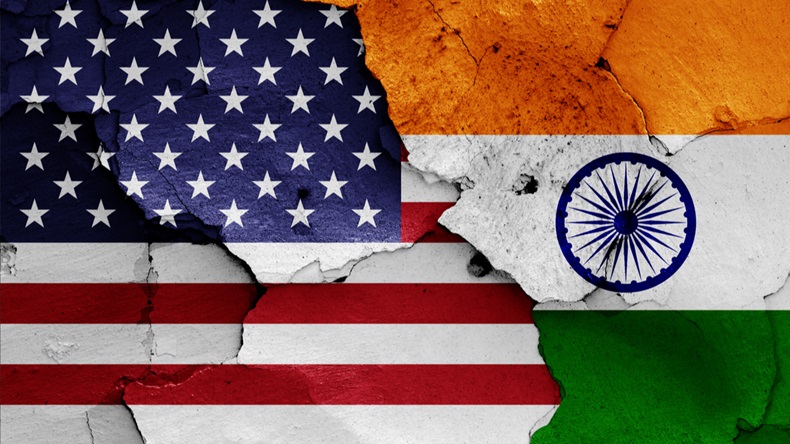 INDIA’S SUN HAS FACED DIFFICULTIES IN THE US

Sun Pharmaceutical Industriessaw its third-quarter profit nosedive by 26% year-on-year, pointing to a US generics market that remains “competitive and challenging” and where it is taking longer to win US Food and Drug Administration clearance for its complex and specialty offerings because they face a much higher approval bar.

“The regulatory expectations, especially for complex products, are far more and are constantly evolving compared to simple products,” Sun founder and managing director Dilip Shanghvi said after the firm reported third-quarter net profit that skidded to INR9.14bn ($128m) from INR12.4bn year-on-year, on sales that rose 5% to INR80.4bn.

“Currently, what we’re focusing on are mainly complex products. So that’s possibly holding up the approval,” said Shanghvi, who has been driving a move up the value-chain to fuel Sun’s growth.

US sales slipped by 3% year-on-year to $350m, dragged down by US generic unit Taro whose revenues slumped by 16% to $148m as price erosion offset volume growth.

US revenues improved quarter-on-quarter, however, led by the seasonal impact of speciality drugs Absorica (isotretinoin), for acne, and pre-cancerous skin cell treatment Levulan (aminolevulinic acid). Sun’s North America chief financial officer Abhay Gandhi said there was “a nominal de-growth in the generic business, if I look at it holistically. But then, we’ve been able to offset a lot of that by introducing three new products in the quarter. Febuxostat was one of the major launches we had.”

In fact, Sun’s third-quarter global specialty revenue grew by 30% from the previous quarter to $118m and specialty accounted for 21% of US revenues. Specialty revenues should gain momentum over the next two years, driven by a ramp-up in Ilumya and dry-eye treatment Cequa, analysts say.

Sun is currently a company in transition as it pivots to niche higher-margin specialty and complex drugs from low-margin “plain-vanilla” generics, for which US revenue growth fell sharply as competition brutally eroded pricing power. But it is still early days for Sun’s directional change to pay off meaningfully – and in the meantime “the US generic market continues to be competitive and challenging,” said Shanghvi.

The firm’s plan is to offset its shrinking basic generic business by developing a robust pipeline of specialty and differentiated products like plaque psoriasis treatment Ilumya (tildrakizumab), its first original biologic drug. Sun launched Ilumya in 2018 after licensing it from Merck as part of its new “search and development” strategy, which involves acquiring specialty medicines developed by others.

“We’re focused on controlling our costs and improving efficiencies in all parts of our business, while simultaneously increasing our investments in our specialty business,” said Shanghvi.

Meanwhile, Sun said it was experiencing “a sense of urgency” to establish acne treatment Absorica firmly in the market before imminent generic competition emerges. To do this, Sun launched Absorica LD, a 20% lower-dose format which features better absorption and flexible-dosage timings and so far has been “well-received,” the company says. In total, Sun has seven specialty assets. Shanghvi said Sun was seeing “gradual traction in its global speciality revenues” and over time expects the company to get enough early-stage innovations to derive 50% of sales from patented medicines. (Also see "Sun Sees Urgency To Establish Low Dose Absorica In US" - Scrip, 10 Feb, 2020.)

One of the biggest growth drivers has been Sun’s Indian domestic business, which launched 27 new products during the quarter and is doing well, led by cardiovascular, central nervous system and gastrointestinal therapies. India sales, as for most Indian drug companies this quarter, were a bright spot, climbing 18% to INR74bn while rest-of-world sales jumped 24% year-on-year to $155m, accounting for 14% of sales. Active pharmaceutical ingredient sales also jumped 18% year-over-year to INR5.03bn.

In India, Sun ranks at number one, with an 8.2% share of the highly fragmented market. And analysts expect its sales to keep growing in line with the industry average. Sun also said the Indian formulations market offers good long-term potential amid soaring lifestyle and other disease rates and the increasing affluence of the 1.3 billion population.

Sun “has one of the highest productivity metrics among peers” and “it is looking to expand field-force by 10%, which will further drive growth,” said HDFC analyst Bansi Desai. Sun’s strategy is in keeping with other Indian drugmakers that are also boosting their domestic market focus.

Emerging markets, contributing 17% to total sales, fell by 4% to $195m, driven by a drop in South African tender revenues. But Sun’s chief financial officer C S Muralidharan told analysts the main culprit for the third-quarter profit fall was other expenses such as higher depreciation, a drop in forex gains and higher taxes.

But in the US, the outlook is more muted for generics, which are still Sun’s main bread-and-butter. HDFC’s Desai forecasted that Sun’s generic business, including that of Taro, would fall further “on the back of low visibility of any-big ticket launches and price erosion in the base business.”

“We forecast margin to decline further to 44%”, Desai said, as competition in the important dermatological category “will drive higher erosion.”

Higher investments in research and development and promotional spending on specialty drugs will also be a drag on margins in the near-term, the company has cautioned. “At the start of this year, we had guided for R&D spending of 8% to 9% of sales. Given spending in the first nine months, we expect to end the year at a lower number. However, we expect higher R&D spend next year for the clinical trial expenses related to phase new indications [phase III trials for psoriatic arthritis] for Ilumya,” Sun said. Third-quarter R&D investments totalled INR5.27bn, accounting for 6.6% of sales, of which 24% was for specialty R&D.

Aside from its specialty product pivot being a work in progress, Sun has other overhanging risks. Sun said it has responded to the US FDA outlining how it will resolve eight observations for its key Halol facility. But analysts say there is a risk that resolution may take longer-than-expected.

There are also concerns about an adverse outcome to an Indian regulatory probe on a whistle-blower complaint alleging corporate governance lapses. In addition, Sun is facing a major US drug price-fixing lawsuit.

In the face of this mixed picture, while brokerages CLSA, Jefferies, Motilal Oswal and Nomura have maintained a ‘buy’ rating on the stock, other investment houses like Prabhudas Lilladher and Elara have a ‘reduce’ rating. Meanwhile, HSBC has a ‘hold’ rating and Morgan Stanley has an ‘overweight’ stance.

Indian brokerage Motilal Oswal, while keeping its ‘buy’ rating, said it was lowering its earnings per share estimates by 4% for fiscal years 2020 and 2021, and by 2% for fiscal 2022, to reflect delayed ANDA approvals, reduced tender business in emerging markets and a rise in R&D spending for clinical trial expenses related to new indications for Ilyumya over the next 12-to-24 months.