Industry advocates working to support GRASE determinations for eight UV filters are faced with a dilemma. They would like to share nonpublic studies with the FDA on a confidential basis – at least to get initial temperature readings from the agency as to the studies’ usefulness in addressing data gaps – but under the current OTC monograph framework, no such pathway exists. 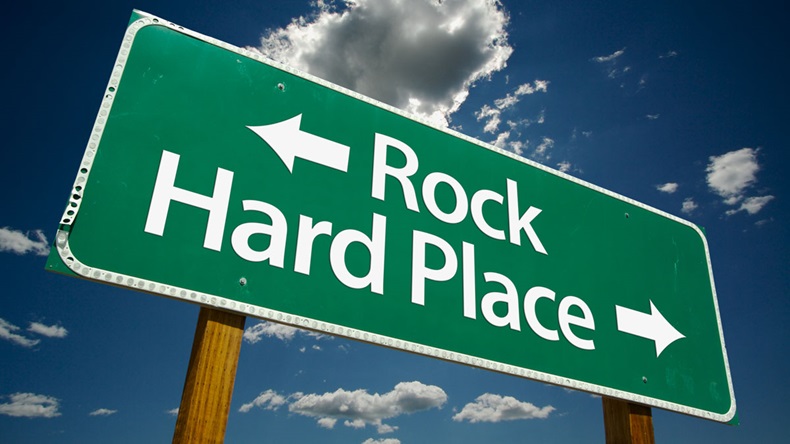 Industry is aware of nonpublic studies that could help to fill safety data gaps for UV filters under OTC review, but confidentiality concerns could make them difficult to produce.

The Personal Care Products Council and member companies raised the issue in a 21 November meeting with the US Food and Drug Administration to discuss their proposed work plan for supporting sunscreen active ingredients’ generally recognized as safe and effective (GRASE) status.

Going into the meeting, PCPC noted in questions posed to the agency – which the FDA answered on a preliminary basis – that confidentiality is a significant concern for companies that have provided sunscreen safety studies to regulatory authorities to meet requirements in foreign markets where such submissions are protected CBI.

“We anticipate that there are additional non-clinical toxicology studies that have been completed for many of our sponsored ingredients but are not in the public domain and are not our property since they are subject to other regulatory body consortium confidentiality agreements (eg, REACH),” the trade association said.

It added, “The costs to acquire such studies is likely to be substantial and we are uncertain if the quality of the data is enough to meet FDA expectations.”

Currently, the US OTC Drug Review framework, as opposed to FDA’s new drug approval process, requires data submitted for GRASE decision making to be included in public dockets, which can expose brands to liability and competitive risks they do not face abroad, industry says.

Industry advocates expanded on these issues in the public meeting with the FDA, held at its White Oak campus in Silver Spring, MD.

Eduardo Ruvolo, director of medical affairs, clinical operations and product research at Beiersdorf AG – which owns Nivea and acquired Coppertone from Bayer AG in August – referenced a wealth of dermal safety data and other studies available from leading brands while emphasizing the potential sensitivity of that information, which creates reservations about public disclosure. (Also see "Beiersdorf To Enter US Sun Care With Curiously Timed Coppertone Acquisition" - HBW Insight, 13 May, 2019.)

Carl D’Ruiz, DSM Nutritional Products’ senior manager of personal-care regulatory affairs, North America, noted the unfair advantage that can be gained by non-participants in the OTC monograph process if safety information – including brand/product names and formulation details – is made public.

“We’re kind of between a rock and a hard place, because many companies will not release the reports because they’re confidential and they have business at stake.”

Specifically, he said, “manufacturers of active ingredients that are not here and are not providing any safety information will take advantage of [our] data for capitalism purposes. They’re making low-cost products at commodity prices – mostly in Asia – and have no interest whatsoever in doing anything but making a product and making a profit, and we are not going to have any protection whatsoever in terms of what we have invested in doing the right thing. This is a real problem.”

The FDA’s Sharon Coleman, senior regulatory counsel in the Center for Drug Evaluation and Research’s Office of Regulatory Policy, said the agency is “sympathetic” to such pressures and understands industry’s interest in finding a balanced solution – for example, a mechanism by which the FDA could evaluate studies informally prior to their public submission and offer some indication, at least, as to whether the data will serve GRASE needs.

However, Coleman said, “we find ourselves in a bind, in that we are constrained by the monograph system, which requires us to consider only public data.”

She concluded, “We would like for there to be a pathway like what you’re describing, but there isn’t one currently.”

FDA has expressed support for confidential data sharing, at least in “certain circumstances.”

Unfortunately for the sunscreen industry, the FDA is demanding committed movement on sunscreen data generation sooner rather than later.

The agency requested in its proposed rule that existing safety data be submitted during the comment period that ended 27 June. It now seeks that information “as soon as possible.”

Further, the FDA shut down PCPC’s proposal for a “sequential” testing approach, under which industry would have conducted pilot and pivotal maximal usage trials (MUsTs) on a single UV filter in its priority list and base subsequent MUsTs on learnings from those studies, initially projected to wrap up in 2023.

Industry suggested in its draft work plan that some non-clinical data gaps also would be addressed after the initial testing phase, an idea the agency likewise rejected.

The FDA is insisting that industry undertake parallel MUsTs on all sunscreen active ingredients for which final rulemaking is deferred. Those deferrals remain up in the air at present, awaiting firm industry commitments to the agency’s satisfaction.

The agency also expects industry to begin tackling all data deficiencies identified in its proposed rule more or less simultaneously and without delay.

Theresa Michele, director of nonprescription drug products at the Center for Drug Evaluation and Research, endeavored to put the FDA’s demands in context, reminding attendees that sunscreen products with SPFs of 15 or higher and broad-spectrum protection can be labeled as effective at preventing skin cancer.

She continued, “So if we’re going out and telling the public, ‘Use this product, use it on a daily basis, use it whenever you go out in the sun, put it on every two hours, start when you’re six months old and wear it until you’re 100’ – that’s pretty significant. And we really need those safety data to support that use, because that’s the public health message that’s out there, and it concerns me that we would be saying that without the data to back it up.”

According to Michele, the FDA has tried to minimize the amount of data it is requesting from industry.

That said, study summaries, which could ensure some measure of confidentiality, are not adequate, FDA leadership maintains.

Agency experts noted at the meeting that they typically look at individual animal data when evaluating studies relating to dermal safety, carcinogenicity, and developmental and reproductive toxicity, and that such granular information is not routinely included in the summaries found in scientific literature.

FDA leadership did suggest the possibility of redacting information in submitted studies to conceal brand names and certain formulation details, an option that industry intends to explore with the agency further.

PCPC’s Executive VP and Chief Scientist Alexandra Kowcz said in a 25 November email to HBW Insight that the group is “discussing this with FDA to ensure that we’re able to sufficiently anonymize any documents that are submitted.”

Generally, she said, PCPC and its member companies “remain firmly committed to continuing discussions with the [FDA] in support of the Category I status of the eight UV filters identified in our work plan.”