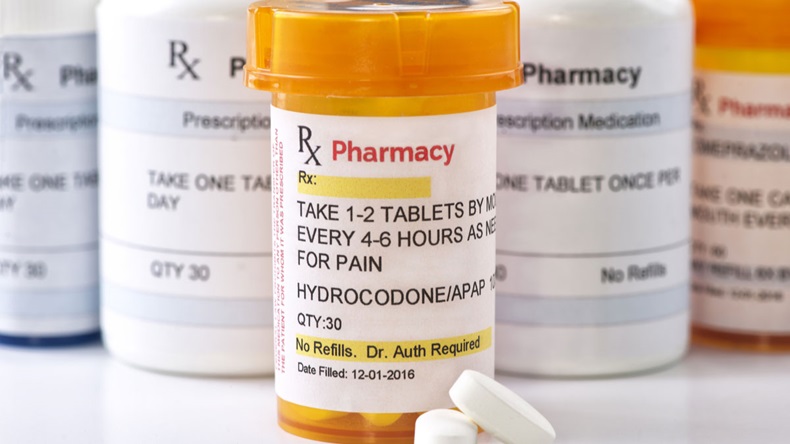 State attorneys general are expanding their investigation of opioid makers and distributors, intensifying the pressure on companies to change their sales and marketing practices.

At a Sept. 19 news conference, New York Attorney General Eric Schneiderman announced that a bipartisan coalition of 41 attorneys general had issued subpoenas to Endo International PLC, Janssen Pharmaceutical Cos., Teva Pharmaceutical Industries Ltd. and Allergan PLC, and a supplemental subpoena to Purdue Pharma LP demanding information and documents to see whether they have been misleading doctors and patients about the efficacy of opioids and their addictive power.

"We have to change the system of manufacture, sale and distribution of opioids in America" – NY Attorney General Schneiderman

The AGs also issued subpoenas to opioid distributors AmerisourceBergen Corp., Cardinal Health Inc. and McKesson Corp. Schneiderman said they are seeking information on whether the distributors neglected their legal obligation to flag suspicious orders for the Drug Enforcement Administration and if their employees were provided incentives in the form of bonuses for selling more dangerous and addictive drugs.

"We've never really had this commitment of resources from as many state attorneys general as we have now to really dig into the superstructure of the industry and understand exactly who provides what incentives, what can be done to cut down on this flow of drugs," Schneiderman said. "We have to change the system of manufacture, sale and distribution of opioids in America."

Individual state AGs have been investigating opioid manufacturers for several years. Endo reported in an SEC filing that in September 2014 it received a request from the Tennessee Attorney General's Office for information on the sales and marketing of opioids, including Opana ER(oxymorphone extended-release). And in August 2015, New Hampshire AG's Office subpoenaed Endo, Janssen and other pharma companies for information related to their opioid marketing practices.

Endo reported that it received a civil investigative demand from the Oregon Department of Justice in April 2016, an administrative subpoena from the Maryland Attorney General's Office in November 2016, a subpoena from the New Jersey Attorney General's Office in March 2017, and an investigative demand from the North Carolina Department of Justice in May 2017.

In addition to these investigations, numerous states, cities and counties have filed complaints against manufacturers alleging deceptive sales and marketing of opioids. The City of Chicago was one of the first to file suit in June 2014 alleging that Purdue, Teva, J&J, Endo and Actavis marketed their opioids to encourage people to use them beyond their approved indications. California's Santa Clara County and Orange County filed a similar complaint in 2014.

Additional suits have been filed against various manufacturers by the states of Mississippi, Missouri, Ohio, and Oklahoma. And in August, state AGs in New Hampshire and South Carolina filed complaints against Purdue.

Schneiderman said these lawsuits "have already chronicled what appear to be some deceptive marketing practices at these companies."

Impact Of Investigations Is 'Open Question'

John Richter, a partner at King & Spalding, said it's unusual when so many states get together and both Democrat and Republican attorneys general agree enough on an issue to pursue it. But he said they are looking for ways to address the opioid epidemic, and enforcement is one option in their tool box.

"What impact these investigations may have is really an open question," he said. "The more investigations you have, the greater chilling effect they have on all these actors in the marketplace."

Richter, a former US Attorney for the Western District of Oklahoma, said that these companies may reduce R&D on additional opioid-based products. And in the near term, the investigations will be expensive for companies and cause significant reputational damage.

"For affected manufacturers, it's a distressing situation to be in.” he said.  “For law enforcement, this is a prong of an overall strategy to try to reduce opioid abuse.”

Asked about the coalition's subpoenas, drug companies noted their commitment to the appropriate promotion and use of opioids.

"We have programs in place that educate prescribers, pharmacists, and patients on the responsible and safe use of these products. We are committed to working with the healthcare community, regulators and public officials to collaboratively find solutions," Teva said.

"We share the attorneys' general concern about the opioid crisis and we are cooperating with their request," Purdue stated. "This is a multifaceted public health challenge, and we look forward to working collaboratively with government entities to be part of the solution."

Endo said it shares in FDA's goal of appropriately supporting the needs of patients with chronic pain while preventing misuse and diversion of opioid products.

The AGs' announcement comes amidst a flurry of actions taken by various government entities to address the opioid crisis.

A group of 37 state AGs sent a Sept. 18 letter to America's Health Insurance Plans asking it to take steps to encourage its members to review their payment and coverage policies and revise them, "as necessary and appropriate, to encourage healthcare providers to prioritize non-opioid pain management options over opioid prescriptions for the treatment of chronic, non-cancer pain."

FDA Commissioner Scott Gottlieb said at a meeting last week that the agency is looking to reduce overall exposure to opioids by encouraging a reduction in dispensing of opioids. (Also see "US FDA May Change Opioid Labeling To Limit Dispensing By Indication" - Pink Sheet, 14 Sep, 2017.)

The agency has been playing an activist role to address opioid misuse and addiction. FDA recently requested the withdrawal of Opana ER from the market due to evidence its reformulated version resulted in a shift in the preferred route of abuse from intranasal to intravenous. (Also see "Curtain Falls On Opana ER As Endo Agrees To US FDA Withdrawal Request" - Pink Sheet, 6 Jul, 2017.)