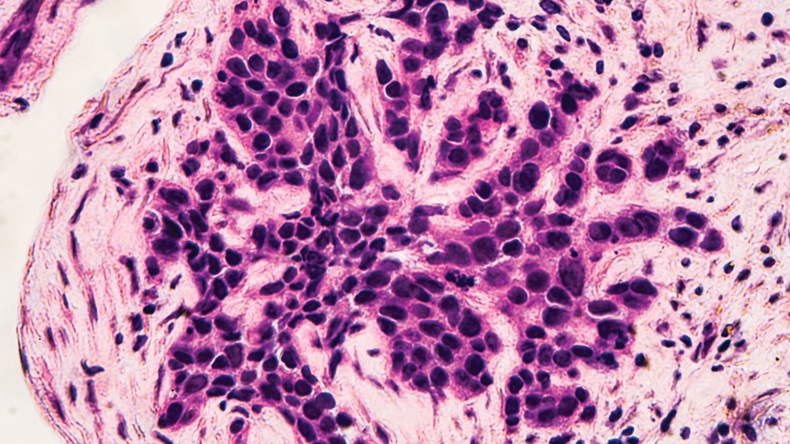 Experts at the European Society of Medical Oncology meeting in Barcelona, Spain, on 29 September said the overall survival (OS) data from both the MONALEESA-3 study of Novartis’s Kisqali (ribociclib) and the MONARCH-2 study of Lilly’s Verzenio (abemaciclib) strengthen the argument for starting all patients on one of these products in addition to endocrine therapy in the metastatic setting in hormone-receptor-positive, HER2-negative disease.

The two newer drugs are already approved in this setting based on previous progression-free survival data from these studies. Pfizer, which was first to market in 2017, presented its first OS data for Ibrance, a key secondary endpoint of its PALOMA-3 trial, at last year’s ESMO, showing a non-significant seven month benefit for palbociclib plus fulvestrant over fulvestrant alone, after a median follow-up of 44.8 months. That study included patients with HR+/HER2- advanced breast cancer who had relapsed or progressed on prior endocrine therapy.

With relatively little to choose between the products in terms of efficacy, tolerability profiles are coming come more to the fore as the two newer products aim to take market share from Ibrance in a setting that has been valued at up to $10bn. This will be a tall order: sales of Ibrance are expected to top $5bn this year as Pfizer recorded second-quarter revenues of $1.26bn.

The significant extension in survival met the early efficacy stopping criteria at a pre-specified interim analysis. At 42 months, estimated rates of survival were 58% for Kisqali combination treatment and 46% for fulvestrant alone.

Similar benefits in OS were seen in patients receiving ribociclib in both the first-and second-line settings to the overall population, including in patients who relapsed within 12 months of adjuvant treatment. The combination also delayed the need for chemotherapy (HR=0.696; 95% CI: 0.551-0.879). No new safety signals were identified.

“These data demonstrate a consistent, meaningful prolongation of survival with ribociclib with multiple endocrine therapy partners, regardless of menopausal status,” said lead researcher Dennis Slamon of the University of California Los Angeles, US.

“This is a significant, practice-changing report, in that we are now saying that patients with advanced breast cancer will have an overall survival benefit if they get the CDK4/6 inhibitor ribociclib upfront at the time of their recurrence, even if they have not had any prior endocrine therapy at the time of presenting with metastatic disease.”

He added that this challenged the argument that a CDK4/6 product should be saved for use after patients have failed on endocrine therapy alone. “The data from MONALEESA-3 clearly show that if postmenopausal patients receive this right up front there is a very significant benefit – not only in progression free survival, which had already been published – but now with this new report in overall survival – which is the hardest endpoint to reach, and the most important one in terms of making an impact on the disease,” Slamon said.

MONARCH-2
In MONARCH-2, the addition of abemaciclib to fulvestrant provided a significant overall survival improvement in patients with HR+, HER2- advanced breast cancer who had progressed on prior endocrine therapy, with an median OS benefit of 9.4 months. Median OS was 46.7 months for the combination compared with 37.3 months for fulvestrant alone (HR (95% CI) 0.757 (0.606- 0.945) p=0.0137).

The researchers said this OS benefit was consistent across subgroups including patients with poor prognostic factors such as visceral metastasis and primary endocrine therapy resistance.

At the time of analysis, 17% of patients in the abemaciclib arm remained on treatment (vs. 4% in placebo arm) after a median follow-up of 47.7 months.

Abemiciclib/fulvestrant also significantly delayed time to chemotherapy in MONARCH-2 by 60% in an exploratory analysis: 50.2 months compared with 22.1 months (p<0.0001). Again, no new safety concerns were found.

The lead investigator George Sledge of Stanford University School of Medicine said the “main take-home message from this study – and from other similar studies – is that CDK4/6 inhibitors significantly prolong the time patients remain in remission and significantly improve overall survival. Therefore it is very reasonable to think of these as standard of care options for patients with metastatic breast cancer.”

Another expert, Nadia Harbeck, University of Munich, Germany, commented, “All three of the CDK4/6 inhibitors powered their studies for progression-free survival and not for overall survival. Nevertheless, I think the data are strong enough, taken together, to give us certainty that this is really the way forward in this disease – to go for endocrine-based therapy plus CDK4/6 inhibition and not just endocrine therapy alone.”

The study discussant Sibylle Loibl of Goethe University in Germany told delegates that differences in populations and subgroup definitions between the trials mean they cannot and should not be compared. Nevertheless, she would “like to combine all the CDK4/6 clinical trial data in first and second-line and perform a meta-analysis to reveal any potential differences in subgroups.”

In the absence of such an analysis, the key question for the study sponsors is how well these new data will help them dislodge Ibrance. Both Kisqali and Verzenio reached the market in 2017 by which time Pfizer had entrenched Ibrance’s position particularly in the US. Worldwide sales of Kisqali in the second quarter were $111m while Verzenio’s were $134m.

The US Food and Drug Administration has just put in place warnings surrounding the drug class’s association with “rare but severe” inflammation of the lungs, which has focused attention on the products’ relative tolerability profiles as they battle it in the marketplace.

Novartis’s head of global drug development and chief medical officer, John Tsai, told journalists ahead of the ESMO meeting that he believed the OS data should start to tip the balance more in favor of Kisqali. The PFS benefits for the three products were similar but with positive OS data from two Phase III studies in pre-, peri- and postmenopausal patients “we are reinforcing the positive message of extending lives for patients across the board even in the treatment-naïve patients. I think this is a differentiator for us moving forward.”

“We’ve got these MONALEESA-3 data and MONALEESA-7 and also we are awaiting MONALEESA-2 OS data which [if positive] would be three studies out of three with OS which I think would be very difficult for the other CDK4/6s to achieve.” MONALEESA-2 is testing ribociclib combined with letrozole as first-line treatment in 668 postmenopausal women with HR-positive, HER2-negative recurrent or metastatic breast cancer.

For its part, Anne White, president of Lilly Oncology, told Scrip that the company does believe it can differentiate Verzenio on efficacy compared with Ibrance at least, given the OS data in MONARCH-2, saying it believes it has the “best-in-class” product.

Lilly is also looking to its benefits in patients with visceral disease and liver metastases who have a poorer prognoses. White said that doctors have quickly learned to manage Verzenio’s main side-effect of diarrhea with loperamide, and it also enjoys a neutropenia advantage over its rivals which means it can be dosed continually. A further differentiation could come with the results of the MONARCH-E study in 4,500 women with high early-stage disease “where we can make the biggest impact on lives,” she said.

Both companies are enjoying more relative success outside the US where the newer products have a greater market share.

Tsai said that in Europe Kisqlai is the number one CDK4/6 inhibitor in some countries. ”Obviously there are differences between various countries but overall we have up to 40% of market share in EU.”

White noted that Verzenio’s uptake had been healthy in Japan where it achieved 25% of market share in less than a year.