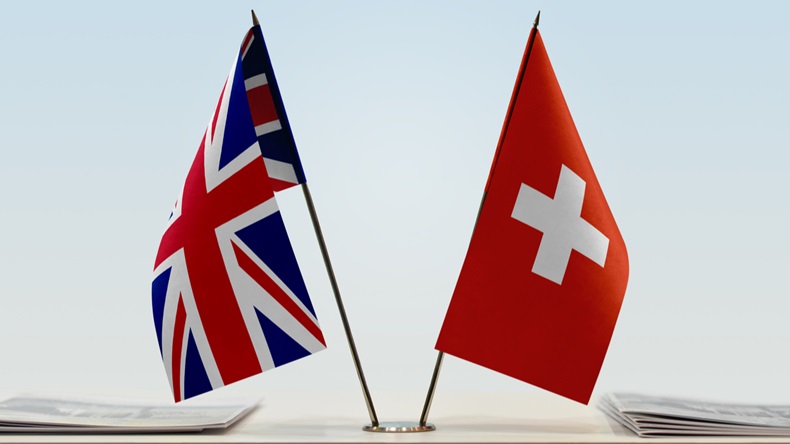 The Swiss government’s Directorate for European Affairs (DEA) has issued a notice confirming that the bilateral agreements between Switzerland and the EU will continue to apply to the UK until the end of the UK’s withdrawal agreement period with the EU* ̶  currently scheduled for 31 December 2020.

But the Swiss/EU mutual recognition agreement, (MRA), which underpins reciprocal recognition of medical devices certified in each market looks likely to fall apart. If it does, this could also impact Switzerland’s barrier-free trade with the UK – as with the EU ̶  before the new Swiss/UK arrangements can apply.

While the Swiss government and European Commission continue to work to find a solution, the medtech industry is fearful of the impact on trade of them failing to find one.

The UK and Switzerland have already been in talks to create arrangements that would apply after the end of the UK’s withdrawal agreement, with the aim of ensuring a new set of bilateral agreements that will apply from 1 January 2021, to ensure trade continues with minimal disruption.

However, Switzerland and the UK cannot begin their own trade or customs agreement until the end of the UK/EU withdrawal agreement.

In February 2019, the countries published a policy paper entitled UK and Switzerland Memorandum of Understanding (MoU). Among their commitments is to continue discussions about trade continuity before the UK/Swiss trade agreement comes into effect. Given the UK is currently reviewing its future in terms of its medical device regulations, this will be a cornerstone of any future trade talks.

Also among the aims of the MoU is to put in place mutual recognition of conformity assessment bodies in time for when the UK-Switzerland trade agreement comes into effect. But this, too, would depend on both countries having compatible regulatory systems in the future.

Swiss And UK Notified Body Numbers At All Time Low

Interestingly, both countries have seen their notified body numbers  ̶  as designated under the medical device directives – dwindle from five each a few years ago to just one in Switzerland (SQS), and two in the UK (BSI UK and SGS).

BSI UK is already designated against the EU’s Medical Devices Directive. SQS, meanwhile, has told Medtech Insight that it is confident a political solution will be found between Switzerland and the EU which will allow barrier-free trade to continue and that SQS is “well on the way to achieving the MDR designation that we are aiming at, and intend to have SQS, as planned, designated by Q2 2020.”

Until the end of the EU/UK withdrawal agreement period, the UK will remain part of the EU single market and customs union and will continue discussions with the EU on future trading arrangements.

If the EU and UK fail to reach agreement by the end of 2020 on a future trading relationship, then this will result in the “no-deal” scenario.

The implications of a “no deal” have been long discussed and it is a situation for which the UK is well prepared, having drafted an amended set of medtech regulations that would have been ready to implement on 31 January had a no-deal scenario emerged.

The Swiss will continue to seek barrier-free trade with the EU but will also seek trade with as few barriers as possible with the UK by expanding its trade relations with the country.

Because Switzerland is a non-EU member, its medtech regulations are based on Switzerland’s own legal basis as well as under the MDR. This means that, in theory, it would not be too difficult for Switzerland to accept products from other, non-EU regulatory systems.

Where The UK Currently Stands

The UK industry continues to ask for regulatory alignment with the EU, particularly in the short-term, Phil Brown, director of regulatory and compliance at the Association of British HealthTech Industries, told Medtech Insight.

Given that MDR fully applies from 26 May this year in EU law, including in UK law under the withdrawal agreement, this will be the status quo for at least the rest of the year, and could create a precedent for the future UK medtech regulatory direction.

But there is also talk of the UK examining future regulatory possibilities that align with the principles of the International Medical Device Regulators Forum (IMDRF) and its documents as a fundamental basis.

The UK’s Medicines and Medical Devices Bill (MMD) bill, recently laid before the UK Parliament, “doesn't include wording for future regulation per se, but gives the government the ability to make changes to existing legislation,” Brown said.

It also increases the enforcement requirements of the regulation, he noted., adding that he does not know yet “in which direction this is going.”

Switzerland is not a member of the EU but has an MRA with it, which is a basis to allow free trade in medical devices with all the countries of the EU and to allow the recognition of conformity assessment certificates issued by each other’s notified bodies.