Targeted Omega-3 Supplementation Could Save Up To €64.5bn In Healthcare Costs, Food Supplements Europe Claims 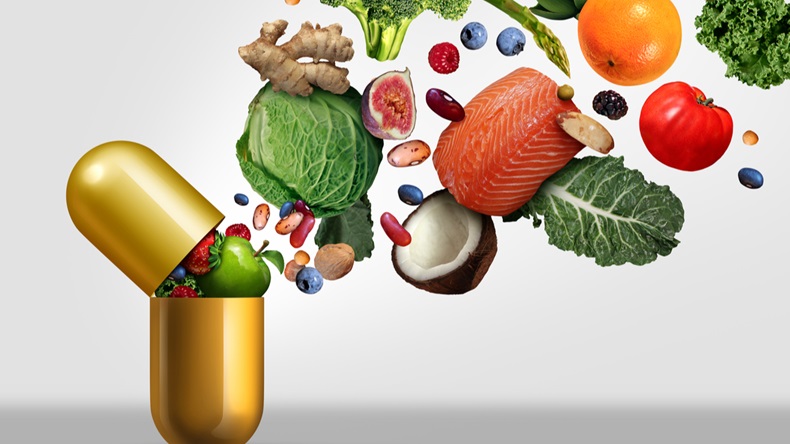 TARGETED SUPPLEMENTATION COULD SAVE TENS OF BILLIONS

Food Supplements Europe (FSE) has published a position paper arguing that targeted supplementation in key areas of public health could save tens of billions in healthcare costs across Europe over a five-year period.

Omega-3, calcium, phytosterols and vitamins D and B9 (folic acid) should be a focus for targeted supplementation in the short term, FSE argued, as adequate levels were either difficult to achieve through normal diets or in higher doses could prevent potentially costly chronic diseases.

“In an ideal world, all nutritional requirements for health would be met by an adequate and varied diet,” FSE explained. “But, millions of Europeans are not achieving dietary reference values (DRVs), let alone the levels required for optimal nutritional status and health.”

While a “full spectrum of micronutrients and fatty acids” was necessary for people to achieve their DRVs, FSE insisted that targeted supplementation in groups at risk of chronic disease would help policy makers achieve significant cost savings for overstretched healthcare budgets.

To evidence this claim, FSE commissioned three ‘case studies’ to show the cost-savings of targeted supplementation with omega-3, phytosterols and a combination of calcium and vitamin D respectively.

In the first case study, FSE claimed to have found that 1g of omega-3 taken daily as a dietary supplement could lead to a 4.9% reduction in the relative risk of cardiovascular disease (CVD) events, resulting in a potential healthcare cost saving of €64.5bn ($73bn) over a five-year period.

“Studies reveal that fish oil supplementation reduces all-cause mortality and sudden death,” FSE explained. “A review of the evidence suggested that 24% of adults aged over 55 years are expected to have a CVD-attributed hospital event in the next five years at a cost of €34,637 per event.”

Targeted supplementation with omega-3 could reduce the risk of CVD events in such groups by 4.9%, which FSE calculated would realise a €2.29 cost benefit for every €1 spent on these supplements.

In a second case-study, FSE explained that a 1.7g supplement of phytosterols – cholesterol-busting plant sterols and stanols – per day could save €26.5bn over a five-year period.

“Raised serum low-density lipoprotein (LDL) cholesterol is a risk factor for CVD, affecting 31 million European adults aged 55 years or above,” FSE pointed out. “For every 1mmol/L reduction in LDL-cholesterol, the relative risk of a cardiovascular event is reduced by 26.6%, irrespective of whether this is achieved by diet or medication.”

Targeted supplementation with phytosterols could reduce the risk of CVD events in at-risk groups by 2.3%, FSE argued, delivering a €4.37 saving on avoidable heart health costs for every €1 spent on these supplements.

In the final case study, FSE reported that daily supplementation with 1000mg calcium and 15µg vitamin D could achieve an overall five-year saving of €19.8bn.

“Osteoporosis is a huge health burden affecting over 27.8 million older adults, most of these women,” FSE noted. “The cost of treating osteoporosis-attributed bone fractures is over €26.4 billion per year in Europe, a cost which is expected to grow as populations age.”

Targeted calcium and vitamin D supplementation could reduce bone fracture incidents by 15%, FSE maintained, and deliver a €3.47 cost saving for each €1 spent on supplements.

Vitamin D was one of many essential vitamins and minerals for which consumers were failing to meet DRVs in many European countries, FSE insisted.

Fewer than one in 10 Belgians, for example, consumed the recommended amount of fruit or vegetables, FSE pointed out.

"This pattern is seen across the European Union,” it added. “Despite clear guidance on DRVs, dietary surveys reveal time and again that specific nutrients pose a concern.”

A review of 21 European countries found that not one had met more than 40% of DRVs for macro or micronutrients, FES continued. This meant millions of Europeans were failing to achieve DRVs, it explained, let alone the intakes required for optimal nutritional status.

Optimal nutritional status, FSE said, went beyond deficiency and provided a “nutritional platform for optimal health and function,” as well as generally lowering the risk of chronic diseases.

While scientific studies and economic analyses had shown targeted supplementation to be an effective way of bridging the gap between deficiency and optimal intake, as well as a means of saving costs for over-stretched healthcare budgets, FSE asserted that European policy makers now needed to take this advice forward in practice.

“Business as usual in nutrition is not working,” it insisted. “Despite the best efforts of health educators, significant groups in the populations are either at risk of deficiency or failing to achieve optimal nutrient intakes.”

“This is having an impact on health outcomes, particularly for vulnerable groups of people, and those experiencing social deprivation who tend to have less healthy diets,” FSE continued.

“Targeted use of food supplements is a cost-effective way to bridge the gap between dietary recommendations and current intakes,” it added. “The benefits of supplementation can help to save lives and significantly reduce healthcare costs.”

“The scientific evidence is in place,” FSE concluded. “All that is now needed to leverage these benefits is the will of policy leaders to integrate this into policy.”