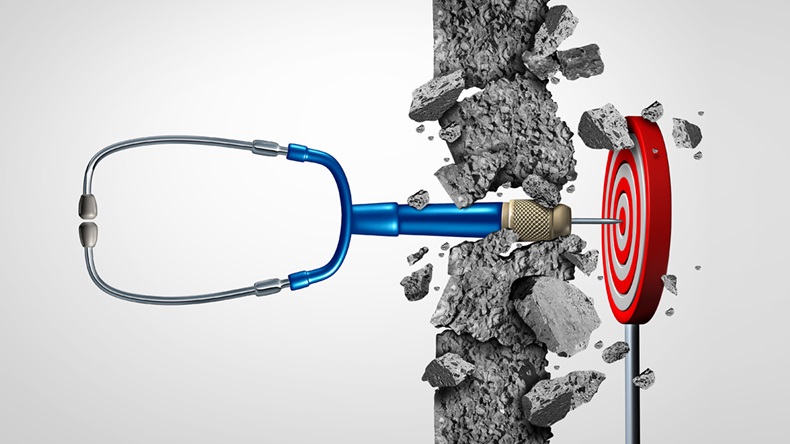 Bolstered by the magnitude of the survival benefit seen for Tecentriq  in the Phase III IMpower133 study in small-cell lung cancer, Roche’s clear lead in the modestly sized setting takes a bit of the edge off the PD-L1 inhibitor’s position in the larger non-small cell lung cancer market, where it continues to fall behind Merck & Co. Inc.'s competingKeytruda.

About 15% of all lung cancers are the small-cell type and there are an estimated 27,000 new cases diagnosed each year in the US. The five-year survival rate is only 2% and there haven't been new treatment options in the first-line setting in decades.

Morningstar Research has forecast that in 2022, the NSCLC market for PD-1/L1 inhibitors will be worth $17bn versus $2bn for SCLC. Updated results for the Tecentriq (atezolizumab)-based regimen in the IMpower132 first-line NSCLC study presented on Sept. 24 at the International Association for the Study of Lung Cancer (IASLC) World Conference on Lung Cancer (WCLC) left analysts wondering if the combination will show an overall survival benefit and ever catch up to Merck's PD-1 inhibitor Keytruda (pembrolizumab). (See sidebar.)

The news was more encouraging on the SCLC front.

Median progression-free survival (PFS) was 5.2 months for Tecentriq vs. 4.3 months for placebo, also a statistically significant result, with a 23% reduction in the risk of progression or death in a final analysis.

"Exploratory subgroup analyses showed no clear suggestion that blood-based tumor mutational burden levels at either cutoff (10 or 16 mutations per megabase) were predictive of benefit with atezolizumab in this population. These results are in contrast to previous studies that suggested an association between higher tumor burden and better clinical outcomes in patients receiving cancer immunotherapies," Horn and colleagues reported.

It may be because the chemo regimen used in the study was highly active and myelosuppressive, the investigators explained.

The most commonly reported adverse events in the study were neutropenia, anemia and alopecia. The rates of Grade 3/4 adverse event rates were similar and there were three deaths in each study arm.

Alan Sandler, global head of the lung cancer franchise at the Roche subsidiary Genentech, confirmed in a Sept. 25 interview that the company submitted the data to the US FDA "a couple of days ago." Roche also plans to submit the data to other regulatory authorities, including the European Medicines Agency.

The data give Roche a clear lead in SCLC for now.

Bristol-Myers Squibb Co.'s competing PD-1 inhibitorOpdivo (nivolumab) received accelerated approval in August from the FDA in this tumor type, but it was for a later line of treatment in SCLC, after progression on platinum-based chemotherapy and at least one other line of therapy. (Also see "Bristol's Opdivo Enjoys IO First-Mover Advantage In Small Cell Lung Cancer " - Scrip, 17 Aug, 2018.)

The Opdivo approval was supported by the open-label Phase I/II CheckMate 032 study, in which Opdivo demonstrated very modest efficacy – a 12% response rate. However, the current standard of care in that later setting –Novartis AG’ s Hycamtin (topotecan) and generics – is difficult to tolerate, so the Opdivo monotherapy would still have a role. Now, however, it's unclear whether Opdivo would have a role after a first-line regimen with immunotherapy.

Bristol is not testing Opdivo in combination in the first-line SCLC. However, its CheckMate 451 study tests Opdivo or Opdivo with the company's CTLA-4 inhibitorYervoy (ipilimumab) as a consolidation therapy in extensive-stage SCLC after completion of platinum-based first-line chemotherapy. Bristol's Phase III CheckMate 331 study compares Opdivo versus chemotherapy in relapsed SCLC. Both studies are expected to report by the end of the year.

IMpower133 is the first study in more than 20 years to demonstrate a meaningful improvement in survival over the standard of care in first-line (1L) SCLC, Jefferies analyst Ian Hilliker said in a Sept. 25 note.

"This is an area of high unmet need and the 1L SCLC setting represents a significant commercial opportunity for Roche. As the first to demonstrate an improvement in OS, Roche are now ahead of competitors in 1L SCLC with both Merck and AstraZeneca's Phase III 1L SCLC studies not due to complete until Q1 2019," Hilliker said.

Jefferies is modeling $1.25bn in peak sales for Tecentriq in SCLC.

Looking ahead, Roche is interested in exploring ways of improving efficacy in the first-line SCLC setting, including adding another therapy to Tecentriq in the maintenance phase, and to develop options in the second-line setting after first-line immunotherapy, Sandler said. The company also is working on treatment for the one-third of SCLC patients with limited- rather than extensive-stage disease.

"We are working furiously in that particular area now as well," he said.