The Art Of Contract Negotiations

Janssen Biotech's Immunology President Scott White defended the company's Remicade contracting strategy in an interview and outlined why J&J believes it has been unfairly targeted in an anti-competitive lawsuit filed by rival Pfizer. 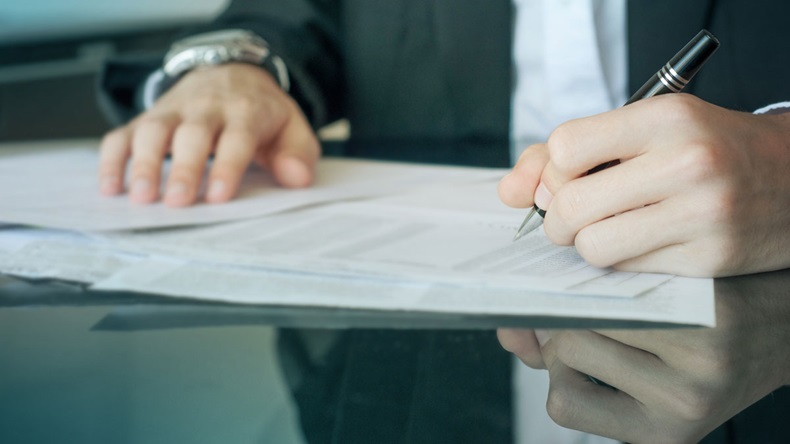 Biosimilars are not small molecule generic drugs and therefore generic-like commercial dynamics should not be expected in the biosimilar market: that's the crux of Johnson & Johnson's justification for tough contract negotiations with payers for Remicade (infliximab), which rival Pfizer Inc. says have unfairly blocked its biosimilar Inflectra (infliximab-dyyb).

J&J's Janssen Biotech Immunology President Scott White talked with Scrip Oct. 11 about the commercial dynamics in the infliximab market following the launch of the first biosimilar last year. He also pushed back against allegations by Pfizer in a lawsuit filed in September that its contracting arrangements are anti-competitive.

"First and foremost, we don't believe that the Pfizer lawsuit has any merit," White said. "The way we contract in the marketplace today is essentially no different than the way we were contacting prior to biosimilar launches."

The approach is largely the same, "but the level of discounts we provide is deeper because the overall market is more competitive, which includes biosimilars and goes beyond biosimilars," White said. "We are competing against all of these products and so we provide our competitive lens looking into the marketplace in its entirety."

Pfizer's Inflectra, developed with partner Celltrion Inc., is the first biosimilar monoclonal antibody to reach the US market, and the launch is being closely watched as a measure of how the US biosimilar market might unfold. However, lackluster sales of Inflectra in the first year of its launch might be making biosimilar manufacturers anxious about the challenges ahead. J&J has largely been able to maintain Remicade's share of the infliximab market. Remicade accounted for 98% of the infliximab market as of the second quarter, according to J&J. The drug is J&J's top-seller, generating $6.97bn in sales in 2016.

Steep discounts and aggressive contracting with payers has been one of the keys to J&J's success in holding onto market share, but Pfizer, in the high-profile lawsuit it filed, says J&J crossed a line by coercing payers to block Inflectra from their formularies entirely in order to receive those discounts. (Also see "Pfizer Sets The Stage For A Biosimilar Showdown Over Exclusive Contracts" - Scrip, 20 Sep, 2017.) Because Remicade is already so widely used and entrenched in the market, J&J's discounts would top anything Pfizer could offer on Inflectra when the volume of prescriptions is taken into account.

Exclusive contracts, as they are known, exist in the brand-to-brand market but at the heart of Pfizer's case are questions about what exclusive contracts could mean for the burgeoning biosimilar market in the long-term, if innovator companies compete on price and payers accept the arrangement.

White didn't dispute the allegations in Pfizer's lawsuit when it comes to J&J's contracting strategy, but argued that the contracts are lawful and that the company hasn't changed its market access strategy for Remicade in any significant way since the launch of Inflectra.

"I believe that the intent [of the Biologics Price Competition and Innovation Act] was to create a pathway for biosimilars to increase the level of competition," White said. "The more competitive the marketplace, the better price and value is going to be demonstrated in the marketplace." The intent of the law, he maintained, wasn't to guarantee generic-like activity in the market for biosimilars, referring to the swift price erosion and coinciding market share erosion for brand drugs that typically occurs when a small molecule generic drug enters the market.

J&J is offering steeper discounts on Remicade, though White declined to quantify the level of the discount.

"When we provide a contract with a payer, we provide a bid, and the bid looks at different contracting or pricing terms for a preferred position, a parity position, a step-through position in terms of a variety of discounts we provide," White said. "We submit the grid. We find out where we stand at the end."

J&J, like many drug manufacturers, also ties some discounts to other portfolio products, a tactic known as bundling. White said each of the company's product contracts stand independently but acknowledged the company does offer an "incremental" discount to payers who buy a portion of the portfolio or the entire portfolio.

The big challenge for new medicines, whether new brands or biosimilars, he said, is going up against a trusted entrenched medicine like Remicade. The early adoption rates for Inflectra are not that different from the adoption rates of new branded biologics, he insisted. And new patient starts – the patients most likely to try a new product like Inflectra – are limited to about 20% to 25% of the market.

"It takes time to drive adoption in the market," he added. "The lawsuit was generated well before biosimilars have had a year in the market, so I would say it's unclear how the market is going to evolve. I wonder if the effort was premature."

Indeed, the market will surely be evolving as more biosimilars reach the market and as outstanding legal issues are taken up in court. Merck & Co. Inc. already launched a second biosimilar version of Remicade in July, Renflexis (infliximab-abda). Merck hasn't provided much in the way of commentary yet about how Renflexis is being received by payers, but another competitor will surely only intensify the pricing pressure in the category.