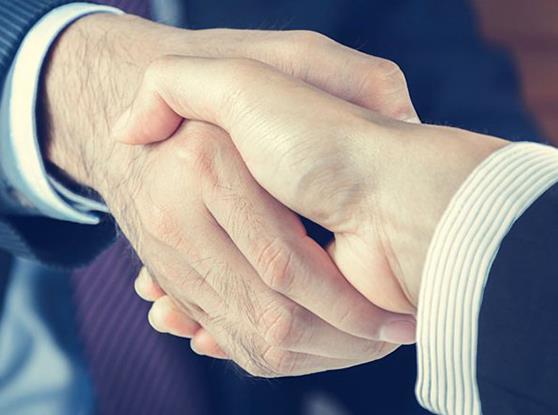 Gilead executives said in a same-day call about the transaction announced on Aug. 28 that the company will build its oncology business around cell therapies with an eye on improving Kite's products and developing combination regimens that incorporate CAR-T and T-cell receptor (TCR) therapies. While both Gilead's oncology portfolio and Kite's pipeline are nascent, the firm says the acquisition will begin to generate revenue shortly after it closes in the fourth quarter of 2017.

Kite's first CAR-T therapy axicabtagene ciloleucel (KTE-C19) is under review at the US FDA and European Medicines Agency (EMA) with approvals expected in 2017 and 2018, respectively, and analysts expect the drug to generate blockbuster revenue within its first few years on the market. At that rate, it won't take long to outsell Gilead's only approved cancer drug, Zydelig (idelalisib), whose revenue is on the decline. Sales of the PI3K delta inhibitor fell from $90m during the first half of 2016 to $70m in the first half of 2017.

Gilead President and CEO John Milligan told the call in addition to the strategic benefits of the Kite deal, "the financial benefits of this transaction are compelling. We expect the acquisition will provide opportunities for diversification of revenues and is anticipated to be neutral to earnings by year 3 and be accretive thereafter."

Analysts expect axicabtagene ciloleucel sales to begin shortly after FDA approval in late November, generating $43m in 2017 sales and $205m in 2018 sales with consensus estimates of $1.6bn in 2022 sales, according to Leerink analyst Geoffrey Porges.

That's why most analysts commenting on the Kite acquisition appeared to be optimistic about Gilead's oncology prospects going forward and why investors sent the company's stock up as high as $75.94 on Aug. 28, though it eventually closed up just 1.2% at $74.69 per share. Kite closed 28% higher at $178.05.

Deutsche Bank's Andrew Peters took a somewhat contrarian view, noting that Gilead's investment in Kite and its expectations for a return on the capital commitment rely on approvals in earlier stages of cancer treatment, which aren't necessarily guaranteed, even with impressive survival rates to date for non-Hodgkin lymphoma patients who have run out of treatment options.

Nevertheless, the deal's price tag of $180 per share – a 29% premium to Kite's Aug. 25 closing stock price of $139.10, which was already up 210% year-to-date – and the massive ongoing investment that will be needed to develop and manufacture CAR-T and TCR therapies suggest that Gilead is willing to spent a lot of money to prove its critics wrong.

Leerink's Porges said the deal's value suggests that Gilead expects more like $2bn to $3bn in annual revenue from the firm's CAR-T candidates for multiple indications. "Given the significant premium of this transaction we assume that Gilead’s management has some level of confidence in these programs to achieve follow-on indications," he wrote on Aug. 28. The nearly 30% premium comes on top of Kite's 210% stock price increase year-to-date.

It remains to be seen whether or not the deal will make up for declining hepatitis C revenues – a franchise built from the company's last major acquisition, Pharmasset Inc. for $11bn in 2011 – but investors have been waiting for years for Gilead to buy something that would diversify its revenue. (Also see "Gilead Raises HCV Guidance Slightly, Still Mum On M&A" - Scrip, 26 Jul, 2017.)

An Insider's Perspective On CAR-T

It's not really that surprising that the company aggressively pursued Kite and its coming revenue stream, since Gilead hired former Novartis AG executive Alessandro Riva in January to head its hematology and oncology therapeutic area. Milligan said during the company's first-quarter call in May that the company wants to expand its revenue through acquisitions in new therapeutic areas, including in oncology, and Riva was recruited to support transactions in that space. (Also see "Gilead's CEO Gives Glimpse Of Strategic Opportunities As HCV Sales Slide Continues" - Scrip, 3 May, 2017.)

Formerly head of global oncology development at Novartis, Riva had unique insight into the potential of cell therapies for blood cancers, since the Swiss big pharma's lead CAR-T asset tisagenlecleucel (CTL019) and Kite's KTE-C19 are neck-and-neck in terms of expected approvals in major markets. Both product candidates involve reengineering a patient's own T cells to target the CD19 receptor on cancer cells.

An FDA advisory committee voted unanimously in favor of approving tisagenlecleucel for the treatment of pediatric and young adult patients with relapsed or refractory B-cell acute lymphoblastic leukemia (ALL) in July, setting the therapy up for likely approval on its Oct. 3 user fee date. (Also see "Novartis' CAR-T Poised For The Market After Unanimous FDA Adcomm Review" - Pink Sheet, 12 Jul, 2017.) Kite recently revealed that there will not be an advisory committee meeting for axicabtagene ciloleucel, which has a Nov. 29 action date for the treatment of relapsed or refractory aggressive non-Hodgkin lymphoma (NHL) patients who are ineligible for autologous stem cell transplant. (Also see "Kite’s Axi-Cel CAR-T: No Adcomm, No Problem" - Scrip, 11 Aug, 2017.)

While early FDA approval for either competitor is a possibility, Kite is ahead of Novartis in Europe. The EMA accepted the company's marketing authorization application (MAA) for review under the Priority Medicines (PRIME) regulatory initiative, which was established to accelerate review of new therapies for patients with high unmet needs. (Also see "Kite First Off The Blocks For EU CAR-T Filing" - Scrip, 1 Aug, 2017.) The PRIME designation for axicabtagene ciloleucel covers treatment of diffuse large B cell lymphoma (DLBCL).

Building On Its Hematology/Oncology Experience

Gilead already has a presence in hematology and oncology via Zydelig, which is approved to treat relapsed follicular B-cell non-Hodgkin lymphoma (FL) and relapsed chronic lymphocytic leukemia (CLL), but the drug was approved in 2014 with a black box warning that has limited its use versus competing therapies, such as Imbruvica (ibrutinib) from AbbVie Inc. and Johnson & Johnson(formerly Pharmacyclics Inc. and J&J). (Also see "Gilead wins Zydelig OK, but Pharmacyclics scores " - Scrip, 24 Jul, 2014.)

Even Milligan admitted during Gilead's call announcing the deal that the company's "oncology efforts have been fairly nascent and we have had few real successes in those areas," but it remains committed to various cancer drug candidates – for now.

Gilead's oncology pipeline includes andecaliximab (GS-5745), a monoclonal antibody targeting metalloproteinase 9 (MMP9) in Phase III for gastric cancer and Phase I for solid tumors; the Syk inhibitor entospletinib (GS-9973) in separate Phase II clinical trials for hematologic malignancies and acute myeloid leukemia (AML); the BTK inhibitor tirabrutinib in Phase II for B-cell malignancies; and the BET inhibitor GS-5829, which is in Phase I for solid tumors.

Those or other assets that Gilead might acquire to complement the Kite purchase could be used in combination with axicabtagene ciloleucel or other CAR-T and TCR therapies. The company also might drop some of the programs to make way for the newly acquired assets.

"In the longer term, we're interested in the potential of next-generation technology to achieve greater responses, lessen side effects, and increase the types of tumors that can be treated with cellular therapy. We see many opportunities in the future of cellular therapy and are confident that together [with Kite's team] we can change the way cancer is treated for many patients," Milligan said.

But in terms of Gilead's existing pipeline, he acknowledged that anything's possible going forward, including scrapping some of the existing programs.

"Anytime there's an acquisition, you take a look at things across both organizations," Milligan said. "We'll take a hard look at our own internal programs to see if there are things that don't quite make sense now that we're working in cellular therapy."

However, the company already delayed or discontinued some programs across its portfolio earlier this year to make room for a large potential acquisition and the accompanying research and development expenses. Milligan said Gilead cut its R&D budget to about 12% of its revenue and those costs will rise to less than 15% of revenue after adding Kite's programs.

"We now view the Kite platform as the centerpiece by which Gilead will build in immuno-oncology," Young wrote. "Therefore, we would only expect Gilead to do small bolt-on deals from here in oncology perhaps to expand combination potential of CAR-T. With acquiring Kite, we do think that Gilead has much to explore and develop in a broad set of oncology indications."