The Challenges Facing Paul Hudson At the Helm of Sanofi 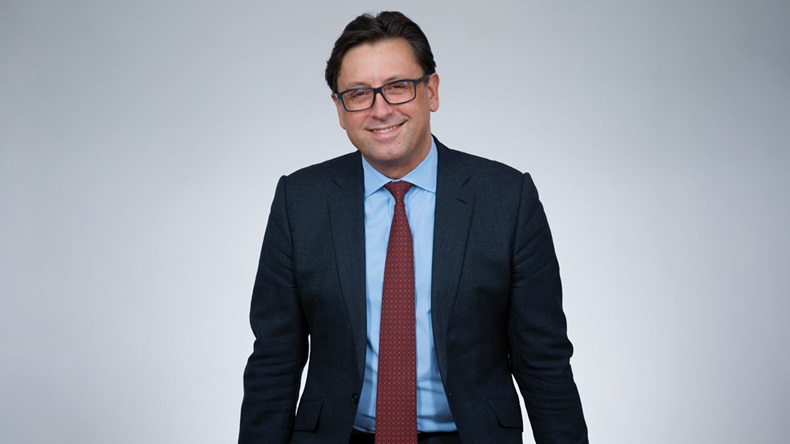 PAUL HUDSON TAKES OVER AS SANOFI CEO IN SEPTEMBER

Expectations will be high when Paul Hudson takes over as Sanofi CEO from Olivier Brandicourt on 1 September. Analysts are already weighing up the challenges that will face the former head of pharma at Novartis AG in his new job.

He leaves the Swiss major with praise ringing in his ears from former boss Vas Narasimhan, who spoke of Hudson's "exceptional leadership in positioning our pharmaceuticals business for strong future growth. He also established a new culture of commercial excellence, integrity and nurtured a strong, diverse talent pool."   (Also see "Hudson To Succeed Brandicourt As Sanofi CEO" - Scrip, 7 Jun, 2019.)

Narasimhan later tweeted, "I will always be personally grateful for his support as I took on the role of CEO." Now it is Hudson's turn for a top job and the 51-year-old Briton is not lacking in experience; before joining Novartis in 2016, he was head of pharmaceuticals for AstraZeneca PLC in North America.

Serge Weinberg, Sanofi's chairman, said that Hudson's skills and experience "give him all the assets he needs to accelerate growth and lead the group's adaptation to new strategic challenges, particularly in the areas of R&D and digital." Tellingly, he added that the new man has the "human values” that will "enable him to mobilize all the energies and increase the agility, that a group such as Sanofi needs, to face the new challenges of our industry and the changes in healthcare systems around the world."

In the three years he has been at the Swiss major, Hudson has an impressive track record when it comes to successful launches of key products, notably Cosentyx (secukinumab) for psoriasis, psoriatic arthritis and ankylosing spondylitis, which has become Novartis's best-selling product. Under his stewardship, after a slow start the heart failure drug Entresto (sacubitril/valsartan) has become a blockbuster and he has been instrumental in planning the commercial strategy for Novartis's just approved spinal muscular atrophy gene therapy Zolgensma (onasemnogene abeparvovec).  (Also see "It's Official: Novartis SMA Gene Therapy Zolgensma Is World's Most Expensive Drug" - Scrip, 24 May, 2019.)

Analysts have greeted the appointment of Hudson with enthusiasm. Deutsche Bank in a 7 June note said "this will be positively perceived by investors as it shows that the board of Sanofi is ready to appoint a non-French speaking CEO, which is positive for the culture in terms of internationalization."

The Swiss giant has posted a strong set of results with the company highly confident that its flagship immune drug can keep the competition at bay.

Four years ago, Frenchman Brandicourt replaced Canadian-German national Chris Viehbacher, who was pushed out of Sanofi at the end of 2014, amid speculation at the time that his exit was linked to a decision to relocate to Boston. Sanofi has repeatedly said that nationality is irrelevant and the appointment of Hudson (who Sanofi stressed will move to Paris) follows the hiring of US citizen John Reed as R&D chief last year from Roche (Also see "More Than French Flavor To Sanofi CEO Search, Chairman Says" - Pink Sheet, 24 Nov, 2014.)   (Also see "Zerhouni Retires, Sanofi's New R&D Chief John Reed Brings Early Research Experience From Roche" - Scrip, 24 Apr, 2018.)

Bryan Garnier analyst Jean-Jacques Le Fur wrote in a 7 June note to investors that the move was good news for Sanofi given that "Hudson has considerable experience and expertise." He noted that the Paris-headquartered firm, like Novartis, has been engaged in a reorganization in the past couple of years, and "we have the feeling the changes are being conducted at a slower pace [and] although talented top executives have joined, we have some difficulties to see significant organisational changes and qualify Sanofi as a lean organisation.”

Le Fur expects Hudson to form "a very dynamic and productive tandem" with Sanofi's new chief financial officer Jean Baptiste Chasseloup de Chatillon (who joined from Peugeot in September 2018) "that will convince the investment community about its strategy and present a new roadmap, hopefully by the end of the year."

The analyst added that Hudson's arrival represents a cultural change for Sanofi as he brings "an Anglo-Saxon mindset associated with deep experience of a lean company - AstraZeneca, then Novartis.” Le Fur argued that this new culture may well fit with the changes de Chatillon, coming from the automotive industry, is already implementing.

From a strategic standpoint, he noted that the established medicines segment of Sanofi's portfolio is "a larger piece of the total than in any other company" and Hudson may conduct "an AstraZeneca-like type of policy" to refocus the portfolio and divest older products. Le Fur concluded by saying that "the other obvious question refers to the consumer health division since all other players in this field have decided to exit – and GlaxoSmithKline PLC and Pfizer Inc. to combine – while Sanofi has so far decided to stay. The new management team may have a new fresh eye on the topic."  RS148763

Under Brandicourt, who has decided to retire aged 63, Sanofi has been in a transitional period as it continues to cope with patent losses, particularly on its blockbuster diabetes treatment Lantus (insulin glargine). There have been successes, notably the performance of anti-inflammatory Dupixent (dupilumab), which is partnered with Regeneron Pharmaceuticals Inc. and is selling well for atopic dermatitis and asthma, while Brandicourt hit the acquisition trail last year to buyBioverativ Inc., a developer of hemophilia therapies, and Ablynx NV.

Hours after getting the nod from the FDA for Cablivi, the French drugmaker has had an R&D pipeline overhaul and says it could potentially submit nine new medicines and 25 additional indications to regulatory authorities from 2019 to 2022.

Hudson will also have noticed that in February, the French drug maker unveiled an R&D pipeline overhaul, saying it could potentially submit nine new medicines and 25 additional indications to regulatory authorities from 2019 to 2022. At the time, Sanofi said it was fast-tracking 17 programs, including eight in oncology, while 13 development and 25 research projects were being discontinued.

However, Hudson will have his hands full trying to turn around Sanofi's cholesterol therapy Praluent (alirocumab). First-quarter sales were up 10.2% to $56m but down 26.9% in the US, lower than consensus forecasts as higher US rebates continued to impact sales of the injectable PCSK9 inhibitor.  (Also see "Dupixent And Vaccines Dominate As Sanofi Profits Rise" - Scrip, 26 Apr, 2019.)

Sanofi is scheduled to hold a 'meet the management' day on 26 June, but it is unlikely that Hudson will attend if it goes ahead, given that the new job does not start until the autumn.