Following Gilead's acquisition of Kite, buzz grew that the deal might catalyze a surge in deal-making. Scrip asked a broad cross-section of biopharma insiders and observers about the deal-making environment – first up are responses from small biotechs. 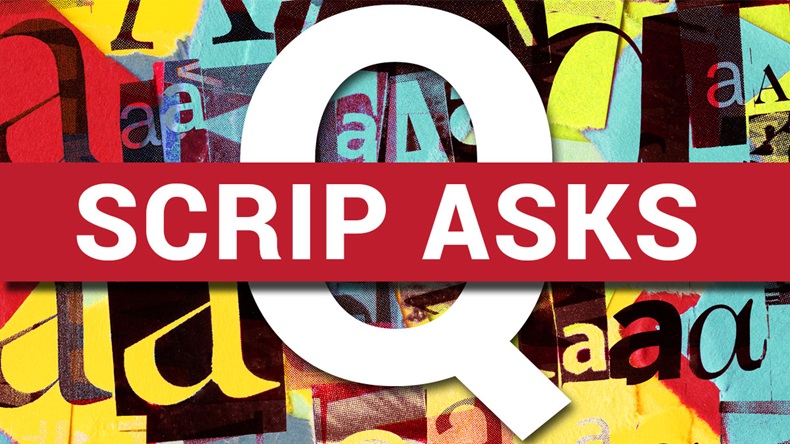 Gilead Sciences Inc.'s recent buy-out of Kite Pharma Inc. for $11.9bn to super-charge its cancer pipeline ended a long period of speculation about what Gilead would do with its stockpile of cash – and set off a new round of speculation about the state of the deal-making environment across the biopharma industry.

Scrip asked a cross-section of people in the industry – from large and small companies, market analysts and other industry observers – what they make of the current climate for deal-making. Here, in their own words, are the responses from the biotech sector, defined here as smaller, clinical-stage firms. Part two will provide the responses from big pharma and other respondents.

This exciting combination creates a variety of options for biopharma companies as they consider the best way to add more value to their companies, while continuing to do what they do best: innovating new medicines, particularly in areas of large unmet patient need.

Our perspective on the current climate: although not at the level of 2015, 2017 year-to-date biotech deal-making levels have been robust, especially when we look at licensing in oncology, immuno-oncology and immunology, which will continue to drive transaction activity.

Biotech M&A levels have been contained through the summer, although one transaction can have a dramatic effect on deal statistics, as shown by the recent acquisition of Kite Pharma by Gilead. Furthermore, Q4 is generally an active quarter for deal making, so all in all it is too early to predict what 2017 will look like on the M&A front.

Although uncertainty around tax reform and drug pricing remains, we continue to see a constructive deal-making environment for biopharma. Companies and investors continue to seek deal premiums, and buyers appear to be exercising discipline. Large pharma are willing to pay a premium when products have been significantly de-risked while smaller companies must compete aggressively as they look to challenge the incumbents.

As a result, we are seeing companies such as Incyte Corp., Tesaro Inc., Clovis Oncology Inc. and others begin to expand their scope and become strategic partners in their own right. In general, it makes for a pretty healthy biopharma ecosystem.

"This feels more like a slowdown as [big pharma] integrate their previous acquisitions and they assess what is going to happen with pricing and reimbursement." – Zavante's Schroeder

I would characterize the current deal climate as active, but cautious. I find the current situation interesting for two reasons 1) Money is still relatively cheap and 2) Most companies remain under-valued. While I don’t have great insight into the minds of big pharma, this feels more like a slowdown as they integrate their previous acquisitions and they assess what is going to happen with pricing and reimbursement.

Allergan PLC’s shift to deals that are accretive in the short term (e.g. aesthetics) likely gives the rest of the players the sense that they don’t have to be quite so aggressive for therapeutic deals. (Also see "Allergan Adds Accretive Aesthetics Assets In $2.9bn LifeCell Acquisition" - Scrip, 21 Dec, 2016.) Novel oncology assets still seem to be in high demand. Big pharma and biotech still need to fill their pipelines so I expect a steady deal flow going forward, but perhaps not quite like 2016.

We find the current biopharma deal-making environment to be strong. Our recent interactions with pharma suggest that these companies value innovation, and are willing to think creatively to access innovative programs and platforms that have the potential to make a difference for patients.

In the past 18 months, we’ve closed collaborations with AbbVie Inc., Bristol-Myers Squibb Co.and Amgen Inc. In these collaborations, our partners have been willing to structure deals that bring value to CytomX in the near term and the long term – for example, retention of certain development responsibilities and profit splits on certain products. This sort of creativity in deal structuring is highly valued by biotech companies such as CytomX, and tend to result in more productive collaboration discussions between biotech and pharma.

I think the climate is as good as it’s ever been. There’s a great feel of demand for novel drug therapies in big pharma, big biotech, specialty pharma and even mid-sized and smaller companies so it all looks good right now. Which is always scary, right?

When I go to conferences, they’re very crowded with lots of inquiries, lots of interest and it’s like a bazaar, there’s so many people interested in so many different programs. If you look at the announcements of all the deals, it seems there’s a good volume of them.

From my perspective, because we’re involved in lots of different technologies, lots of different companies, there is certainly a lot of interest from all parts of the industry and it seems like the demand for novel agents addressing unmet medical needs – I’ve never seen the demand as great as it is right now.

"Capital market access for follow-on offerings has become somewhat more challenging since the peaking of sector performance in 2015. We believe this creates a very favorable environment for deal-making, as companies look to identify alternative funding sources." – CANbridge's Xue

We are very optimistic about the current deal-making environment in the biopharma industry, which has seen historic inflows of capital over the last five years and a record number of IPOs. With that influx of capital, exciting new therapeutic candidates have received much needed initial funding to support their advancement. However, capital market access for follow-on offerings has become somewhat more challenging since the peaking of sector performance in 2015. We believe this creates a very favorable environment for deal-making, as companies look to identify alternative funding sources.

Our particular model is to identify validated Western drug candidates for development and commercialization in China and northern Asia. In this sector, we are observing a rise in cross-border transactions between Western and Chinese companies, such as the recently announced agreement between Celgene Corp. and BeiGene (Beijing) Co. Ltd. (Also see "Celgene Eyes IO Growth With BeiGene China Pact" - Scrip, 6 Jul, 2017.) These types of deals can allow companies access to markets not otherwise easily accessed, as well as additional non-dilutive capital, which we believe will continue to make them attractive and a growing component of the environment.

There is substantial interest in technologies that have the potential to address areas of significant unmet medical need, and we believe that will continue to be the case. This is especially true for innovative technologies targeted at indications that are related to the unprecedented demographic transition now occurring, with the large increase in the number of people age 65 and older as the baby boom generation gets older. This will have a massive global impact on health care, since there are quite a few diseases and conditions that will become more prevalent as the global population ages.

Unfortunately, many of these conditions currently lack effective treatment solutions, and for the patients that may mean institutional care, family care or professional home health care, and most families and societies around the world are simply unprepared for that. That need creates opportunities for innovative companies developing safer and more effective treatment solutions that can help improve quality of life for patients.

"We’ve been hearing from big pharma … that there is real concern over high valuations of late-stage public companies that could be targets." – Corbus' Cohen

There has been a real drought in deals this year and so the recent Gilead/Kite deal was a very welcome change in that. It is probably too soon to see whether that was the start of a change or a one-off. What we’ve been hearing from big pharma is that there is real concern over high valuations of late-stage public companies that could be targets, but that is always counteracted by the ever-present need of big pharma for novel promising drugs in their pipelines. My feeling is that we will see a return to robust M&A activity shortly but perhaps more on the earlier (hence less expensive) side.