Emerging Company Profile: Finland's Forendo Pharma hopes an imminent improvement in diagnostic possibilities will eventually help it commercialize a drug for endometriosis, which it believes could enable more effective treatment of a disease that afflicts large numbers of women. 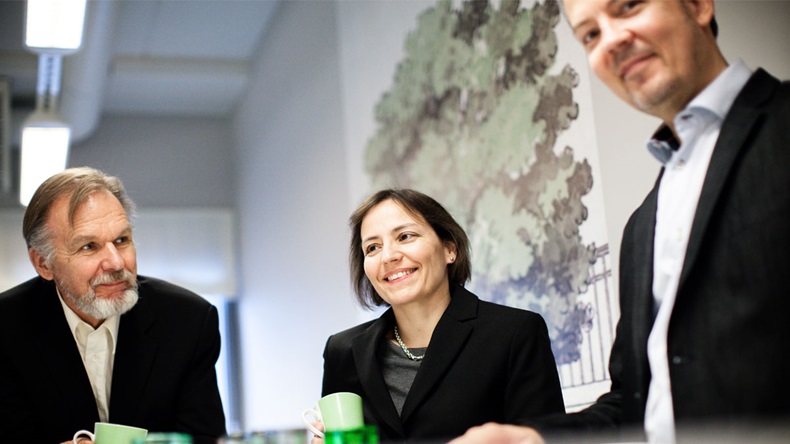 The CEO of a Finnish firm focused on developing a drug for endometriosis believes that treatment of the disease may be "on the verge of fairly significant change" thanks to advances in diagnostic technology and the results of his company's research and development.

Endometriosis is estimated to affect around 10% of women of reproductive age, but there is a large unmet need for effective therapy. Furthermore, many sufferers wait years for a diagnosis and there is no simple test; the current gold standard requires a biopsy via laparoscopy. But Risto Lammintausta, CEO of Turku-based Forendo Pharma Ltd., told Scrip that recent progress in understanding of the distribution of hormones in different tissues provide the rationale for Forendo's targeted approach to endometriosis.

"Previously we lived in the 'endocrine era' – the thinking was that the body produced estrogen and distributed it evenly throughout the body," Lammintausta said. "Now 'intracrinology' is the new concept, in which many organs are understood to locally form significant levels of active hormone, which are much higher than circulating levels. In fact, it has now been found that endometriotic lesions have continuously high levels of estradiol leading to a continuously proliferative inflammatory situation, which is not dependent on the menstrual cycle." The local formation of estrogen in those lesions is key to the progression of the disease, he noted.

Whereas endometriosis is treated now with systemic hormone therapies, Forendo is targeting an enzyme responsible for converting low-active estrone precursor to highly active estradiol locally in the endometriotic lesions. In primates, the company has been able to effectively treat and practically eliminate the lesions by inhibiting the enzyme, without having an effect on the systemic estrogen/progesterone balance and the menstrual cycle. "This is really unique: for the first time we have a therapeutic target that is local to the lesions that would give the opportunity for long-term treatment without significant systemic effects, which are considered to be side effects, as seen in earlier therapies that eliminate estrogen formation."

Finding a very specific inhibitor to target only the local conversion of estrone to estradiol rather than eliminating estradiol has been challenging, Lammintausta admits. There are 14 enzymes in the HSD17beta family and closely related family members have different roles in steroid metabolism, he noted. And even after finding small molecule inhibitors of the relevant enzyme, the company has struggled with species specificity of the enzyme.

Phase I On Horizon

Nevertheless, Forendo now has an HSD17B1 candidate that is scheduled to progress into first-in-human studies in the first quarter of 2018. The company hopes to begin studying the compound in patients in early 2019 if the trial in healthy women proves successful. Meanwhile, it is doing early discovery work on another novel target.

Forendo hopes the target specificity of its product will mean it is suitable for chronic use, enabling a more effective long-term management of symptoms versus available therapies, which include gonadotropin-releasing agonists that block estrogen synthesis and treat the lesions, but can only be used for a few months at a time because of unwanted side effects, including osteoporosis, menopausal symptoms and disruption of the menstrual cycle.

Forendo's candidate also aims to treat early lesions and the associated inflammatory pain, as opposed to the harder to treat, centrally mediated chronic pain syndrome associated with more advanced stages of the disease, when lesions have spread and become bigger.

"Early diagnosis is key," emphasized Lammintausta. "If the disease is identified early, the inflammatory pain can be treated very effectively and this has a big impact in the long run."

Although there are no laboratory tests yet in clinical use, the CEO highlighted work being done to develop a non-invasive test by San Francisco firm DotLab, which recently presented its prospective case control study of women undergoing laparoscopy or laparotomy for benign gynecologic indications at the American Society of Reproductive Medicine Congress. The results demonstrated the value of its microRNA biomarkers in the diagnosis of endometriosis.

DotLab's Chief Medical Officer Hugh Taylor chairs the Department of Obstetrics, Gynecology and Reproductive Sciences at Yale School of Medicine. Taylor also is a member of Forendo's scientific advisory board, although DotLab and Forendo have no formal business partnership.

"We expect in a couple of years that there will be a lab test that can confirm a diagnosis of endometriosis as early as the first symptoms," Lammintausta told Scrip. "That would enable a shift in endometriosis drug therapy to a much earlier phase of the disease, which is very different to later stages."

Still, while the availability of such a non-invasive diagnostic would help reach more early-stage patients than is possible today, Lammintausta believes that Forendo's success will not be dependent on the availability of such a tool, since even today treatment is started based on suspected endometriosis, without a confirmed laparoscopic diagnosis.

As for the longer term vision, Lammintausta recognizes that it would be tough for Forendo to take its product all the way to market on its own. "For this kind of large, global patient group we are expecting to partner with a big pharma company with lots of resources and experience in women's health," he said. "We are aiming to demonstrate clinical proof of efficacy and safety ourselves."

Forendo developed its discovery and screening technology in-house and has worked in collaboration with the University of Turku, which has a significant endometriosis study group that has made important findings on the local formation of estradiol and demonstrated the expression of the enzyme target; two of the team’s scientists are co-founders. Forendo has key medicinal chemistry and screening competencies in-house but runs a virtual model and outsources most other development work to contract research organizations.

The company also is developing fispemifene, which was out-licensed to Apricus Biosciences Inc. in October 2014 for US development and commercialization. (Also see "BioNotebook: Deals from Five Prime/GSK, Actavis/Rhythm, Apricus/Forendo; a DARPA collaboration and IPO news" - Scrip, 25 Oct, 2014.) However, it failed to meet symptomatic endpoints in a Phase IIb trial in secondary hypogonadism in 2016. Apricus subsequently returned the rights.

Lammintausta said the product had been a victim of shifting regulatory requirements in the US, where expectations moved to look for the demonstration of symptomatic efficacy in erectile dysfunction rather than the demonstration of normalizing testosterone levels that had previously been used as a measure of effectiveness.

"That symptomatic efficacy endpoint was a very difficult endpoint and none of the existing marketed products showed it," noted Lammintausta. Now, Forendo is "primarily moving to other indications, including very interesting opportunities related to obstructive urinary symptoms in men – and very recently there have been interesting findings in prostate cancer, also."

However, the company will seek partners for fispemifene’s global development, as internally its investment priority is endometriosis.

"We are now looking to take one or two investors on board early next year to expand the program and develop a new compound for a different target," the CEO said. It likely will look for less than €10m, he added.