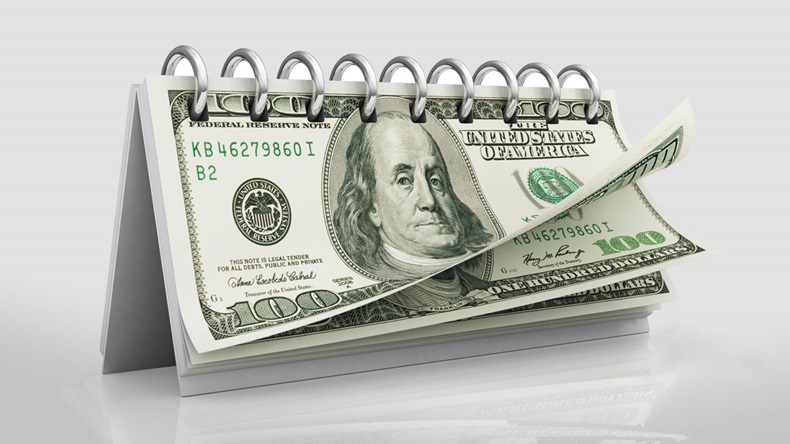 As a new wave of gene therapies edges closer to the market, drug makers and payers are exploring new ways to pay for the expensive, potential one-time treatments. Alternative payment models for gene therapies and other expensive curative medicines were a big topic of interest at the J.P. Morgan Healthcare Conference in San Francisco Jan. 7-10, as the reality of paying for many multi-million-dollar treatments sets in.

The biggest announcement came from bluebird bio Inc. CEO Nick Leschly, who revealed a payment proposal for the company's late-stage gene therapyLentiglobin(lentiviral beta-globin gene transfer) that allows payers to pay for the drug over five annual installments of 20% of the cost.  (Also see "J.P. Morgan Notebook Day 2: Biogen, GSK, Bluebird, Roche, Amgen, Biohaven, Lilly And FDA's Gottlieb" - Scrip, 9 Jan, 2019.)  In a presentation to investors Jan. 8, he said bluebird is targeting a price under $2.1m, even though the company's conservative assumptions of the therapy's value are more like $3m-$4m.

Bluebird said payers would only have to pay the annual installments if the therapy works, based on a threshold of reducing blood transfusions. The company also  committed to keeping price increases limited to the Consumer Price Index (CPI).

The news is a landmark of sorts as it is the first time a drug maker has proposed an annual installment plan for a gene therapy over five years. Spark Therapeutics, which launched the first gene therapy in the US –Luxturna(vortigene neparvovec-rzyl) – last year, also came to the market with innovative reimbursement proposals, including rebates based on near-term and long-term endpoints at 30-90 days and 30 months. (Also see "The First US Gene Therapy Maker Innovates On Pricing And Reimbursement" - Scrip, 3 Jan, 2018.)

Bluebird's proposal adds urgency to finding answers to questions about how such a payment model will be implemented in an insurance system that isn't structured to handle payments over time. It also raises the question if bluebird's proposal will become the model for other gene therapies, at least in the near-term.

Lentiglobin is under review in the European Union now for transfusion-dependent beta-thalassemia and is expected to be approved in the US in 2020 for that indication. It is also in development for sickle cell disease.

Bluebird may have beaten peers to the punch with a payment plan, but Novartis is also likely to bring novel approaches to the table. The company is expected to be the first to the US market with a new gene therapy, AVXS-101 for spinal muscular astrophy (SMA), in mid-2019. (Also see "Keeping Track: Pfizer’s Talzenna Ensures Record Year For Novel US Approvals; Novartis Submits SMA Gene Therapy" - Pink Sheet, 21 Oct, 2018.) Other drug makers also have gene therapies in late-stage development, including Sarepta Therapeutics Inc. for Duchenne muscular dystrophy, BioMarin Pharmaceutical Inc. for hemophilia and BioMarin Pharmaceutical Inc. for the rare disease adenosine deaminase severe combined immune deficiency (ADA-SCID).

The topic is certainly something Novartis CEO Vas Narasimhan has been thinking a lot about. He also confirmed Novartis is talking to payers about annual payments for AVXS-101. "I think we are prepared and planning on bringing out amortization models that would allow health care systems and payers to pay over time for these therapies based on the outcomes that they would deliver," he said during a drug pricing Q&A at the J.P. Morgan meeting.

"The industry needs to put forth those models and then the payer systems need to adapt to be able to use those models, and that is a very different conversation, because that requires a significant shift in data systems," Narasimhan said. Broad structural change by insurers will probably only happen when enough gene therapies hit the market to force a change, he predicted.

Among the biggest questions are how to measure value for a potential one-time cure and over what length of time, particularly given the lack of long-term durability data on gene therapies.

For bluebird bio, the five-year payment plan leaves a lot of value on the table, if the therapy proves durable. It could also bring risk if it doesn't. "It's capped at five years and the rest, six years through life, is given back to the system," Leschly said.

But the five-year timeframe could help get payers to the negotiating table. Harvard Pilgrim Health Care is one insurer that has been talking to bluebird. Chief Medical Officer Michael Sherman said in an interview he thinks the five-year timeline is fair.

Harvard Pilgrim has been one of the more transparent and innovative insurers when it comes to trying new reimbursement models. The company was the first to sign on to Spark's value-based reimbursement agreement for Luxturna and has been proactive working with drug makers on other more traditional VBR deals.

Sherman said determining how many years a drug maker should essentially take credit for, if these gene therapies do ultimately have long-term durability, is a big uncertainty.

"There's not a scientific answer. That's somewhat of a philosophical or policy answer," he said. "What I do know is that if you cure a two-year old with appendicitis and they live 70 years, you don't say that it is worth 70 times $150,000, or $10m, and then pay that for the appendectomy."

"I do think five years, to many of us, for no scientific reason, just a gut feel, feels like it is a fair number and that is what bluebird is working off of," Sherman said.

He said he approved of Bluebird's approach so far. "I applaud bluebird for coming to the table and thinking very proactively, putting out a framework for how they are going to think about that price and based on what factors over what number of years," he said. "I think they are showing a lot of leadership."

Sherman also said he is talking to other gene therapy makers about strategies for payments over time.

Sarepta CEO Doug Ingram also talked about upending the traditional reimbursement model in an interview at J.P. Morgan. He said the company is already talking to payers about alternative payment models ahead of the potential launch of its micro-dystrophin gene therapy for DMD in late 2020.

"What we have found so far is that payers are very willing to engage and actually appreciate the opportunity to do that," he said. "I think we will find solutions."

"The real issue is going to be the idea of absorbing the cost in one year of therapy that is going to benefit somebody over decades," he added. "That is just a structural issue and we're going to have to work on that together."

Sangamo Therapeutics Inc. CEO Sandy Macrae was also optimistic. "It will be solved," he predicted in an interview, though he said changes might be embraced more readily in Europe, where single-payer government health care systems tend to view total health care costs versus the more siloed US insurance market.

"But we've already had conversations with some of the payers here and they get it," he said. Sangamo is partnered on a gene therapy for hemophilia A with Pfizer.

Another challenge that needs to be sorted out is how reimbursement would be handled under an installment plan if the patient changes insurers. That's where Harvard Pilgrim's Sherman said his company is exploring a pilot program with other insurers in Massachusetts in collaboration with MIT's New Drug Development Paradigms (NEWDIGS) collaborative to come up with affordability models for gene therapies that would be shared among payers in the state.

"The idea would be to work with any gene therapy company that is interested," he said.