The Healthcare World According To Andrew Witty

The former GlaxoSmithKline CEO has given his views on the prospects for healthcare systems, saying that intelligently applying digital technologies can lead to simpler, more cost-effective health systems. 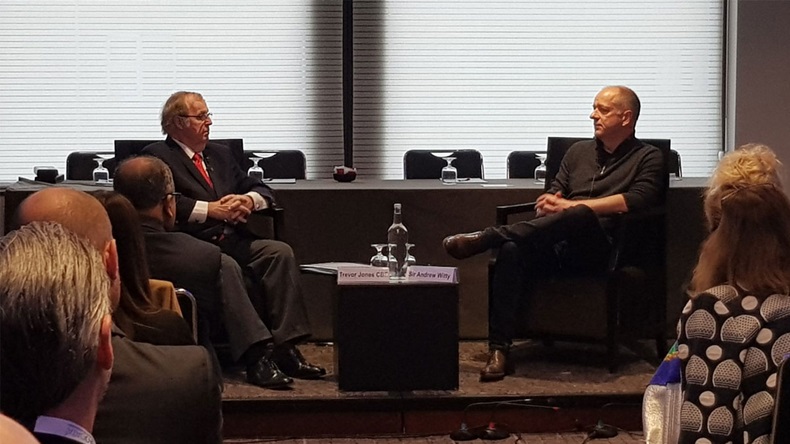 Two and a half years after stepping down as CEO of GlaxoSmithKline PLC, Sir Andrew Witty returned to London to talk about life after big pharma and his views on the US healthcare system where he has become a leading figure as head of UnitedHealth Group Co.'s pharmacy benefit management and health services arm Optum.

Eyebrows were raised when Witty, an advocate of the need to change pricing models when at the helm at GSK, switched sides in July last year to run Optum. In addition, last week, he was named as the new president of UnitedHealth, the largest private payer in the US which reported whopping revenues of $60.4bn (+7%) in the third quarter.

Speaking at the Pharma Integrates conference in London on 18 November, Witty told attendees that the US was spending almost 20% of its gross domestic product on healthcare and patients are becoming more exposed to higher premiums and out-of-pocket expenses. "This has driven anxiety about affordability," he said, claiming that Optum is leading the charge in pushing for a simpler and more cost effective health system.

This involves aligning pharmacy, medical and behavioral health needs, using data to enable end-to-end management of care, according to Witty. The key element of this involves moving much care out of hugely-expensive hospitals and he spoke about the convenience of patients getting treatment at retail stores in shopping malls rather than travelling to out-of-town centers.

"I got my Shingrix in Target," Witty revealed, referring to GSK's shingles vaccine and the US retail major. Shifting the site of care cannot just lower costs but can also improve clinical outcomes, he noted, with the likes of home infusion services.

Witty said that the digital space in healthcare was clearly of interest: "The key is not to get lost in the noise [and] we keep declaring victory extremely prematurely." He stated that he was "very sceptical" when he hears “digital solves” but is "a big fan" of a digital element adding value.

Witty believes there is a place for behavioral health apps, including those based on ‘nudge’ theory, that propose subtle changes to the patient’s environment that can boost compliance. He noted that Optum has spent over $1bn on incentives, "so if you get a flu shot or you lose weight, you have a reward."

The digital revolution, be it through wearables or insideables, needs to be led by clinical informers, Witty stressed, adding that the personal touch is still vital. He said that targeted human intelligence complemented with artificial intelligence is both a challenge and an opportunity.

By using data personalized to a patient, analytics will help determine not only a “best action” but also it needs to predict what the individual's next best action will be, Witty said. Using these analytical tools works better when the patient is inspired to invest in their own wellness, he added, noting that behavioral health programs run by Optum with some of the poorest communities in the US with mental health problems who had considerable compliance issues have seen a marked in adherence to medicines.

When it comes to the role of digital technology in healthcare, Witty said that "the UK is a phenomenal position," given its single-payor status where all citizens are provided with access to treatment. Having all the data in a common source makes sustainable and systemic chance more likely to succeed in the UK than most countries, he pointed out.

The attendance of Witty, who abandoned the suit and tie of his GSK days for a half-zip sweater for his fireside chat with well-known pharma figure Trevor Jones, caused a stir at Pharma Integrates. His time at GSK was regarded overall as a success, especially for his policy of lower drug prices for poorer countries, limiting doctor payments and spearheading data transparency on clinical trials.