The Politics And The Practice Of UK Standalone Devices Regulation 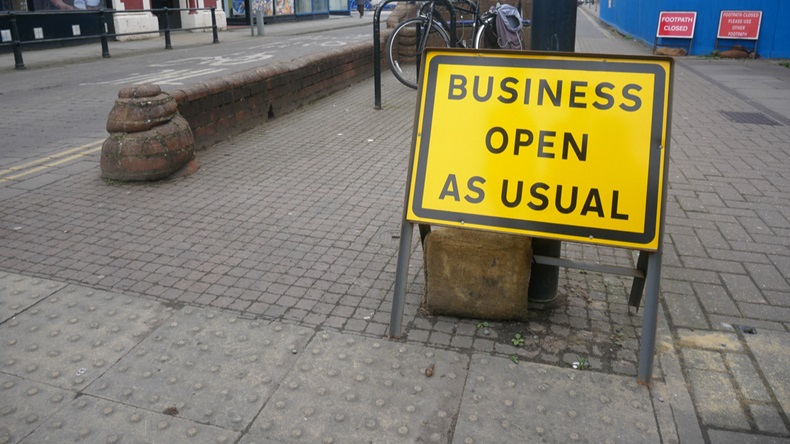 Political and device industry commentators had been looking to the European Council summit this week as the final date for UK-EU free trade agreement (FTA) to be announced. A notional deadline date of 15 October had latterly been pencilled in by UK Prime Minister Boris Johnson.

Device industry commentators earlier this year set out the timings and practicalities of a post-Brexit FTA being put in place by this autumn, allowing it to come into effect from 1 January 2021. But ten weeks out from the UK’s scheduled final exit, it seems the talks will go on into November, and possibly even beyond. (Also see "UK Health Care At The Crossroads As Medtechs Watch For Bill, Brexit And NHS Change" - Medtech Insight, 17 Jul, 2020.)

It included information on the UKCA mark for devices; what notified and UK approved bodies are allowed to do under the new UK devices regime; the MHRA’s call for manufacturers to register with them all devices on the UK market next year under a risk-based, sliding scale that includes grace periods; and the need for overseas (including EU27-based) companies to appoint UK Responsible Persons (UKRPs), who must have a physical base in the UK.  (Also see "UKCA Mark Will Be The Post-EU Route To The British Medtech Market In January 2021" - Medtech Insight, 2 Sep, 2020.)

Alongside that, the UK Department of Health and Social Care’s Medicines and Medical Devices Bill (MMD, the “Brexit bill”) is making its way through UK parliament, and should be enacted before the transition period ends. It is scheduled to continue its pathway on 19 October, when it reaches the committee stage of the House of Lords.

The MMD legislation will provide the primary powers for the UK to make changes to its legislation,  develop regulations in line with international standards, and reflect the latest patient safety provisions. Away from the EU, the MHRA might partner with global devices organizations and initiatives in the way it has announced this week in the medicines arena.

Quenching The Thirst For Regulatory Information

The thirst for information on legal elements that must be put into place and made workable in seemingly impossible timeframes  ̶  all the more challenging with the renewed rise in COVID-19 infections in the UK and globally  ̶  have ensured high audience participation at virtual medical devices regulatory conferences.

Informa Connect’s MedTech Summit this week heard MHRA unit manager for devices regulatory policy Gavia Taan update the industry on the UKCA mark arrangements for 2021, and how the UK’s 2002 statutory instrument will be amended by the MMD legislation. The debate took up where a recent Association of British HealthTech Industries conference left off.  (Also see "‘MDD+’ For The UK, As Future Devices Regulation Will Be A ‘Living Document’" - Medtech Insight, 9 Oct, 2020.)

The existing 2002 UK regulations transpose the three EU medical device directives, with additional stipulations for the UK market, on label languages, for instance. The forthcoming amendments will specify a schedule on what must be done for each of Great Britain and Northern Ireland. Specific guidance for Northern Ireland will be published soon, said Taan.

The UK will, initially at least, have three approved bodies (legacy EU notified bodies, based in the UK), BSI and SGS, and also UL International. UL is active in just one specific IVD product area, after a major restructure of its EU coverage in 2019.

A UK approved body will be needed for companies requiring third-party conformity assessment to access the market. Manufacturers outside the UK will need to appoint a UK-based UKRP, which will have a similar role to that of EU authorized representatives under the EU Medical Device Regulation.

UKRPs must be designated by manufacturers by 1 January 2021, said Taan. Unlike under the MDR’s PRRC (person responsible for regulatory compliance), the UKRP will have to show only the ability to carry out all requirements stipulated in the regulations and guidance, ie it need not have specific qualifications.

The UKRP can be an importer, but does not have to be, according to the 2020 guidance (as different from guidance in 2019, which was withdrawn).

Companies seeking to sell in the UK market must register all devices in 2021. They can bulk register devices of different classes, but in accordance with the timescale for the highest risk device. The MHRA is planning to allow stakeholders opportunities to consult on the UK’s plans.

Industry has called for details on the UK registration process in the UK, and the MHRA says it will publish detailed guidance setting out those points. But it will be “similar to what the UK has at the moment,” said Taan, promising to run an information session for industry.

Changes to be made under MMD secondary legislation will also be consulted on.

Elsewhere, valid CE certificates, including those issued under the MDR, can be placed on the UK market without manufacturers having to update product labels. UK labeling can show both UKCA and CE marks, so dual labeling is permissible for the purposes of Great Britain market access, said Taan. It is not yet known if the EU will take a reciprocal position.

Licences for products registered under EU regulations prior to 1 January 2021 will expire when those licence expires, or by 30 June 2023, whichever is the later. That is when UKCA marks will become compulsory. Until that date, both the CE and UKCA marking will apply.

That provision gives companies entering the UK market some certainty in the short term, Alison Dennis, a partner at law firm Taylor Wessing observed during MedTech Summit. It remains “business as usual” for products properly regulated under the EU system in the UK.

The first potentially complicating factor is what happens if diplomacy wins the day and the UK and EU do indeed achieve an FTA. In this case, the standalone UK legislation would hold, said Taan, but possibly with mutual recognition of conformity assessments either side of the English Channel. The German industry has been pressing for just such an outcome. (Also see "Not Too Late? German Industry Presses For EU MRA With Post-Brexit UK" - Medtech Insight, 22 Sep, 2020.)

Similarly, the MHRA guidance on the UKCA mark would apply, irrespective of a deal/no-deal outcome. It would not clash with negotiations aimed at securing mutual recognition for conformity assessment of devices.

Because of the Northern Ireland protocol, designed to ensure no hard border on the island of Ireland, Northern Ireland will be treated differently to Great Britain, including for the purposes of device regulation.

Alongside the CE mark for the UK (temporarily) and the UKCA mark, Northern Ireland will both remain part of the EU system and will have its own UKNI mark, for the purposes of the new UK regulatory system. The UKCA mark cannot be used on its own for Northern Ireland. Devices with both UK marks can be marketed across the whole UK.

While responsible for vigilance reporting in the UK, the MHRA cannot challenge EU regulatory body decisions for devices used in Northern Ireland.

A second complicating factor is what, if anything, comes of the UK’s Internal Market Bill (IMB), a much criticized mechanism that the UK might use to ensure its economic interests if the UK and EU fail to agree an FTA. The IMB, not yet law, is something to watch, as it comes through parliament, Dennis advised.

The UK, for the present, remains in negotiation with the EU  ̶  and for longer than the government anticipated. It remains to be finally clarified, almost 4.5 years after the Brexit vote, what the EU-UK relationship will be, including in the area of medical devices.