The Tricky Task Of Bringing Smaller EU Countries Into The Fold 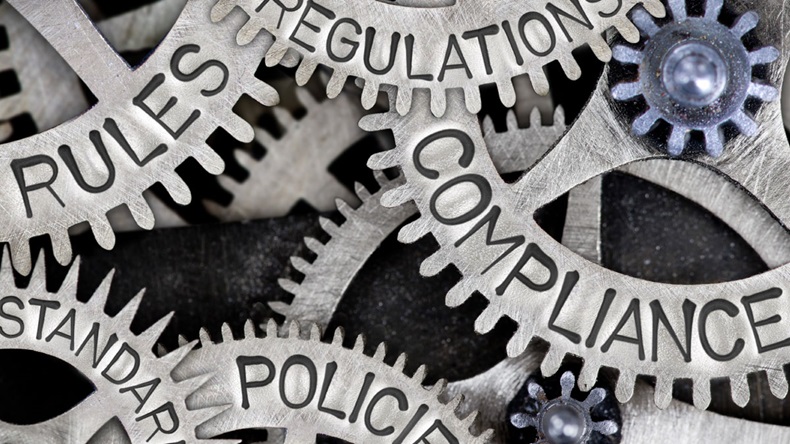 Brexit is providing an opportunity for drug regulatory agencies from some of the smaller countries in the EU to become more involved in the network. However, it’s naïve to expect that scientific expertise will ever be spread equally across the member states, according to Danish Medicines Agency head Thomas Senderovitz.

Senderovitz is not even sure that would be “a smart idea.” Rather, smaller agencies should consider identifying an area they’re good at and then work to develop it and make it their own. If we want to foster greater engagement of smaller or less resourced countries in the medicines regulatory network, “clusters of excellence” are a potential way forward, the senior EU regulator told thePink Sheet in an interview.

“Let’s be clear,” says Senderovitz, who chairs the management group of the EU Heads of Medicines Agencies grouping. “You will never have small countries with the same ability to build expertise like Germany, for instance. It’s never going to happen. Let’s not fool ourselves that we’ll have exact same distribution across every member state. I don’t even think that’s a smart idea.”

Specialization is already happening to a certain extent. No single country can master all areas or will have access to all expertise and all necessary data.  “Even the big countries – even my good friends and colleagues in Germany – can’t do everything by themselves. Even the US Food and Drug Administration cannot solve everything by itself,” according to Senderovitz. That’s where global collaboration comes in. “When it comes to some very rare diseases, there are areas where one country simply isn’t enough. You really have to think global.” The same goes for solving challenges in the global supply chain.

Senderovitz talks a lot about the collaborative nature of the network of national competent authorities which, together with the European Commission and the European Medicines Agency, form the broader EU pharmaceutical regulatory network. But surely there’s competition too, in terms of who does what work on behalf of the EMA, who has what expertise in what area, who sits on what committee and where, who’s involved in which collaboration, who has the bigger international presence, and so on?

The Case Of Denmark

Senderovitz points to his own agency, the DKMA, where he’s been director general since April 2016. It’s a government objective to make Denmark a top life sciences nation, and strengthening the national agency is part of that, he says. “You can see from our strategy for the DKMA that we want to be among the best in class in Europe. It doesn’t mean I have to be the best. Just because I’m aiming for excellence for sure doesn’t mean others can’t have the same ambition. That will just lift the entire level up. I’m not competing against others, I’m competing against my own baseline.”

The DKMA was “never bad but we weren’t in the absolute top”, he says. The agency’s workforce has increased over the past couple of years from a little more than 300 to around 400. “On all accounts we’ve increased our size, skills and operations so we can deliver on our key performance indicators. We’ve increased our presence in Europe. We’ve never had as many people in central positions, we’ve never had as many centralized rapporteurships and our bilateral and international collaboration has really gone up.”

“Other countries could make the same decisions. I’m not saying they should or shouldn’t but it’s not entirely out of reach to strengthen an agency.”

Senderovitz knows it’s not that simple, of course. “It’s fair to say not every agency has the same government focus as in Denmark. Some agencies have a hard time getting resources from their governments for whatever reason. That’s just the name of the game.”

Brexit, of course, is providing smaller countries with opportunities to become more involved in the network. When the UK formally withdraws from the EU in March 2019 and becomes a third country, for example, the country’s regulatory agency, the MHRA, is expected no longer to play an active role in new drug evaluations at the EMA. Indeed, measures have been under way for some time to "delink" the UK from the EMA and the broader network.

Senderovitz doesn’t specify how many, but says “a significant number” of agencies, including his own, have taken on additional staff and invested additional resources to enable them to take on some of the work hitherto done by the UK agency.

The MHRA accounted for more than 20% of the work performed for the EMA by the member states. The challenge when redistributing the work was and still is “not to replace one UK with another UK,” says Senderovitz. The aim is to spread that work more broadly and get more of the smaller countries “also activated and inside the process.”

The EMA recently completed the reallocation to the EU27 member states of more than 370 centrally authorized drugs for which the UK was rapporteur or co-rapporteur, although the new rapporteurs and co-rapporteurs will only take full responsibility for the re-allocated products at the end of March 2019.  (Also see "EMA Redistributes Responsibility For 370 Drugs Currently Overseen By UK " - Pink Sheet, 16 Apr, 2018.) The agency also very recently confirmed that while the MHRA "still participates in EMA activities and will continue to do so until the UK withdraws from the EU," UK representatives are no longer taking on any new rapporteurships or co-rapporteurships relating to the evaluation of new drug applications.

"Rapporteurs for initial centralized marketing authorization applications are appointed on the basis of objective criteria, which aim to make sure that the best and available expertise in the EU in the relevant scientific area can be used," the EMA said. "In the current context, ‘available’ means also being available beyond 30 March 2019. As the average length of a centralised evaluation for initial marketing authorisation applications is more than one year, UK representatives can no longer be considered for appointment as rapporteurs or co-rapporteurs."

At the member state level, national agencies are having to take over from the UK the role of reference member state for thousands of products approved via the EU’s decentralized procedure and mutual recognition procedure.  (Also see "Germany Heads List Of EU Countries Taking On UK’s RMS Roles " - Pink Sheet, 16 May, 2018.)

Senderovitz is a member of the EMA management board and he was on the preparedness group at the EMA that designed the algorithms on how the UK portfolio would be distributed.  There was, he says, “a really good debate” on how to bring more smaller countries more into the fold.

“We were quite strong on how we should make sure that smaller countries who hadn’t had many rapporteurships would also be involved, maybe for simpler assessments, like generic assessment, which wouldn’t require a full-scale set-up like you’d need for a complex assessment.”

So a “new balance” perhaps, but only to a certain degree. Some countries will still be bigger and, Senderovitz concedes, the bigger countries to a large extent will take on more of the newly available work than their smaller counterparts. “It’s not wrong, it’s a fact of life. It would be a surprise if they didn’t move to strengthen their position.”

Also, not all the smaller agencies have increased or have plans to increase their staffing. “I’m sure everyone wanted to but not everyone had the chance. Some just simply couldn’t.”

Senderovitz cites another initiative at the EMA that is aimed at widening participation in the network – the multinational assessment team (MNAT) concept, under which new marketing authorization applications are evaluated by teams formed according to expertise rather than by country.(Also see "Slowly Does It: The EMA’s Approach To Expanding Multinational Drug Assessment Concept" - Pink Sheet, 3 Feb, 2017.) “We’re constantly [looking to] strengthen the teams. We don’t want the smaller countries to be marginalized. We want everyone to have a say.”

This is one of a series of Pink Sheet articles by Maureen Kenny based on her interview with Thomas Senderovitz in late August. See also: