In my previous analysis of the top five Asian cancers , I did not delve deeply into the relationship between primary endpoints for later-stage oncology trials (phase II, II/III and III), outcomes and pharmacogenomic biomarkers. In this blog series, I will do just that – first by sponsor type, then by disease and finally by start year.  The methodology I used in my analysis is listed below.

Overall, the number of trials with positive outcomes for primary endpoints was about equal to the number of trials with negative outcomes.  This parity held true if trials were jointly sponsored, but not if trials had only one type of sponsor.  Industry sponsored trials were completed or terminated with more negative than positive primary outcomes; while non-industry sponsored trials resulted in the opposite.  Only four of the top ten industry sponsors, Eli Lilly, Otsuka/Taiho, Roche and Sanofi, had more positive than negative primary outcomes (data not shown). 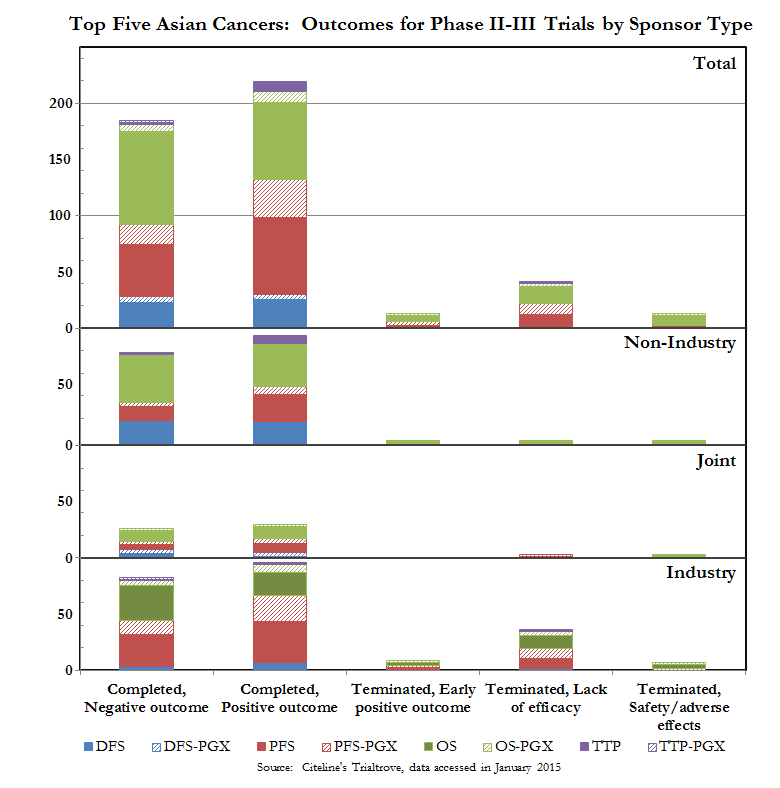 For my next blog, I will continue my analysis of the outcomes, endpoints and the use of PGX biomarkers for selection or stratification in this set of later-stage trials for each of the top five Asian cancers.