In this subset of 440 trials, slightly fewer trials overall had positive primary outcomes than negative at 49% vs. 51%, respectively.  However, the ratio of positive to negative primary outcomes differed in each of these diseases.  Outcomes were equal in Breast, more negative in Gastric (52%), Lung (54%) and Liver (58%) and more positive in Colorectal (57%). 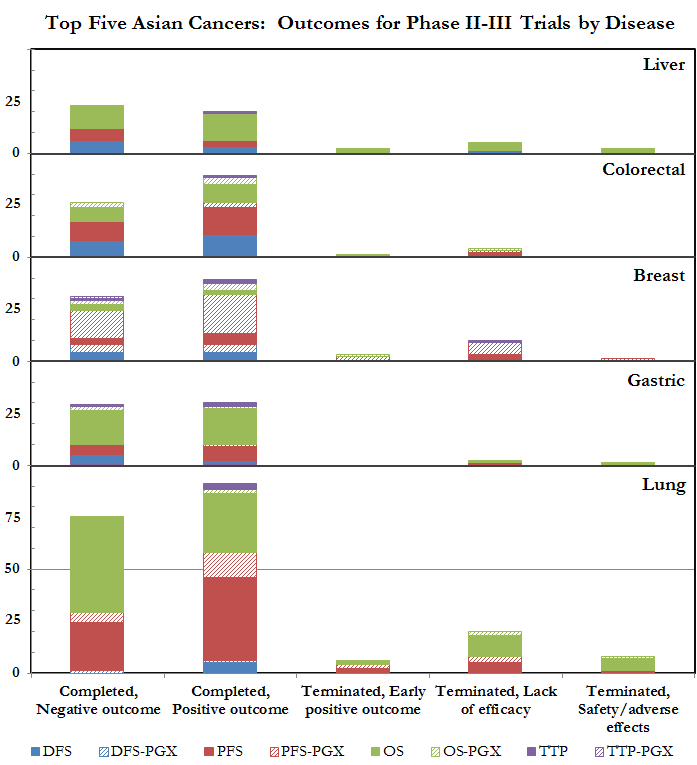 For my final blog in this series, I will continue my analysis of the outcomes, endpoints and the use of PGX biomarkers for selection or stratification in this set of later-stage oncology trials by start year and then wrap-up the series with a summary of the trends and correlations.