Every $1 reduction in the average reimbursement for a generic prescription would reduce US healthcare spending by $4bn, according to a study from Brookings, which concludes more generic drug pricing information should be selectively available to third-party payers. 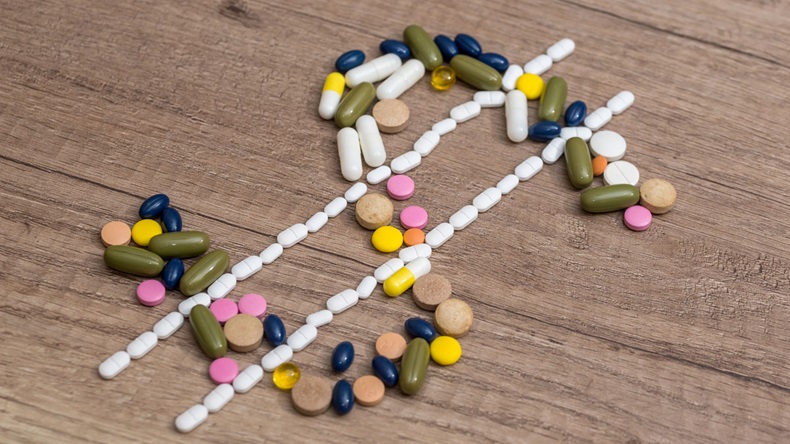 US retail generic drug prices are likely higher than justifiable in part because of the lack of pricing transparency in the system, according to an analysis released by the Brookings Center for Health Policy June 14.

"A major cause of limitations in competitive generic drug pricing appears to be third-party payers' lack of information about actual prices paid by retail pharmacies to wholesalers and manufacturers for generic ingredients," according to the paper's author, Steve Lieberman, a nonresident fellow at Brookings' Economic Studies Center for Health Policy. The analysis was conducted in partnership with the University of Southern California's Leonard D. Schaeffer Center for Health Policy & Economics.

Given the widespread use of generic drugs, price reductions would have a significant impact on US drug spending. Every $1 reduction in the average reimbursement for a generic prescription would save $4bn, the paper says.

"Policymakers should take steps to increase competition by making actual generic drug pricing information selectively available to third-party payers through a thoughtful and well-designed program that will allay antitrust concerns that greater transparency could diminish rather than enhance competition," the paper concludes.

Debate around the broader cost of healthcare has also put a spotlight on what many think are the high price of drugs. But while a lot of the discussion has been centered on the price of branded medicines and the difference between wholesale list prices and net prices, generic drugs tend to get less attention. The generic drug distribution system operates differently from the one used for innovative medicines – and functions with its own closely held secrets.

A separate analysis released by the Schaeffer the same day focused on how spending on pharmaceuticals flows through the distribution system and which players benefit the most on the top and bottom line. The analysis showed that while drug manufacturers largely split the revenues from pharmaceutical sales with third-party intermediaries as they've been working harder to educate the public, they hold onto a larger share of the profit. (Also see "Pharma And Intermediaries Split Money Spent On Drugs, Study Shows" - Scrip, 14 Jun, 2017.)

The last two years have been challenging for generic drug makers, which have been facing significant pricing pressure in the US that has impacted growth prospects. Steeper price erosion has been driven largely by FDA's efforts to reduce the Abbreviated New Drug Application (ANDA) backlog at the agency, resulting in more competition and more pressure on price. (Also see "Generic Manufacturers Try To Up Their Game As US Pressure Persists" - Scrip, 16 Jun, 2017.)

The distribution of generics differs from branded products in the third step of the process, after a drug has been bought by wholesaler and then delivered to the pharmacy. A generic manufacturer pays rebates directly to the pharmacy, while brand manufacturers pay rebates to pharmacy benefit managers, which share the rebates with health plans. Generic rebates reduce costs and bypass health plans, which usually give all generic versions of a drug the same position in their formularies, the analysis points out. Once a physician prescribes a generic drug, pharmacists – or their wholesalers acting as their purchasing agents – are the decision makers.

One conflict is that health plans rely on PBMs to negotiate reimbursement terms on their behalf with the pharmacies. But because PBMs also operate mail-order pharmacies, they have more knowledge of the actual generic drug costs than do the health plans.

Determining ingredient costs is otherwise a difficult task because they vary dramatically for different medicines or the same medicine over time, based on the widespread availability of the product or raw materials. Purchasers negotiate very different rebates, with smaller volume pharmacies generally paying prices that are above the average, while large-volume pharmacies pay less than the average ingredient cost.

"[Wholesale acquisition cost] provides a reasonable approximation of actual pharmacy acquisition costs for single-source brand drugs," the paper says, but it notes WAC is not a reliable indicator of ingredient costs for generic drugs.

On average, the actual cost for a pharmacy to acquire a generic drug is a fraction of the published price, but ingredient costs as a percent of WAC vary by product and pharmacy. Ingredient costs are subject to strong price competition.

None of the five main ways of reporting drug prices publicly address ingredient cost or the average net amount paid to a manufacturer for a drug. AWP, the first price index and WAC are list prices that exclude discounts and rebates, The Centers for Medicare & Medicaid Services' NDAC reports a hybrid of net and list prices and has other limitations, according to the research. Average sales price (ASP), established in 2003, reports net prices for a limited set of drugs on an aggregated basis. Medicaid's average manufacturer price (AMP) is a net price that includes rebates and discounts but is confidential and not publicly reported.

The argument in favor of secrecy is that rebates creates price competition, but the authors argue that the confidentiality required to maintain that competition is detrimental to public reporting of actual drug prices.

"Without access to actual prices, plans do not know the net cost paid by pharmacies to acquire generic drugs, an information asymmetry that may contribute to economic rents – windfalls – that inflate societal costs for pharmaceuticals," the authors state.

Providing payers with average net prices pharmacies pay for generic drugs would make it easier to understand the limitations of competition that leads to health plans paying more than pharmacy and wholesaler costs.