An opinion from a European Commission committee on using non-human primates in pharmaceutical research is being criticized as a missed opportunity that wastes time in developing new models of biomedical research. 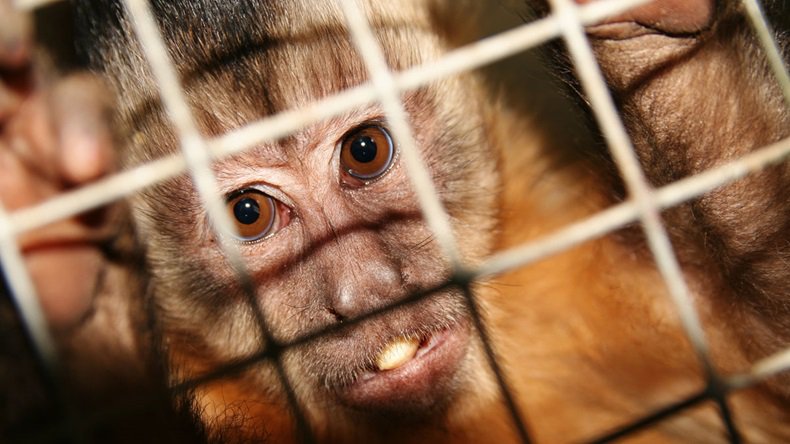 A “tremendous missed opportunity” that threatens to pull research and understanding of human diseases backwards.

That’s how Gerry Kenna, pharmaceutical director of the UK-based organization, Safer Medicines, views the latest recommendation from a key European Commission committee on the use of non-human primates (NHPs) in biomedical research.

Kenna was “horrified” to read the recommendation which the Scientific Committee on Health Environmental and Emerging Risks (SCHEER) recently released in the form of a final opinion. “It moves us backwards. It essentially means there won’t be a serious review from within the European Commission into widespread animal usage of NHPs for some time to come,” Kenna told the Pink Sheet. Safer Medicines is an independent patient safety organization of scientists and doctors with expertise in drug development who are campaigning to protect patients by improving preclinical drug safety testing through increased use of technologies based on human biology.

“We have understood the relatively easy diseases but are getting stuck with the complicated ones, like neurodegenerative diseases or some cancers and infections … It means we are wasting time investing in the wrong models,” – Gerry Kenna, Safer Medicines Trust

The SCHEER’s opinion concludes that biomedical research using non-human primates is still necessary. A total ban on the practice, it says, would impede research in some areas and make it impossible to do some safety studies in Europe (see also (Also see "Work To Replace, Reduce And Refine But Use Of Non-Human Primates In Research Still Necessary, Says EU Panel" - Pink Sheet, 7 Jun, 2017.)).

The opinion sets out recommendations aimed at developing the 3R approach. This works towards replacing, reducing and refining the use of NHPs where possible. It is based on the premise that NHP studies should only be undertaken if the data generated from them will lead to valuable new insights into human disease or safety, and if that that data could not be obtained from other research methods.

Kenna’s main criticism of the opinion is that it fails to clearly set out and defend the scientific value of NHP studies in understanding human disease and safety testing. Instead, the opinion seemed to be underpinned by an “implicit understanding that scientists undertaking NHP procedures are already convinced that the data will be appropriate,” he said. Kenna complained that the opinion was not an objective evidence review of experiments in NHPs undertaken over the last several decades. Instead, he said it was “basically a commentary from people who have got together and said we think it’s a good thing.”

“The opinion is a tacit acceptance of the status quo when what is needed is a push against the status quo.” - Gerry Kenna, Safer Medicines Trust

The opinion should have cited data from scientific literature to provide evidence of proven relevance of the data from NHP studies for understanding of human disease and safety testing. Similarly, the opinion should have cited examples of where the data obtained through NHP studies was not relevant to human disease or toxicity levels. “That would give me confidence that people had looked critically at the data,” he said. Such an approach would also have set out best practice examples of instances when the only way to generate useful data is through NHP studies. It would also have helped researchers avoid unnecessary experiments with models that are not relevant.

In addition, the opinion also did little to question a general assumption in the toxicology community that in vivo studies in NHPs and other animal species are superior to other approaches to obtaining data, like cell cultures, mathematical modeling or a combination of the two. The opinion should have questioned that assumption. It could also have looked at whether useful data has been generated using experimental cell systems that are more relevant to human disease and toxicity mechanisms than NHPs. “They should have looked hard and considered what is the evidence base at the moment, and at what progress has been made. They haven’t even tried to do that.”

Kenna believes that the paper is a “tacit acceptance of the status quo when what is needed is a push against the status quo.” Much understanding of human disease biology is stalling and the opinion does nothing to change this, he says. “We have understood the relatively easy diseases but are getting stuck with the complicated ones, like neurodegenerative diseases or some cancers and infections.” Working with heavily simplified non-human disease models will not help bring forward the science. “It means we are wasting time investing in the wrong models,” he said.

The position could also be distorting opinion about how science should be funded. Kenna believes in a holistic approach and says that many breakthroughs come when scientists use models that are most relevant. “In vivo data is always important but is never enough in isolation. A smart scientist will use a variety of different experimental tools and experimental approaches. The position paper from Europe is talking about one narrow part of tool box and has not evaluated it critically.”

According to Kenna there is value in using physiologically relevant cell-based model systems. In particular, he points to cell-based models that use cells taken from humans that, when isolated, exhibit properties that are similar to the properties that equivalent cells would express in human tissue. “There are good examples where we are starting to understand how to interpret data from those systems to get a better prediction and understanding of effects that can occur in human than if we undertake animal experiments.”