OMB: US FDA Has Withdrawn At least 10 Regulations In Response To Trump 2-for-1 Order

Following several executive orders from the president intended to remove regulations from the federal books, the White House tells Medtech Insight it has already pulled multiple rules from FDA and other agencies – and that number may still grow by the time the Office of Management and Budget has completed an agency-wide review. 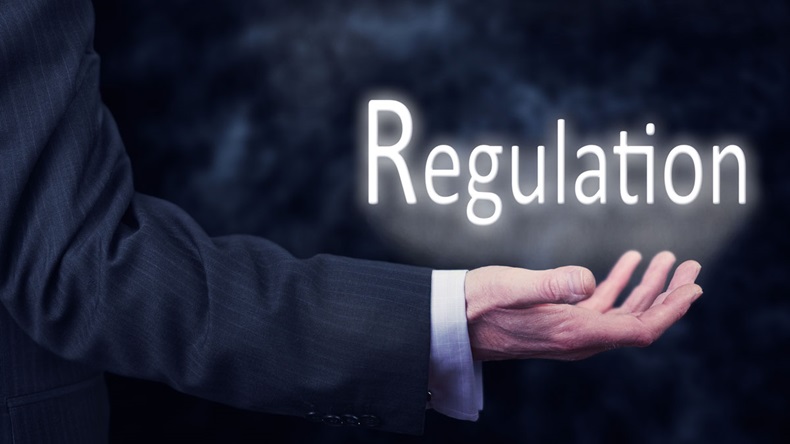 According to the White House, FDA has so far withdrawn at least 10 rules in response to the president's executive orders earlier this year calling for deregulation.

Deregulation has been one of President Trump's pet issues and back in January soon after taking office he issued a number of executive orders to promote his agenda. The executive orders included one to require federal agencies to withdraw two regulations for every regulation issued, known as the "2-for-1" order, and another requiring federal agencies to create Regulatory Reform Task Forces to promote deregulation. (Also see "Trump's Two-For-One Reg Order Needs Agency Interpretation, Medtech Reg Experts Say" - Medtech Insight, 30 Jan, 2017.)

"President Trump signed into law 14 Congressional Review Acts – blocking harmful Obama-era regulations from being implemented - and specific executive actions designed to roll back governmental overregulation," said Jacob Wood, a spokesman for the Office of Management and Budget. " As of right now, there have been 4 regulatory actions, and 10 deregulations actions [at FDA]. This number is preliminary, as the process is not finalized."

"What we can say now is we expect agencies to have met or exceeded both of the goals established in the [executive order]: Less than zero incremental cost and more than two deregulatory actions for each regulatory action," says Jacob Wood, OMB.

OMB did not respond to questions asking for more specificity on what regulations were withdrawn and whether the 2-for-1 order only applies to FDA rules or also includes agency guidances.

Based on the OMB's web site, however, 13 FDA rules are currently under consideration for approval or withdrawal for 2017 under its Spring 2017 Unified Agenda. Among them are seven proposed rules and six finalized rules. By comparison OMB noted there were 44 FDA rules that were under consideration in the fall of 2016, which is a significant drop in number of rules being examined.

However, several rules such as "Internal Agency Review of Decisions; Requests for Supervisory Review of Certain Decisions Made by the Center for Devices and Radiological Health," which would codify procedures and timeframes for applying supervisory review of significant decisions made by the device center, are still under consideration by FDA. Other rules such as "Electronic Submission of Labeling for Certain Home-Use Devices," which would require medical device establishments listing certain home-use medical devices to submit electronic-format labeling and package inserts, have been moved to long-term consideration by FDA.

The most recent list of rules under consideration are still not final, as the Office of Information and Regulatory Affairs at OMB is currently reviewing all regulations that have been proposed, approved or withdrawn over the past year. The list will be compiled in a report after the analysis is complete.

"We expect the complete report along with the full Agenda and Regulatory Plan in late November," said Wood. "However, what we can say now is we expect agencies to have met or exceeded both of the goals established in the [executive order]]: less than zero incremental cost and more than two deregulatory actions for each regulatory action. It should be noted that since we are still compiling submissions, this is an anticipated but not final outcome."

"When OIRA releases the final Regulatory Agenda, the contents therein will reflect each agency's anticipated actions over the coming year," he added.

It's been nine months since President Trump issued the 2-for-1 executive order requiring federal agencies to remove two old regulations for every new regulation issued. But since the order went out, there hasn't been a clear explanation from the White House or FDA on its practical impact.

There's been uncertainty about how it will affect guidance documents industry has been expecting from FDA. While the year started off with very few guidances coming out of the agency on medical devices, CDRH has accelerated its release of guidance documents in the past few months. However, the publication of new guidances has not answered how FDA and OMB have reconciled issuing new guidances in context of the president's executive order.

Recently, FDA issued notices through its centers asking for public input on what regulations the agency should consider updating or withdrawing. However, FDA Commissioner Scott Gottlieb seemed to indicate that while the requests for comment were related to the president's order, responding to the order was not their exclusive purpose. He also stated he would like to see a more systematic periodic review of regulations, in general, to ensure they are relevant to changing technology and aren't unduly burdensome. (Also see "Gottlieb Wants More Systematic Updates Of Regulations" - Medtech Insight, 12 Sep, 2017.)

FDA spokesman Michael Felberbaum says the agency's 2017 unified agenda as presented by OMB focuses on its most immediate priorities and addresses the executive orders issued earlier this year, however, he states, it's important to note that just because a previously rule on the list is no longer on it does not mean the agency doesn't consider it a priority or that it won't consider implementing the rule at some point in the future.

"We anticipate that some of the items not included in the Spring Unified Agenda will appear on the Fall 2017 Unified Agenda," he added.

Felberbaum also noted while the agency has opened several federal register dockets to get input from the public about updating regulations, it is also exploring other opportunities to solicit input from stakeholders. (Also see "US FDA To Public: Help Us Streamline Our Regs" - Medtech Insight, 7 Sep, 2017.)