Trumps Drug Pricing Plan: The Headlines Are The Goal - But Also A Threat 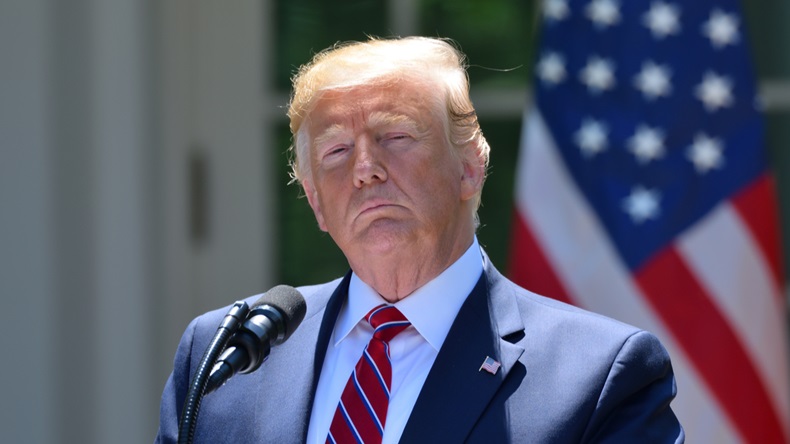 If there is one thing Donald Trump has proven he can do as President, it is to own the headlines.

And, unfortunately for the innovator drug industry in the U.S., he has been particularly good at doing that with claims to be tackling the high price of prescription drugs.

That is at least the fourth time where Trump has made big news by pledging to lower US prices to international levels, using the same as-yet non-existent policy.

The first time came in October 2018, when Trump visit the Department of Health & Human Services headquarters to announce a Medicare Part B “International Price Index,” declaring an end to international price disparities even as the underlying substance was an advanced notice of proposed rulemaking: a description of an idea at least two major regulatory steps away from implementation – describing a vendor-based approach that has, to put it mildly, some considerable uncertainty around workability. (Also see "Medicare's Foreign Price Bench-marking Will Only Hurt Bad Negotiators, HHS's Azar Argues" - Pink Sheet, 25 Oct, 2018.)

Trump made headlines again in the summer of 2019 when he declared that he was ready to sign an executive order granting “Most Favored Nation” status to the US on drug pricing – a declaration that eventually seemed to translate into a rebranding for the next iteration of the IPI proposal. (Also see "Trump's International Pricing Proposal Being Revised To Adopt ‘Most Favored Nation’ Policy – Azar" - Pink Sheet, 13 Nov, 2019.)

Then, in July, Trump signed an executive order on “Most Favored Nation” status along with three other pricing orders. But he then theatrically pledged to delay it by one-month to allow the drug industry to bargain for alternatives. (Also see "Biopharma, the White House And Getting Drug Pricing ‘Off The Table’" - Pink Sheet, 28 Jul, 2020.)

Finally, two months later (but who is counting?) the headlines are again touting Trump’s embrace of international reference pricing based on the updated version of the order. The change was presumably intended as a form of punishment for the industry declining to participate in any form of public meeting with Trump in response to the threats.

It seems almost petty to point out that the practical impact of the new order is nil.

The IPI regulation itself has been waiting at OMB since June 2019, and it is still just in the proposed rule stage. If it came out now, the comment period would run past Election Day with no prospect of a final rule being issued before Inauguration Day 2021.

HHS could theoretically short-circuit the process by issuing a direct-to-final version of the MFN rule, using the authority of the COVID public health emergency as justification. While that move might well add another claim to inevitable litigation challenging the policy, it still would not allow the program to begin quickly: the model relies on third party vendors entering into contracts with providers and the Medicare program, and would therefore almost certainly not be ready to launch before 2022 no matter what.

As for expanding into Part D, that seems even harder to accomplish quickly. Not only has no model even been sketched out publicly at this point, there is an inherent lead time necessary given the bidding cycles for Part D insurance plans. In other words, a 2022 start date may be unrealistic already. (Not to mention that the legislative “non-interference” clause would seem to give industry even strong claim for judicial relief.)

But of course the substance is not the point. The headlines are: the President wants voters thinking of him as tough on the drug industry as they begin early voting or make up their minds before going to the polls in November.

And there is certainly every reason for industry to hope if not expect that the President’s interest in the issue will end with the election. Trump is a master at conflating his orders with the accomplishment of their underlying goal, and may have no reason to remind voters after the Election that he hadn’t actually done what he said he did before.

But it is still a discouraging message that Trump continues to see drug prices as a winning populist talking point amid the COVID-19 pandemic. And even if he loses interest after the votes are cast, the recurring headlines about delivering prices in the US that match global benchmarks could have longer term impact if it helps build support for legislation that could in fact deliver that outcome.

The unfortunate reality for the biopharma industry is that Trump’s emphasis on global pricing fairness aligns perfectly with the Democratic platform – and the House leadership has already passed a bill (HR 3) that would seem capable of creating an international reference pricing model with teeth. That issue may not be at the center of Joe Biden’s Presidential bid – but if Trump keeps telling voters the reference pricing is already here, it may be much easier for Congress to follow through and enact it after the fact. (Also see "Does Biden Bode Well For Pharma? Convention Sets Promising Tone For Campaign" - Pink Sheet, 21 Aug, 2020.)