UK BIA To Push For Post-Brexit Regulatory Agreement With EU 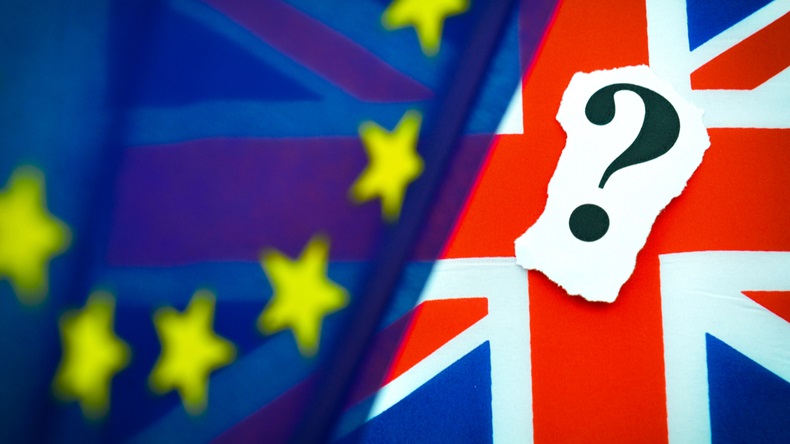 The UK BioIndustry Association intends to keep pressing for a UK-EU mutual recognition agreement (MRA) on batch testing and regulatory cooperation, and says this something that could be discussed by the new working group set up under the trade and cooperation deal reached by the two parties at the end of December.

The Trade and Cooperation Agreement, which took provisional effect on 1 January, contains an annex on medicinal products that provides for the possibility of mutual recognition by each side of the other’s good manufacturing practices and documents. Other than that, it is pretty thin on pharmaceutical regulation and does not offer, for example, any mutual recognition of batch testing and release. (Also see "EU-UK Trade Deal Allows For Mutual Recognition Of GMP Inspections" - Pink Sheet, 30 Dec, 2020.)

Nor does it offer recognition of good clinical practice, or regulatory authority recognition or equivalence. And there is little in the deal on information sharing between the UK and EU regulators, including on pharmacovigilance. “I can’t say we have an unalloyed success in the sense of continued close cooperation and regulatory alignment," said Steve Bates, CEO of the BIA.

In addition, it “could have gone further on recognition of intellectual property rights,” Bates said during the latest BIA Brexit webinar, on 7 January. “The draft version of the annex had an article on protecting commercially confidential information, which is not in the final deal,” he noted.

But the association is undeterred and thinks an MRA is still worth pursuing. “We always argue that you can do MRAs outside of trade deals,” Bates commented. The EU has done this with other third countries, “so we are keen to keep pressing on this.”

"I think actually there could be a big opportunity in this working group… to talk about what we can do going forward” – Steve Bates, BIA CEO

Bates believes this could be done through the new “Working Group on Medicinal Products” proposed in the annex. Its job will be to help the Trade Specialised Committee on Technical Barriers to Trade in discussing matters arising under the annex and to facilitate cooperation and exchange of information between the UK and the EU on proposed regulations that may affect trade. “This is fairly dry trade deal talk, but I think actually there could be a big opportunity in this working group… to talk about what we can do going forward.”

One of the key drivers of Brexit was the Conservative government’s desire to “take back control of its laws” and to be able to diverge from EU rules where it sees fit.

“We now have the potential for divergence, rather than concrete plans for divergence, particularly in large swathes of medicines regulation,” Bates observed. The UK can go in different directions from the EU, “and over time that will happen,” he said.

"[The UK MHRA has always been a] flexible and forward-leaning regulator, and this can be built on” – Steve Bates, BIA CEO

EU law and medicines regulations would continue to develop. “We are seeing thoughts on how they want to support companies, on orphan medicinal products, on pharmaceutical chapters and those types of things at EU level,” Bates said. In the UK parliament “I saw a consultation today on genetic modification, in the context of farming and crops but also gene editing, so we will have two processes that used to be aligned,” he said, adding that procedures might need to be set up to work out how to deal with this.

The BIA head suggested that divergence might be a suitable topic for discussion by the new working group, which could be a “more technical, less political” forum for the airing of issues of interest to industry.

Nor was divergence necessarily a negative thing. It could be positive if “someone in government takes a decision or industry comes up with a reason or rationale to do something different,” Bates said, although a process would be needed for weighing up the risks and benefits of change.

The UK medicines agency, the MHRA, has always been a “flexible and forward-leaning regulator, and this can be built on,” Bates said. It might not be “formal divergence in terms of how they look at things,” but rather a move to push the global agenda forward, “or incremental innovation that can be adopted within the canon of established medicines regulation… I don’t think there is any appetite for fundamental change.”

No Border Disruption – Yet

As for continuity of supply of medicines, there had been widespread concern that the departure of the UK from the EU’s single market and customs union on 1 January would bring supply disruptions at ports because of new red tape and customs controls.

This does not appear to have happened, at least not yet. “Many of us have worked hard on this and it’s fantastic to see this hasn’t been an immediate issue in the first weeks of January,” Bates noted, noting in particular efforts that have been made to secure freight capacity away from the Channel ports.

“Let us know if there is anything,” he told listeners, “but it feels like the National Supply and Disruption Response Service is working effectively.” This might change over the weeks and months ahead: the volumes of products passing through Dover and Calais are “pretty low at the moment, as people are obviously expecting disruption in these early weeks,” Bates noted. “We need to keep it under review in January, February and March.”

On another positive note, Bates said that the “door is open” for the UK, as a third country, to choose to continue to take part in the EU’s Horizon Europe research framework program.

The BIA's regular Brexit webinars always feature an audience poll or two, and this was no exception. Asked whether continued membership of Horizon Europe was important to them, 73% of those listening in said it was.

The audience for the 7 January webinar numbered around 330, illustrating the high level of interest in the topic. Participants were also asked whether the UK-EU trade deal was better or worse than, or in line with, their expectations. 60% saw it as pretty much in line with what they expected, while 27% thought it worse.

Despite the disruption of Brexit, Bates said he was "very bullish" about the prospects for the life sciences sector in the UK outside the EU. "Look at the experience of the UK – obviously the AstraZeneca vaccine, but also a whole host of work that has been done in genomics, clinical trials, the ability to deliver data on dexamethasone, and significant engagement and levels of investment in cell and gene therapy," he declared. "I think we are in a strong place to talk about the UK's life science offer to global investors."

He said the sector had "fundamental strengths" in its academic and entrepreneurial bases and "exciting new areas of science. This will be the core of what we do in 2021, the post-COVID-19 and post-Brexit offer that the UK can make to the world."