UK Industry Gears Up For Tough Post-Brexit Talks With EU 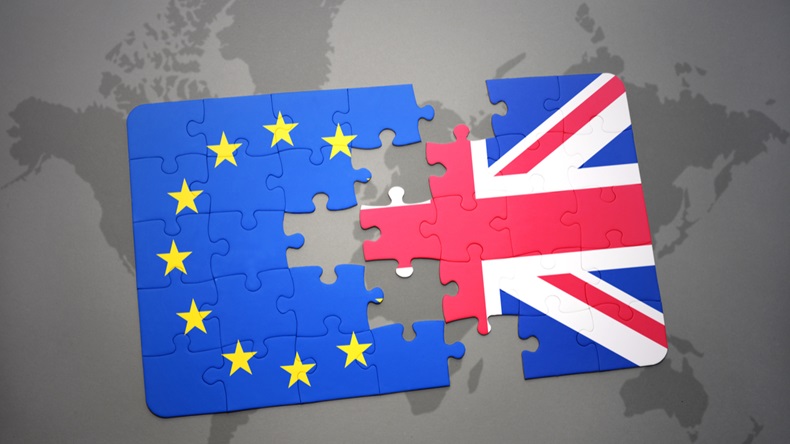 On 9 January the UK House of Commons approved the Brexit Withdrawal Agreement Bill, setting the country firmly on course to leave the EU on 31 January. The Bill now goes to the House of Lords, where it is expected to pass easily, after which it will become law. The withdrawal agreement is then due to be ratified by the European Parliament on 29 January.

Once the UK has left the EU, the next – and potentially much more complicated – stage will begin: negotiations on the future relationship between the UK and the 27-country trading bloc.

For the life sciences industry, these talks will be crucial in determining the post-Brexit regulatory relationship, and UK trade associations have asked to meet the government as soon as possible to press home their case for continued regulatory alignment and cooperation.

But there will be many interest groups lobbying for influence once the talks get under way. As the head of one pharma industry body put it, there will be “an avalanche of work and meetings” on the future relationship and “we could get lost in the crush.”

As an EU member state, the UK currently plays a full part in the highly integrated EU regulatory network. But after Brexit, these ties will have to be renegotiated as part of talks on the future relationship, which will take place during the 11-month Brexit transition period to 31 December 2020.

During this period most regulatory arrangements will remain unchanged, although the UK will no longer have a voice in EU institutions such as the European Medicines Agency committees and the Heads of Medicines Agencies.

While industry is seeking continued close regulatory ties, it is worried by prime minister Boris Johnson’s repeated insistence that the UK should be able to break free of EU rules and set its own standards and regulations so as to allow it freer rein in its negotiations on trade deals with other countries including the US.

Such freedom will come at a price. Citing the need to protect the single market, the EU has long made clear that the further the UK diverges from EU rules, the more limited its access to EU markets will be. The message was pushed home by the new president of the European Commission, Ursula von der Leyen, who said in a speech ahead of her first meeting with Johnson: “The more divergence there is the more distant the partnership has to be.”

There are, though, some glimmers of hope for industry in the Political Declaration that accompanies the withdrawal agreement. The 36-page document says the UK and the EU will explore “the possibility of cooperation of United Kingdom authorities with Union agencies such as the European Medicines Agency (EMA), the European Chemicals Agency (ECHA), and the European Aviation Safety Agency (EASA). In this context, the United Kingdom will consider aligning with Union rules in relevant areas.”

It also states that the UK and the EU should establish a “framework for voluntary regulatory cooperation in areas of mutual interest” and promote regulatory approaches that are “transparent, efficient, compatible to the extent possible, and which promote avoidance of unnecessary regulatory requirements” as well as “unnecessary barriers to trade in goods.”

Those pledges were raised in a 23 December letter to the health secretary, Matt Hancock, from the heads of a number of industry bodies including the BioIndustry Association, the Association of the British Pharmaceutical Industry, the Ethical Medicines Industry Group, the British Generic Manufacturers Association and the Proprietary Association of Great Britain.

They told Hancock that they welcomed the commitment to looking at possible UK cooperation with the EMA “and your comments at the BIA conference which reiterated that position.”

Maintaining the “current high level of alignment and maximum participation for the UK across the responsibilities of the EMA,” they said, was “important to ensure patients in the UK continue to benefit from access to the latest medicines and medical technologies as quickly and simply as possible, and to ensure the robust safety arrangements which have developed internationally continue to work unimpeded.”

It was also vital to “avoid any economic disruption to our sector which would damage growth and job prospects across the UK.”

They said industry acknowledged that the government was elected with a mandate to leave the single market and any form of customs union with the EU. “As the government develops its detailed position on a future relationship with the EU, we urge it to ensure that the life sciences sector, and the economic growth, jobs and patient care it supports across the UK, continues to benefit from free trade, close cooperation and a high level of legal and regulatory alignment with our partners in Europe,” the signatories wrote.

“We would be happy to meet with you and your colleagues to discuss our ambitions for the forthcoming UK-EU trade deal further.”

“There will be an avalanche of work and meetings this year on the future relationship and we could get lost in the crush” – Leslie Galloway, EMIG chair

But there are also fears that the life sciences sector, important though it is to the UK economy, might have to jostle for position in the talks and could find it hard to make its voice heard. EMIG chairman Leslie Galloway told the Pink Sheet he had not seen any response to the letter so far from the government, and that “they will be in no hurry.”

He also pointed out that there will be a new Cabinet in February “and we may be dealing with someone else.”

As to whether the government would support industry’s call for regulatory alignment, Galloway said it was “unlikely to commit publicly to alignment, especially since the PM dismissed close alignment over Christmas. Nevertheless, we need to lobby heavily as low alignment would be bad for the economy, industry and, importantly, patients.”

He said that he believed the government “thinks our sector is important but they need to be reminded since there will be an avalanche of work and meetings this year on the future relationship and we could get lost in the crush.”

Michel Barnier, who will be the EU’s chief negotiator in the talks on the future relationship, said that in the next few weeks the European Commission would propose “a comprehensive draft mandate for negotiations to the European Council, to the Council of Ministers and to the European Parliament.” Negotiations, he said, would begin “at the end of February or the first days of March.”

But he warned that that the timeframe for negotiations was “hugely challenging” given that Johnson has ruled out any extension to the transition period. “If prime minister Johnson does not want an extension of the transition period beyond the end of the year – and yesterday when we met him with Ursula von der Leyen, he told us very clearly that he does not want such an extension – we will have less than 11 months to conclude a deal.”

If this fails, “the transition period will end on 1 January 2021 without any arrangements for a new future relationship in place.”

Life Outside The EU

It’s not only EU-related questions that are of concern to the industry. As a newly non-EU member, the UK will have to renegotiate hundreds of existing international trade and other agreements with countries around the world. It will also need to engage in new trade talks with influential global players like the US.

“The agreements to be negotiated will form the basis of the operating environment for years to come and it’s crucial we get deals that enable our sector to thrive,” said Steve Bates, CEO of the BIA.

“It is vital that the sector engages in how these deals get developed and done” – Steve Bates, BIA CEO

“The UK will forge a new relationship with the EU and continue to engage with leading global players such as the USA and China, which have their own agendas, are large trading blocks and have extensive experience of striking major trade deals,” Bates cautioned in his latest CEO update.

To illustrate the power wielded by the US, he cited the recent decision to remove the requirement for 10-year data protection for biologics from the US-Mexico-Canada Agreement (USMCA), which was ratified by the US Congress last month.

This decision “shows that crucial issues for our sector (like the US patent protection for biologics) can be traded at the last minute,” Bates declared. “It is therefore vital that the sector engages in how these deals get developed and done.”