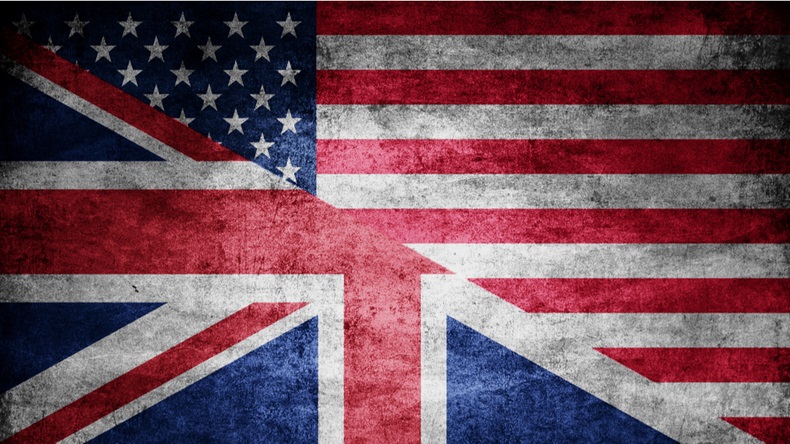 The coming UK-US free trade agreement (FTA) talks were prefaced on 1 March by the publication of a 184-page negotiating document that sets out the UK’s bid to strengthen its economic relationship with its largest bilateral trading partner in the post-Brexit era. The UK’s trading relationship with the US has, until now, been via the EU, so a new UK-only agreement must be pursued by the government.

The talks are coinciding with the UK’s negotiation on its future trading arrangements with the EU, which kicked off this month in Brussels. The next set of these (in an initial series of five) will be held on 18-20 March in London. An EU deal is the priority of the UK government, and EU regulatory alignment remains top of the wish list for the UK medtech industry – very clearly "Plan A," according to UK industry.

But the UK’s Department for International Trade (DIT) has the job of agreeing new deals with non-EU countries. So far, it has signed 19 FTAs, notably with Switzerland, Norway and Iceland. It has a mutual recognition agreement due to take effect in the US from 1 January 2021 on electromagnetic compatibility, telecommunications equipment and good manufacturing practise of pharmaceuticals. But an FTA is the goal.

Eager for medtech to secure a good outcome in the FTA negotiations, the UK Association of British HealthTech Industries (ABHI) has laid out its proposals in order that patients are getting “uninterrupted benefits.” In association with its US counterpart, AdvaMed, it has settled on a joint position that, among other things, seeks to achieve several regulatory goals:

It also sets out a range of trade goals, on developing standards and regulation that do not create technical barriers to trade, establishing zero tariffs on devices between the UK and US, streamlining customs and trade procedures, enabling favorable conditions for SMEs and setting agreements on government procurement that are “consistent with prior trade agreements.”

During the consultation period in 2018, the UK government asserted the “the NHS will never be privatized, and any future trade agreements will not change that.” It has also reiterated in its negotiating document that “the price the NHS pays for drugs will not be on the table.”

ABHI director of regulatory and compliance Phil Brown has circulated a green paper on UK medtech’s regulatory options in which US regulatory opportunities, and an international approach, are highlighted as EU alternatives for the UK. That is, should the main aim – continuity with the CE-marking – be put out of reach of UK manufacturers as a result either of the UK’s wish to diverge, or EU “red lines” to mutual recognition. (Also see "A Global Approach To Medtech Regulation: The Post-EU Way Ahead For UK Industry?" - Medtech Insight, 9 Mar, 2020.)

Brown believes there is a risk that the EU will not readily agree to the mutual recognition that UK manufacturers want, so contingency measures, and creative, global opportunities, must be developed. That is the rationale for his green paper, and for the drive behind the UK’s support for greater UK regulatory cooperation with the US FDA and industry. The UK industry has been busy setting up US-based clusters, many of them before the Brexit vote

The ABHI outlined its vision for a US-UK trading relationship on 9 March. Brown said that if one effect of Brexit has been to open the door on a more international-facing role, then UK industry should make the most of exploiting processes are already underway, such as speaking with AdvaMed and progressing its accelerator work in the US, such as its activity in Texas, etc. (Also see "UK Medtech's US Innovation Hub Aims To Accentuate The Positive In Post-Brexit Phase" - Medtech Insight, 30 Nov, 2017.)  “The UK needs to think more laterally about how it works with other countries,” he told Medtech Insight.

It is still early days, but Brown sees merit in using a data compatibility approach, as outlined in his green paper, precisely so UK manufacturers can maximize their regulatory opportunities in the EU, the US and elsewhere. The medtech industry has potential for exploiting overlaps that may occur, he says.

Discussion Areas That Start The Conversation

The UK’s proposed US arrangements are seen as discussion areas for further work, bearing in mind the UK’s sophisticated regulatory system and manufacturing base. The issues of unilateral recognition on the UK of the CE-mark, or even US 510(k)s and premarket approvals, need to be thought through, and, Brown suggests, seen through the lens of the International Medical Device Regulators Forum for the UK. The merits and disadvantages of the UK being a “law taker” rather than a “law giver” also need to be weighed up.

The next stages include the ABHI contributing to the DIT’s deep dive on the technical barriers to trade this week. The UK industry’s US ideas will be presented to wider government, mindful that 2020 is election year in the US. But for Brown, the conversation on future medtech UK regulation has started.