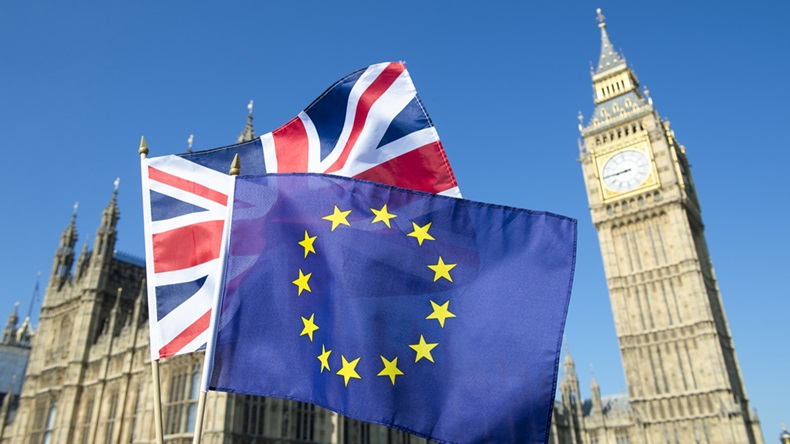 Leading UK and EU notified body BSI expects the UK to remain a full member of the EU regulatory regime in after Brexitand to continue its participation within the existing, radically-changing EU regulatory system.

That was the message delivered on May 24, 2018, led by Gary Slack, BSI's senior vice-president, global medical devices, and the company's CEO, Howard Kerr, during a webinar accessed by people from over 1,000 locations.

"That is our expectation and that is what we are 100% working toward," Kerr told the audience.

BSI has been involved in conversations "at the highest level on Brexit" and its frequent contact with the UK government and EU decision-makers leaves it optimistic that suitable mechanisms will be found to provide the UK with continuity of access to the wider EU trade area after the transition period.

"We have already applied for designation against the new Medical Device and IVD Regulations in the UK. We would not be doing that if we were not convinced there would be a need and unless we wanted to be a long-term established notified body for medical devices and IVDs," Kerr said.

In Slack's view, the mutual recognition or free trade option with non-EU countries (as enjoyed by EFTA countries, Switzerland and Australia, for example) is the most likely outcome and allows for the recognition of notified bodies operating outside the EU. He noted that this could add 2%-3% to costs for some medical device manufacturers compared with the single-market situation now. But it will certainly cost vastly less than the fallback position if there is no negotiated outcome.

But BSI has done contingency planning for all possible post-Brexit outcomes, as have the other remaining three UK notified bodies.

Kerr told the audience that BSI is in active discussions at all levels to make sure that the voice of the medical devices industry is heard. It believes that it has raised profile of the "critical function that we fulfill in the interests of patient safety."

The UK notified bodies are "extremely influential and are a critical component of the EU regulatory regime." That is clearly understood and appreciated in Brussels, the CEO said.

Value Of UK Notified Bodies In The EU

Consensus data indicates that circa 45% of all medical devices CE marked in Europe utilize UK notified bodies for their conformity assessment requirements.

It is estimated that 70% of non-EU based manufacturers use UK notified body services as springboard into the EU.

Less than 50% medical device notified bodies have indicated publically they are going to apply for the MDR, and even fewer for the IVDR.

"Ministers are listening to BSI arguments," he added. "We can see that in the position papers coming out in London and Brussels."

Easy Migration, And No Charges

For its part, even in the case of a "hard" or non-negotiated Brexit, BSI is confident that it has the ability to fully migrate all of its clients to its new Netherlands-based notified body within the target time. "We are confident that we are in a position to have everyone transferred in time to not put any market access at risk," Slack said.

Some may be keen to use this option sooner, Slack said during the webinar." If you as a manufacturer express a preference, either due to nervousness or risk management, to move to the Netherlands and /or, and I hope this is not the end, we have a non-negotiated, hard Brexit, then we have very specific plans in place for the migration of certificates from the UK to the Netherlands", he explained.

Slack also explained that the process for migrating from the UK to the Dutch office will be relatively pain-free for companies and will not be charged for by BSI. (Although there may be some costs for manufacturers to register in other markets, for example outside the EU.)

His message echoed much of the information given at the Brexit Information Seminar in April.

Given that BSI will be using all the same people and processes in the Netherlands as in the UK, and that there will be fast access of current and historic information between the two offices, the European Commission and governments have accepted that there will not be any hurdles to migration.

For BSI, though, this will require resources for administrative processes because it has many thousands of clients. "But we are going to absorb the costs on that," Slack said

The process will involve:

The manufacturer would then get the appropriate certificate from BSI Netherlands, which would also reference the previous certificate and its number, and all the details and its history, and there would be traceability through BSI.

Both notified bodies would have full access to the history of all notified body information that relates to that product and it is on this basis that the process has been accepted and is moving forward.

In terms of potential labelling changes, BSI strongly believes that there would not be a requirement to change the labeling of products that have already been placed on the market if there has been a change to the Dutch notified body from the UK one.

"We are confident that you would not need to change that labeling until you had to change it for other reasons, e.g., an address change, a major change to the product, or most likely a product to change the product labelling because of the move to the MDR," Slack said.

Netherlands Office On Way To Being Fully Established

As part of its contingency planning which started even before the result of the Brexit referendum, BSI decided to set up a parallel medical device notified body based in the Netherlands, and is now at an advanced stage of established it. It will be co-joined with an existing substantial BSI operation that BSI already has in Amsterdam, which operates in other sectors.

Medtech Insightnotes that other UK notified bodies have decided on similar contingency plans, but have been less public so far about progress.

Both BSI executives made reference to the draft Withdrawal Agreement that the European Commission released on February 28. In Kerr's view, this paves the way for continuous ongoing mutual recognition of EU and UK conformity assessment systems.

Slack later acknowledged that there is a risk that this could be rescinded if there is a non-negotiated outcome, that is, a hard Brexit.But Kerr and Slack are optimistic that this will not happen and that the agreement will be finalized in October of this year.

Slack also acknowledged the UK's agreement with the Commission to extend the current regulatory arrangements until the end of December 2020, beyond the originally-agreed Brexit date of March 29, 2019. (This would take the UK seven months into the full application of the MDR and IVDR, and mean that the country would be well into the new system.)

What is less clear, he said, is what happens after that date to the status of the CE marking. "But we remain optimistic that there will be a good outcome."

Slack added that BSI is getting a lot of requests from larger clients and SMEs, too, to renew "a great many existing MDD and AIMD certificates early," and extend the time before they are required to be certified under the MDR.

"We are supportive of that and will prioritize our existing clients," he said.

In any case, BSI's advice is: "Don't leave it too late! The deadline and timelines are going to be pressing. The system does lack capacity, not least because at the moment we know that only about 50% of the current number of medical device notified bodies listed have indicated that they are definitely going to go forward with the MDR," Slack said.

There is likely to be a reduction in capacity among the notified bodies, just at the point when we know there could be a 30%-40% increase in the amount of work required to get people compliant with new legislation coming in, he added.

"It's even more pronounced for the IVDR situation where, at the moment, there are only about 11 notified body applicants. And we know that the increase in the notified body requirements in the context of the IVDR is by a factor of three or four at least."

BSI will do all it can to get is clients in the best place to meet the oncoming requirements and to renew as many MDD certificates as we can, Slack promised. "But if all the major players in the industry come to BSI, or any other notified body, in the last few months of 2019 wanting all of those certificates renewed, it is not a viable proposition."

Slack continued: "The opinions of experts I have spoken to, including lawyers, is that everything will stay as it is now until December 2020. While the industry seems to have more time, I am also fully aware that manufacturers do not want to leave it until the last minute … There is also the change to the MDR which comes into place in May 2020, so people will most likely want to get their MDR certificate/or the renewal of these MDD certificates in 2019.

BSI's timings are based on getting a mutual recognition agreement. If that expectation is realized "things will be fine," he said.

But Slack continued: "If we don't and it looks as if we will be heading for a hard Brexit, then all the calculations we are working toward (including a joint target that we are very much sharing with the Dutch authorities), are based on the fact that we get designated in the autumn and we have a three- to four-month period to do a migration. This means, in theory, we could have it [migration} done by the end of this year if required."