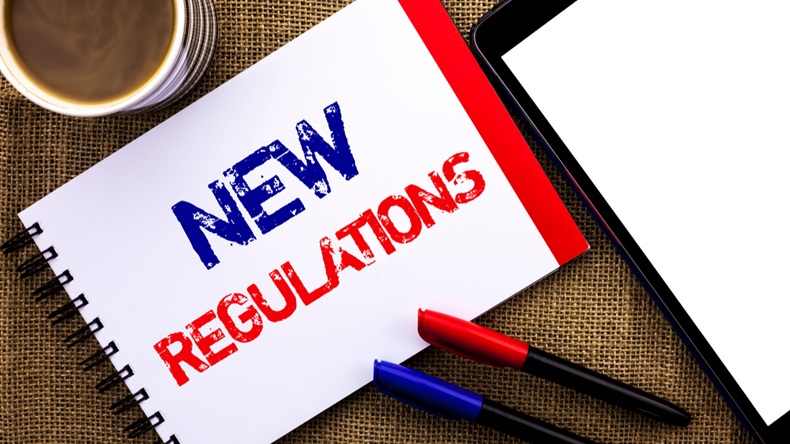 In the case where post-2020 alignment with EU medtech legislation and regulations does not happen during the UK-EU free trade agreement negotiations this year  ̶   where mutual recognition is roundly rejected by the EU, and UK Prime Minister Boris Johnson acts on his promise to withdraw the UK from the EU on a no-deal basis  ̶  the medtech and medicines sectors will be ready and covered, in regulatory terms.

That is the intention, at least, of efforts now underway to draft a Medicines and Medical Devices (MMD) bill. Initial thoughts and plans were exchanged by the UK Office for Life Sciences (OLS) and the Medicines and Healthcare products Regulatory Agency (MHRA) at an informal briefing in mid-January. It was hosted by the Department of Health and Social Care (DHSC). Industry observers were invited.

PB Consulting’s Melissa Barnett, attending for the Association of British HealthTech Industries (ABHI), reported back to ABHI delegates at a meeting hosted by ABHI’s Richard Phillips on 20 January. (Also see "Progress And Pitfalls Ahead As UK Medtech Faces A Year Of Leaving The EU" - Medtech Insight, 27 Jan, 2020.) This “Brexit bill” will attempt to provide flexibility in how the UK medtech regulators respond to what happens during the negotiations, and after the implementation period, Barnett told delegates.

The MMD bill will be a piece of primary legislation – an enabling bill  ̶  that paves the way for more detailed and specific secondary legislation. (Also see "Formal UK Medical Devices Legislation Expected In Spring" - Medtech Insight, 8 Jan, 2020.) The primary legislation bill will undergo heavy scrutiny: two readings, a committee stage, a report stage and a third reading in both houses of parliament. This is designed to allow the UK to potentially make changes to the healthtech regulatory framework after it leaves the EU. The secondary legislation would be subject to less scrutiny.

Ministers will be able to bring forward secondary legislation, provided they have factored in two elements: patient safety (from research, through trials, to market access); and attractiveness to industry and the UK in general, i.e. having addressed the question of whether it will deliver the life sciences sector deals and helps the UK remain a front runner in the global life sciences industry. The MMD bill will have a legal consultation period, but the government wants it to be ready the end of the transition/implementation period.

There are five key aims in the bill, Barnett told ABHI delegates:

Elements of the NHS Long Term Plan (LTP) will be reflected in the legislation.

A new ABHI initiative, also announced on 20 January, to have a chief innovation officer in every NHS Trust and to encourage innovation at board level, was judiciously timed. ABHI chief executive Peter Ellingworth said: “Innovation is currently nobody’s job and until it is actively built into senior job descriptions, it will remain an afterthought.”

There are no specific MMD bill timelines yet, simply that it is expected “soon.” Barnett anticipated an early appearance of the bill before parliament, and that secondary legislation might be drafted concurrently. She stressed the sentiment that the government is keen to get the medtech industry involved and “wants this to pass.” In this case, lobbying from industry is encouraged to be direct, rather than going through parliament.

As to EU Medical Device Regulation (MDR) elements, like Eudamed 3 and UDI, Barnett said that any provisions that currently exist will be implemented until the end of transition period. But anything else would have to go through the route of secondary legislation, or be done as a statutory instrument.

Innovation To The Fore

The prime minister now finds himself surrounded by new MPs and ministers who have a focus or strong interest in health and innovation, according to speakers from the strategic consultancy Lexington Communications, who also addressed the ABHI event. For instance, special adviser to the prime minister Dominic Cummings, who will be running “strategy” at No. 10, is a proponent of genomics, they said. And there is growing support within the the government for AI and technology to help with health-care workforce challenges.

The current health secretary and digital enthusiast Matt Hancock is likely to stay in that role after an expected February ministerial rreshuffle, providing an element of stability. (Also see "Re-Appointed Hancock Puts Shoulder Into UK Digital Health-Care Drive" - Medtech Insight, 19 Dec, 2019.) The long-term chair of health select committee Sarah Wollaston lost her seat  ̶  and thus her committee role  ̶  in the 12 December election. Former heath secretary Jeremy Hunt is among those touted for that role.

The medtech industry may be largely smarting from Brexit, but as a counterweight of sorts, Johnson’s new government is making healthcare its domestic priority. The NHS is “front and center,” and waiting lists are a prime target to go for.

But in all this, the ABHI and all industry are being told to register their concerns and needs early in the year – and well ahead of autumn, which experts predict is a likely time for any internal UK government crisis to break over Brexit. Companies are also advised to build relationships at cabinet office level. This is because the year-long EU talks ahead will be controlled from the center. Civil servant David Frost, the prime minister's Europe advisor, will head Taskforce Europe, out of the Cabinet Office. His 40-50-strong team will do the day-to-day negotiations, and there will be a wider circle that draws in the DHSC and the business departments.

These are, at least, some of the certainties for UK medtech. But how the industry and wider UK economic interests will be affected by the bigger picture items as 2020 rolls on are regarded with caution, if not trepidation.

The Irish Back Stop, now known as the Northern Ireland protocol, is one: Northern Ireland will remain under some EU customs rules, meaning goods from Northern Ireland into Great Britain will be subject to an EU customs code. The province also remains an entry point into the EU single market. Precisely what checks and controls will be needed there depends on the final UK-EU deal.

And the drive in the UK to secure rapidly a US trade deal also threatens to complicate EU negotiations. There are two US options, according to Lexington Communications: a trade deal that does not affect market access significantly; or UK exemptions to President Trump’s US tariffs. Any deal is unlikely to be signed before the US elections in November, and the proposal would have to get through Congress.