UK To Seek Only Limited Regulatory Alignment With EU 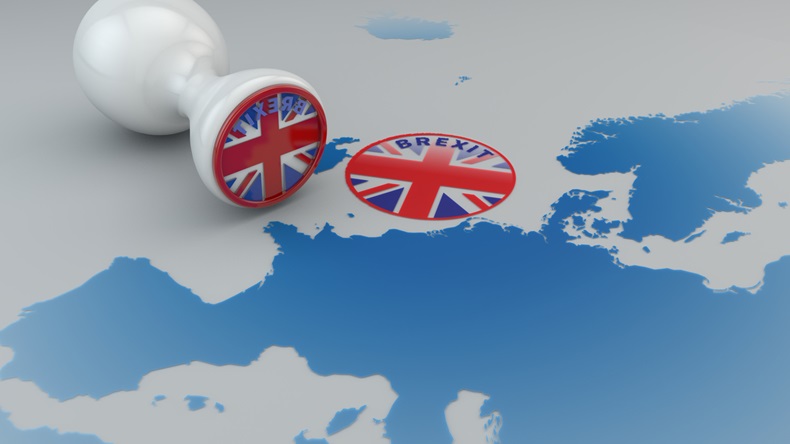 The UK is proposing a bare minimum of regulatory alignment with the EU in life sciences once the Brexit transition period ends, amounting mainly to mutual recognition of good manufacturing practice and batch testing, with some cooperation on pharmacovigilance.

In its negotiating mandate for talks on the future UK-EU relationship, published on 27 February, the government suggests that a confidentiality agreement could be established among drug regulators to ensure prompt action to “safeguard patient safety and public health.”

The government also calls for “mutual assurances to provide high standards of protection for IP rights,” and the possibility of some involvement with EU research programs such as Horizon.

The proposals are contained in a medicines annex and other sections of the mandate, which is entitled “Future Relationship with the EU: The UK’s Approach to Negotiations”. It sets out the government’s desire for a bare-bones trading relationship once the Brexit transition period ends on 31 December.

"As negotiations get underway, we urge ambition and pragmatism to achieve these goals” – Richard Torbett, ABPI chief executive

This is a blow to the life sciences industry, which has been pushing for as much continued alignment of medicines regulation as possible. Last month the BioIndustry Association said recent briefings had made it clear that the government was still keen to hold to the position it took in the Political Declaration accompanying the EU Withdrawal Agreement, which was to “explore cooperation” with the European Medicines Agency. (Also see "BIA Sees Some Hope For Regulatory Alignment After Brexit" - Pink Sheet, 31 Jan, 2020.)

Commenting on the negotiating mandate, Richard Torbett, chief executive of the Association of the British Pharmaceutical Industry, said: “The government has set out a vision for a future relationship where both sides can work together in the interest of patient safety, public health, and the pursuit of scientific progress for UK and EU citizens. As negotiations get underway, we urge ambition and pragmatism to achieve these goals.”

Given the gulf between the two sides over the EU’s insistence on a “level playing field”, it is by no means a foregone conclusion that the negotiations will result in an agreement by the end of the year. Indeed, the government says that the if two sides have not reached a “broad outline of an agreement” by June, the UK could walk away from the talks.

It says the annex “should provide for mutual recognition of certificates of Good Manufacturing Practice (GMP) compliance issued by the regulatory authority of either party, as well as acceptance of batch testing certificates issued by a manufacturer based in either party, in line with provisions in CETA” (the EU-Canada Comprehensive Economic and Free Trade Agreement).

This appears to be the government’s sole concession to regulatory alignment in the medicines area – perhaps not surprisingly given prime minister Boris Johnson’s insistence that the UK will not agree to keep its rules aligned with those of the EU after the transition period ends on 31 December 2020.

The document does mention the possibility of future cooperation in the medicines sector, such as commitments to cooperate on pharmacovigilance and to develop a comprehensive confidentiality agreement between regulators, in line with agreements between the European Medicines Agency and Swiss, US and Canadian authorities. “This,” it says, “should facilitate information sharing and enable regulators to act promptly to safeguard patient safety and public health, such as by responding to urgent adverse drug reactions.”

It adds that to further promote public health, “this annex could also cover procedures relating to vaccines and other biological medicinal products, and clinical trials.” But it does not specify exactly what these procedures might be or in what way they might be “covered” by the annex, or explain what kind of cooperation is envisaged in the clinical trials area.

A major concern of companies and researchers in the UK and EU has been the risk of the UK being left out of major EU research programmes, such as Horizon 2020.

The negotiating mandate says that the UK “is ready to consider standard third country participation in certain Union programmes where it is in the UK's and the EU’s interest that we do so. The UK will consider a relationship in line with non-EU Member State participation with the following programmes: Horizon Europe, Euratom Research and Training, and Copernicus.”

Trade in pharmaceuticals and other materials between the UK and the EU is another bone of contention, particularly where tariffs and non-tariff barriers such as customs procedures are concerned.

The document says that a future agreement should include measures to “facilitate legitimate trade by addressing administrative burdens for traders. This should include provisions to support the efficiency of documentary clearance, customs simplifications, transparency, advance rulings, and non-discrimination. It should also provide for cooperation on measures to improve the efficiency and ease of making declarations over time."

Competition policy is a key area where the UK wants to retain flexibility, including the right to have its own competition laws independent of the EU. The document says the parties should “maintain effective competition laws, covering merger control, anticompetitive agreements and abuse of dominance, while maintaining the right to provide for public policy exemptions. This does not require legal or regulatory alignment. Both parties should have the regulatory freedom to respond to new and emerging challenges in these areas.”

Elsewhere, the negotiating document says any agreement between the UK and the EU “should include an Intellectual Property (IP) chapter that secures mutual assurances to provide high standards of protection for IP rights, including registered IP rights such as patents, trademarks or designs, or unregistered rights such as copyright, trade secrets or unregistered designs.”

It says these provisions should “make reference to and exceed the standards” set out in international agreements such as the World Trade Organization agreement on Trade-Related Aspects of Intellectual Property (TRIPS) and World Intellectual Property Organisation treaties. “The UK is open to discussing mechanisms for cooperation and exchange of information on IP issues of mutual interest,” it declares.

Despite statements such as these, the government has just ruled out any UK participation in the future Unified Patent Court system, even though the UK was a key player in creating the system, because it would involve the primacy of EU law and the overarching jurisdiction of the Court of Justice of the EU. (Also see "‘No Unified Patent Court For Us’, Says UK Government" - Pink Sheet, 28 Feb, 2020.)

The mere fact that the UK has produced its negotiating objectives by no means ensures that agreement on the future relationship will be reached before the end of the transition period on 31 December.

Any request to extend the transition period would have to be made by the end of June, and the government has already made clear that it will not do so.

Moreover, the negotiating mandate says that if no outline agreement is reached by the time of the June 2020 high-level meeting foreseen in the Political Declaration, the government “will need to decide whether the UK’s attention should move away from negotiations and focus solely on continuing domestic preparations to exit the transition period in an orderly fashion.”

If this happens, the UK could end up falling back onto World Trade Organization terms at the beginning of next January, with all the trade, tariff and customs implications that would bring.