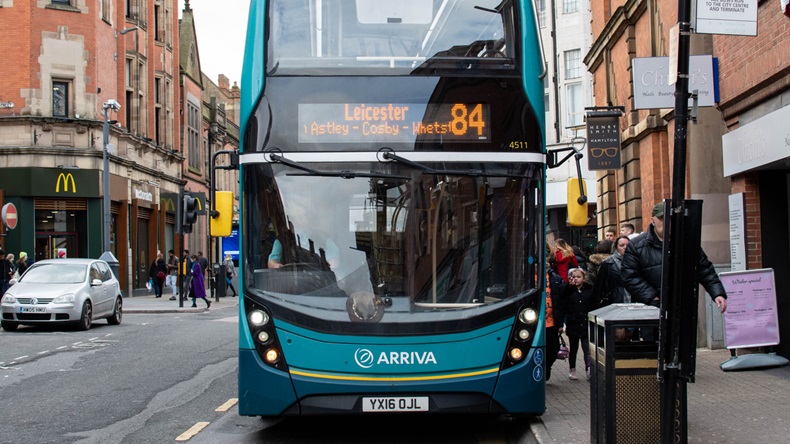 As the UK looks to take a global lead in developing a vaccine against COVID-19, the country is making use of real-time data of local coronavirus outbreaks to help target recruitment for Phase III clinical trials.

The UK has two frontrunners in the global race to develop a vaccine – the adenovirus-based candidate from the University of Oxford and AstraZeneca PLC, and a self-replicating mRNA candidate from Imperial College in London.

One of the biggest problems facing investigators leading these trials in the UK is the declining levels of SARS-CoV2 across the country. This is good news for the health of the country, but bad news for Phase III trials, which require trial volunteers to be exposed to the virus.

In order to counteract this problem, the government has created a UK Vaccine Taskforce, which is working with Public Health England (PHE) and the National Institute of Health Research (NIHR) to analyze data from hundreds of daily positive COVID-19 tests. From this, the taskforce is able to identify local hotspots where potential subjects could be recruited into the large-scale trials.

Making Up For A Slow Start

The UK has been criticized for its response to the coronavirus pandemic, with many independent epidemiologists accusing it of being slow to order a lockdown in March. The apparent delay has been blamed for the UK becoming the country with the third highest death toll from COVID-19 globally, behind only the US and Brazil.

The government has also been accused of failing to rapidly roll out a ‘test, track and trace’ system. The number of swab-based tests conducted is currently just under 100,000 per day, which is enough to detect emerging hotspots. One such hotspot in England is the Midlands city of Leicester, where a local lockdown was reintroduced on 3 July, just as the rest of the country was moving to the next stage of re-opening. The Welsh town of Merthyr Tydfil has recently overtaken Leicester in terms of the number of cases of infection per 100,000 people tested (see map below).

The UK Vaccine Taskforce is chaired by Kate Bingham, who has been seconded into the role from her long-standing position as managing partner of life sciences venture capital firm SV Ventures.

Bingham gave evidence recently to members of parliament on the Science and Technology Committee on the response of UK science to the COVID-19, alongside other leaders from the sector.

The taskforce chair said she was optimistic that a vaccine could be found, but said it was still unclear if a fully ‘sterilizing’ vaccine against COVID-19 – ie one which could fully protect against infection – could be developed before the end of 2020.

One of the main factors for caution on vaccines timelines is the declining prevalence of the infection in the UK. “Trying to demonstrate a clinically effective response, a protective response in a declining pandemic is challenging. So our options [are that] we either expand the size of studies, or we go abroad where we can focus the studies in the epicenters,” Bingham told the committee on 1 July.

“[We can now] use real time swab data to send to our research nurses in the particular hotspot sites so that we can go and enrol in those centers, so that we can maximize the likelihood that people in the trial will be exposed to disease. Then you'll be able to show whether or not a vaccine actually has a protective effect.”

Nevertheless, Bingham was cautious about naming a date when she thought a vaccine could be ready, and said it would possibly be early 2021 before enough data would be available to show efficacy in any of the candidates.

There remains hope that the University of Oxford vaccine and AstraZeneca candidate, AZD1222, could produce sufficient data by September 2020 to gain an emergency approval – most probably first by the UK’s own medicines regulator, the MHRA.

Also speaking to the committee was the trial’s chief investigator, Sarah Gilbert, Professor of Vaccinology at the University of Oxford and co-founder of biotech spin-off Vaccitech Limited.

Gilbert detailed how Phase III trials had also been launched in South Africa and Brazil, two countries where transmission rates are high, with AstraZeneca also set to conduct a study in the US from August, with the goal of recruiting 30,000 trial volunteers.

Gilbert also disclosed that investigators had already vaccinated 8,000 subjects in the UK – a clear sign that AZD1222 is significantly more advanced than its nearest competitors. These include candidates from Moderna, Inc., Pfizer Inc./BioNTech and CanSino, which are all gearing up to enter trials this month. (Also see "Coronavirus Update: Oxford Racing Ahead With 8,000 Vaccinated In Phase III Trial" - Scrip, 2 Jul, 2020.)

The UK Vaccines Taskforce is looking to ensure the UK population has the chance to be vaccinated early, and at the same time rapidly expand the manufacturing capacity in the UK and via international partnerships to scale up production.

This is seen not only as a contribution the global fight against the pandemic, but also as an opportunity for the UK to demonstrate the strength of its life sciences sector.