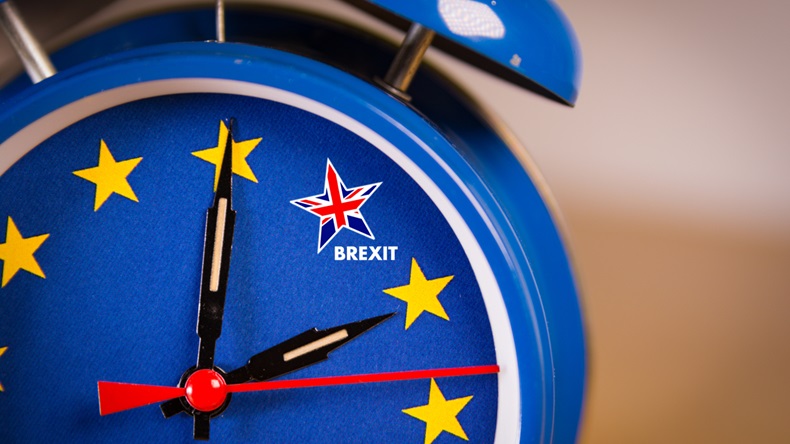 The UK government has again rejected calls to extend the Brexit transition period beyond the end of this year, even though there is concern that because of the COVID-19 crisis and political difficulties in the negotiations on the future relationship with the EU, the two parties may not have time to agree a comprehensive trade deal by 31 December.

Failure to strike an agreement would jeopardize the government’s already modest proposals for technical measures to avoid barriers to trade in medicines with the EU once the transition period expires on 31 December.

The plans, including the mutual recognition of good manufacturing practice (GMP) compliance and the acceptance of batch testing certificates, were first put forward in February as part of the government’s proposals for a “Comprehensive Free Trade Agreement” (CFTA) with the EU. These measures were to be included in a proposed annex to the section on technical barriers to trade in the CFTA. (Also see "UK To Seek Only Limited Regulatory Alignment With EU" - Pink Sheet, 28 Feb, 2020.)

The draft CFTA, having been previously shared only between UK and EU negotiators, was finally made public on 19 May, together with a number of draft framework agreements and annexes, including “Annex 5D” on medical products. This outlines the UK’s plans to eliminate non-tariff barriers to trade in medicines, promote the “compatibility and convergence of regulations based on international standards,” and “reinforce competitive market conditions based on principles of openness, non-discrimination and transparency.”

But it proposes only a handful of technical measures and intended to keep frictions in medicines trade to a minimum, as well as some other ideas on information sharing between the UK and the EU. They include the mutual recognition of GMP certificates, the right to conduct pre-approval inspections, acceptance of batch testing certificates and good clinical practice inspection reports, and the exchange of information on marketing authorizations (restrictions, suspensions or withdrawals).

The annex calls for the sharing of information on pharmacovigilance as well as data in applications for scientific advice, orphan medicine designation, pediatric investigation plans and marketing authorization and post-marketing authorization activities. A program is proposed to allow the equivalence of regulatory authorities in the UK and the EU to be assessed on an ongoing basis.

Annex 5D also says the two parties will try to “make every attempt to arrive at a mutually satisfactory arrangement to facilitate the sharing of documents and/or information in connection with ensuring the safety, quality and efficacy of clinical trials.” This includes assessments of requests to conduct a trial, reports of safety signals and urgent safety measures, and GCP inspection reports and plans.

Steve Bates, chief executive of the BioIndustry Association, said that although the text of the CFTA was “by no means agreed,” it was “heartening to see that the government has listened to industry and is seeking vital technical measures in Annex 5D of the draft UK-EU free trade agreement to enable the pharmaceutical and biotech industries to have reduced friction in trade compared to the UK exiting the EU with no deal whatsoever.”

Reaching agreement in areas such as mutual recognition, batch testing, information sharing and co-operation in clinical trials would benefit patients in both the EU and UK, Bates said. “This is particularly important as continued scientific, industrial, regulatory and political co-operation will be needed as we all work together, to develop vaccines and therapeutics to tackle COVID-19, and maintain medicine supply at this challenging time.”

But the pharmaceutical industry will be disappointed that there are no proposals for wider regulatory cooperation, for example some sort of role for the UK regulator, the MHRA, in the processes of the European Medicines Agency.

The BIA said earlier this year it was hopeful that some kind of protocol on continued alignment of medicines regulation, including continued participation in the EU pharmaceutical regulatory regimes, might be negotiated by the two parties. (Also see "BIA Sees Some Hope For Regulatory Alignment After Brexit" - Pink Sheet, 31 Jan, 2020.) That doesn’t seem to be on offer here.

Bates expressed disappointment in a separate “command paper” published by government this month and setting out how the UK will implement the Northern Ireland protocol, which is part of the Brexit Withdrawal Agreement. Among other things the paper proposes no tariffs on internal trade, no new customs infrastructure in Northern Ireland, and “unfettered” access to the rest of the UK for businesses in Northern Ireland. But it does not address the question of medicine supplies.

“Sadly, the UK’s approach to the supply of medicines in the Northern Ireland Protocol is completely missing,” Bates said. “This is disappointing as industry needs to know what the legal framework will be to continue to dispense medicines to the NHS [National Health Service] in Northern Ireland in seven months’ time. We must receive more detailed guidance as soon as possible to give patients certainty that their treatments will continue to be supplied.”

Meanwhile, the clock is ticking on the negotiations on the future UK-EU relationship, with the EU warning that it will not be possible to reach a detailed trade agreement by the end of the year, particularly given the political differences between the two parties and the impact of COVID-19. The fourth round of talks is due to begin on 1 June.

The major rifts between the parties relate to specific areas such as fishing and to the “level playing field” (LPF) requirements the EU says the UK must meet if it wants a zero-tariff arrangement. LPF requirements refer to common rules and standards that are intended to prevent businesses in one country imposing lower standards in areas such as workers’ rights, state aid and environmental protections in order to get the edge on businesses in other countries. The EU believes an LPF is necessary given the UK’s geographic proximity to the EU.

The UK says the EU’s LPF requirements are not acceptable because they would mean the UK continuing to accept EU rules in areas such as state aid. It has said it would be prepared to accept the negotiation and imposition of certain tariffs in exchange for not meeting the strict LPF conditions, which would mean tariffs would have to be negotiated individually. However, this would not be an easy undertaking. As law firm Pinsent & Masons observed, the “line-by-line negotiation of hundreds of pages of tariffs is a process usually measured in years rather than months.”

Given the fundamental differences between the two parties, and the risks of adding a no-deal outcome on top of the COVID-19 crisis in the UK, calls have been growing for the government to request an extension to the transition period. Under the Withdrawal Agreement, this would have to be done before 30 June. Such a move would allow more time to negotiate a deal after 31 December this year, but it would be difficult because the government has legislated against any such extension.

“If the UK government was to reverse its position, it would need to take a short emergency bill through parliament to repeal the self-imposed bar on an extension which it inserted into section 15A of the 2018 European Union (Withdrawal) Act earlier this year,” Pinsent Masons said. “There would also be a need for some other consequential changes to related legislation. However, ultimately, an extension would be possible under UK law, despite current legislative requirements.”

On 25 May, the EU’s chief negotiator, Michel Barnier, raised the matter again in a letter to UK MPs. He said the EU “remains determined to build a new and ambitious partnership with the United Kingdom in the short time that is available,” given your government’s repeated statement that it will not agree to an extension of the transition period.

“I take note of your views on a possible extension of the transition period,” Barnier continued. “Such an extension of up to one or two years can be agreed jointly by the two parties. The European Union has always said that we remain open on this matter.”

“It is the firm policy of government that we will not accept an extension to the transition period” – David Frost, UK chief negotiator

But an extension seems unlikely given the government’s insistence that a deal can be reached by the end of the year – a position that was reiterated at a 27 May virtual hearing of the UK parliament’s Committee on the Future Relationship with the European Union (formerly the Exiting the European Union Committee).

Asked whether, in view of the COVID-19 crisis, an extension was on the cards, David Frost, the UK’s chief negotiator, told the committee: “I don’t make policy, I only advise on it, it is set by the prime minister.” He said it was “the firm policy of government that we will not accept” an extension to the transition period, “and if asked we would not agree to it.”

On the LPF and the nature of the future relationship, Frost said it was “fair to say that we have a fundamental disagreement at the moment on most aspects of the level playing field… We are not saying there can be no level playing field provisions, but simply that there must be provisions that are appropriate to a free trade agreement” such as those found in the EU’s FTAs with Canada and Japan.

“This is what we have but forward,” Frost said, “but there is a big gap between those and where the EU is, and this will be one of the biggest issues we have to resolve in the next few months.”