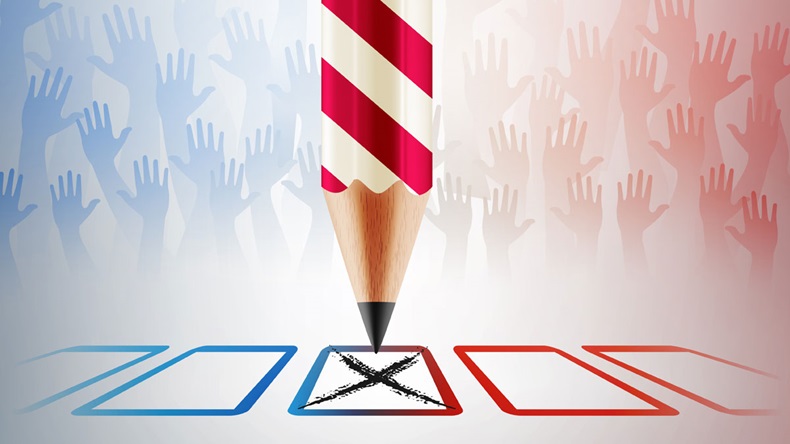 Members of the US House of Representatives backed by medtech entities did quite well in their Election 2020 races to retain their seats despite the politically divided state of the country, confusing voting instructions in some states and districts, and a delayed ballot-counting process. Only one freshman incumbent heavily supported by industry – Pennsylvania Democrat Chrissy Houlahan – lost her race, while the outcome of a Utah race is still being decided a full week after the polls closed.

Last week Medtech Insight analyzed US House race winners and losers by investigating which of a group of 31 representatives attracted the most medtech industry political action committee (PAC) dollars for their campaigns, and how those incumbent candidates did in their races. The PAC dollar amounts used in this story come from the Center for Responsive Politics’ OpenSecrets.org database, which relies on Federal Election Commission data and is continually updated.

One of the biggest surprises of the recent US election is how close Democrats came to losing control of the House, and in some very close races the counting continues.

One example of the closeness of some of the election contests for the device industry could be seen in Utah’s 4th District race between incumbent Democrat Ben McAdams and Republican Burgess Owens, a former National Football League player. McAdams received generous PAC contributions from medtech heavy-hitters Edwards Lifesciences ($7,000), Becton, Dickinson & Co. ($5,000) and Smith & Nephew ($5,000) in the days running up to the election. Two of those firms, Edwards and BD, have manufacturing plants in his district.

In fact, McAdams was one of 15 of House incumbents that received the highest amount of industry PAC donations, ultimately receiving a total of $22,500 for his campaign coffers, the OpenSecrets database says.

But the race between McAdams and Owens still hasn’t been called. On the afternoon of 6 November, McAdams (popular in Salt Lake County, where most voters are Democrats) was leading the contest with 47.4% of the vote over Owens’ 47.2%, a difference of fewer than 700 votes in the sparsely populated state of only 3.2 million residents. But by the evening of 9 November, the tide turned as more votes from Utah, Juab and Sanpete counties (where there are more Republican voters) were tallied, and Owens was beating McAdams by 695 votes. The race still had not been called as of the time this article was posted on 10 November. (See chart below.)

Angie Craig, Who Got Most PAC Dollars, Wins By Razor-Thin Margin

Another close race involving an industry favorite (as exemplified by the $33,999 in PAC contributions she gained from device entities) was won by Minnesota Democrat Angie Craig over Republican Tyler Kistner in the state’s 2nd District.

Craig was a popular choice for industry to donate PAC dollars to because she formerly served as an official at St. Jude Medical and helped persuade others in the House to vote to repeal the device tax in 2019 – and because her district includes several device manufacturing plants. (Also see "US Election 2020: Medtech PAC Funds Go To US House Reps Boosting Trade Deals, COVID-19 Tests" - Medtech Insight, 28 Oct, 2020.)

Nonetheless, when the returns started coming in the night of Election Day, Craig and Kistner were running neck-and-neck in Minnesota – each with about 47% of the state’s votes – and it wasn’t until the morning after that Craig emerged as the victor.

One of the Democratic casualties in this year’s election was Pennsylvania’s 6th District Rep. Chrissy Houlahan, an engineer and entrepreneur who lost her seat to Republican John Emmons. By the morning after the election, Emmons had captured 53% of votes in the district, which is west of Philadelphia in Chester and Burke counties.

Houlahan gained a lot of support from industry PAC contributions, and she received $17,675 in medtech donations to help her win the race. She was profiled in a March 2019 Medtech Insight interview as part of a group of moderate Democrats who wanted to keep the Affordable Care Act but also favored repealing the device tax. (Also see "US House Freshman Democrat Houlahan Explains Why She’s Pro-ACA, But Anti-Device Tax" - Medtech Insight, 5 Apr, 2019.)

Houlahan said at the time that she wanted the tax removed because it threatened “good, middle-class jobs in my district” at medtech plants operated by DePuy Synthes (a subsidiary of Johnson & Johnson) in West Chester, Siemens Medical Solutions and Neuronetics in Malvern, and Surgical Specialties in Wyomissing, and because she believed the tax was unnecessary.

The chairs of the House Ways and Means Committee and the Energy and Commerce Committee also benefited from industry largesse in the form of PAC dollars for their campaigns this election season, helping them to easily retain their seats.

Democrat Richard Neal of Massachusetts – who chairs Ways and Means, which handles Medicare and tax matters – received the second-highest total of industry PAC funds, a total of $32,000, receiving amounts between $1,000 and $6,000 each in PAC contributions from Edwards, Boston Scientific, BD, Smith & Nephew, AdvaMed and the MDMA. He also scored the highest allowable amount of PAC contributions that may be given to a single candidate, $10,000, from Medtronic. Neal has been instrumental in trying to break down medical product supply chain barriers for products including COVID-19 tests, ventilators and personal protective equipment, and bringing to his committee’s consideration legislation favorable to industry. (Also see "US Election 2020: Medtech PAC Funds Go To US House Reps Boosting Trade Deals, COVID-19 Tests" - Medtech Insight, 28 Oct, 2020.)

Membership on Neal’s committee looks like a who’s who of House members who did well in attracting industry funds, as the chart above shows. Those who sit on the panel include ranking member Kevin Brady of Texas, who formerly chaired the panel, and Jackie Walorski, who hosts several device firm facilities in her district and nearby it, as well as Terri Sewell, Suzan DelBene, Brendan Boyle, Brad Schneider, Mike Kelly, Darin LaHood, Jodey Arrington and Drew Ferguson.

Members of the House E&C panel – which handles Food and Drug Administration issues – also received some PAC dollars, including chairman Frank Pallone Jr., who garnered a total of $16,500 from companies and trade groups, followed by Michael Burgess ($20,150) and Anna Eshoo ($19,150), who are ranking member and chair of the E&C panel’s Health subpanel, respectively.