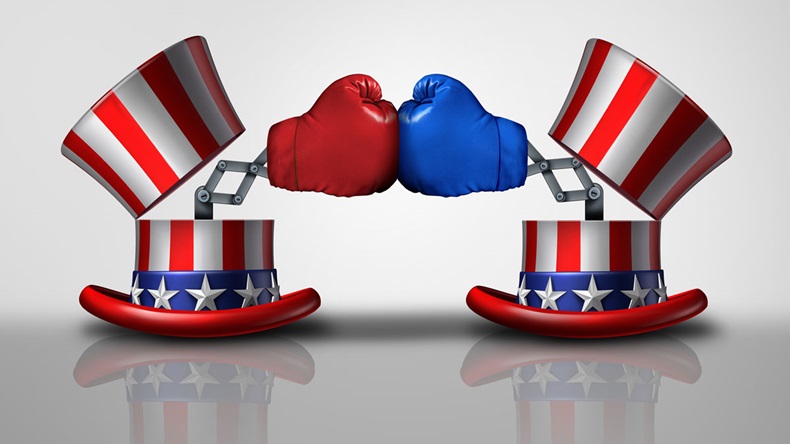 While the ballot-counting continues in several closely contested Senate races, the medtech industry can take comfort in knowing that most of the incumbent candidates they supported with their political action committee (PAC) dollars won their races and will return to Washington, D.C., when the next Congress convenes in 2021.

Among the casualties, however, were Sens. Cory Gardner (R-CO), who lost his race to former Democratic state governor John Hickenlooper; Martha McSally (R-AZ), who was defeated by ex-astronaut and Democrat Mark Kelly; and Alabama Democrat Doug Jones, who was knocked out by Republican former college football coach Tommy Tuberville.

In addition, a contest between North Carolina’s junior Sen. Thom Tillis (R), and Democrat Cal Cunningham has been so tight that the winner was still being determined at press time on Friday. (See chart below.)

In addition, while Tuberville of Alabama managed to flip one of the Democratic seats in the sharply divided Senate from blue to red, two Senate races in neighboring state Georgia are so close that control of the full Senate may take several months to determine. Run-offs in the Georgia races are scheduled to take place just weeks before the chamber meets for its 2021 session in early January.

“We have no evidence – or reason to believe – that FDA funding levels is a Republican versus Democratic issue … A flip in the Senate majority won’t change that.” – Steven Grossman

A key question for the device industry is whether Democrats might reduce funding for the Food and Drug Administration if the Senate changes hands. But Steven Grossman, deputy executive director of pro-FDA funding org the Alliance for a Stronger FDA, says the answer is “No.”

“We have no evidence – or reason to believe – that FDA funding levels is a Republican versus Democratic issue … A flip in the Senate majority won’t change that,” Grossman said in an Alliance analysis issued on 6 November.

Most Senators whose campaigns drew device-industry PAC support are familiar with the needs of medtech firms either due to the device company facilities located in their states, or because they sit on Senate committees that cover medtech issues. For example, the constituents of Texas Republican John Cornyn include employees of Medtronic Inc. facilities in Ft. Worth, Houston, and Dallas, as well as at Becton, Dickinson & Co. manufacturing plants in San Antonio, Austin, and El Paso.

Sen. Bill Cassidy (R-LA) – who served as a medical doctor before being elected to the Senate six years ago – received the sixth-highest amount of PAC dollars from medtech firms at $15,500. He is known within the industry for being a long-time supporter of medical device tax repeal.

In his role as a member of the Health, Education, Labor and Pensions Committee, Cassidy has taken an interest in how medical equipment is being handled under Medicare’s Durable Medical Equipment, Prosthetics, Orthotics and Supplies (DMEPOS) program.

He joined with Sen. Sherrod Brown (D-OH) in July 2019 to send a letter to the Centers for Medicare and Medicaid Services asking that the agency not add non-invasive ventilators to the DMEPOS competitive bidding program “to ensure the bidding and contract process takes into account medical needs, care complexity, and beneficiary access to experienced providers in the [ventilation] field.”

Mitt Romney, who also sits on the Senate HELP Committee, has among his constituents employees of an Edwards Lifesciences’ manufacturing facility in Draper, Utah. The Senator received $10,000 from Edwards in PAC funding.

Earlier this year, Romney joined Sens. Lamar Alexander (R-TN), and Dick Durbin (D-IL) in introducing the Commission on America’s Medical Security Act, aimed at safeguarding the US medical supply chain and reducing America’s dependence on foreign-made medical equipment. The bill calls for a study and action plan to improve the resiliency of the US supply chain for critical devices, drugs and equipment to increase domestic manufacturing capabilities and stockpiles for medical emergencies.