US Election 2020: Trump's Sway Over Courts Expected To Linger 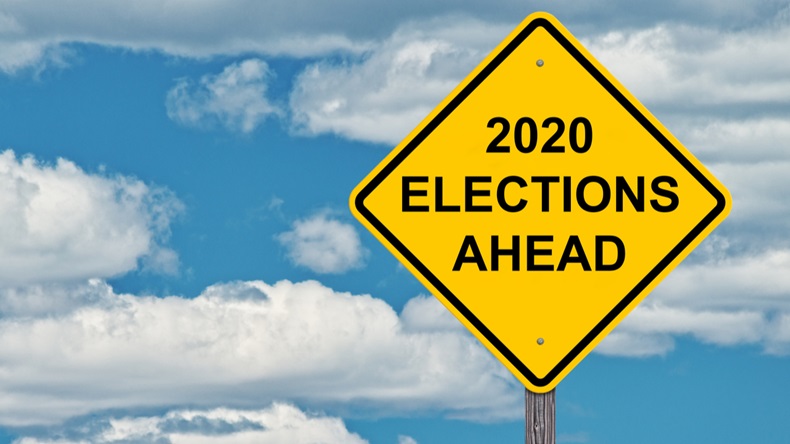 As US presidential candidates, Republican incumbent Donald Trump and Democratic challenger Joe Biden offer starkly different visions for the future of the country. But even if Biden wins, legal experts say the sheer number of judges appointed by Trump may act as an effective roadblock against potential changes to device law.

“The Trump administration has managed to get the Senate to confirm the largest number of judges in any single term,” Stuart Gerson, a partner with the law firm Epstein, Becker and Green, and a former acting attorney general, told the Pink Sheet’s sister publication Medtech Insight. “So whether or not the Trump reign ends next January, it’s embedded itself in the judicial system in at least a semi-permanent way.”

The high court nomination of the conservative seventh-circuit judge was announced on 25 September, and her Senate confirmation hearings are set to begin on 12 October.

Attorney and consultant Dvorah Richman concurred, noting that the Supreme Court’s impact is limited compared to that of the lower courts – in part because it only hears about 100 to 150 cases a year, while federal circuit courts and courts of appeals decide thousands.

“The Trump administration appointed many conservative judges, and there are currently no vacancies at the federal appellate court level,” she said. “Considering this, I don’t think there will be big changes in the near term. Changes may come in the future when these judges begin to retire or if there is legislation that expands the size of the lower federal courts."

Specifically, judges appointed by Trump tend to take a more “textualist” approach to the law than judges appointed by past administrations, Gerson said. That means they rely on the ordinary meaning of a legal text, rather than looking beyond it to factors such as the intentions of the legislators or the problem the law was intended to serve. And judges who take that approach are likely to place stricter limits on what actions are permitted for executive-branch agencies, such as the Food and Drug Administration.

He noted that the trend toward textualist interpretations crosses the aisle, with Justice Elena Kagan standing as the most prominent liberal textualist. Given her influence among lower-court judges, it’s likely that any Democratic attempts to expand the power of federal agencies would face an uphill battle.

“There are a whole host of areas where a Biden administration is likely to regulate more heavily than Trump and the Trump administration, but it's going to be facing lots of Trump judges who are going to be looking less at guidance and regulations than at statutes.” – Stuart Gerson

“There are a whole host of areas where a Biden administration is likely to regulate more heavily than Trump and the Trump administration, but it's going to be facing lots of Trump judges who are going to be looking less at guidance and regulations than at statutes,” Gerson said.

Overall, that trend would require Congress to write laws in a way that allows for a minimum of interpretation, he said. And it also encourages federal agencies to hew closely to established procedures in issuing new regulations. (Also see "Gottlieb vs Azar vs Califf vs Gottlieb: The Public Fight Over How The US FDA Should Operate" - Pink Sheet, 21 Sep, 2020.)

Gerson further predicts that False Claims Act enforcement would remain relatively consistent in either administration, as they have historically. One potential difference: Trump’s Department of Justice may be marginally more likely to intervene to have whistleblower suits against corporations dismissed. But that’s unlikely to come into play in larger cases, he said.

“Every October when the fiscal year ends, the government touts the billions of dollars that it gets in False Claims Act cases,” Gerson said, adding that both parties found the FCA “politically advantageous.”

“It takes the heat off of them when they should be talking about health care policy,” he said. “They can talk about fraud, waste and abuse, even though it's a pittance compared to what the total health care economy is.”