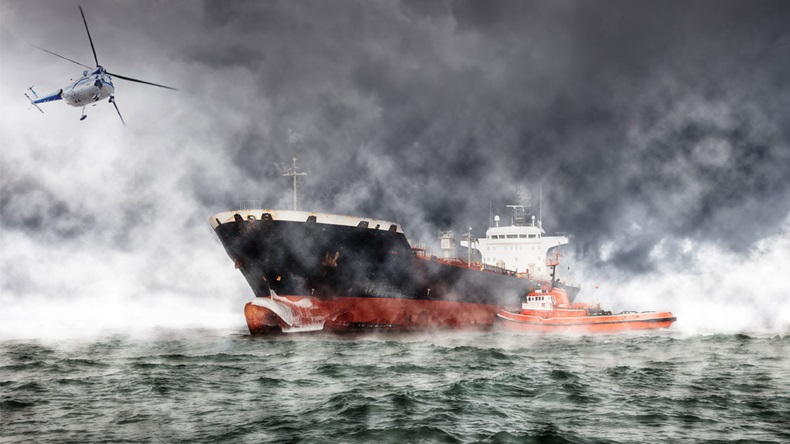 Delcath Systems Inc.’s decision to overhaul the ongoing Phase III study for its melphalan chemosaturation system could get the company closer to resubmitting a new drug application in 2019 but also brings with it considerable regulatory risk.

The company announced July 27 that it is reducing by two-thirds the size of the FOCUS trial in patients with ocular melanoma that has spread to the liver, altering the design from a randomized to a single-arm study, and changing the primary endpoint.

The changes “have effectively annulled” a Special Protocol Assessment (SPA) agreement with FDA on the trial’s original design, Delcath acknowledged.

Overhaul in the pivotal study design for a product that FDA previously concluded lacks an acceptable risk/benefit profile could test the agency's regulatory flexibility, even in the setting of a rare disease.

The company said the changes were necessary due to accrual difficulties with the study as originally designed.

However, whether the newly designed trial will be able to demonstrate the meaningful efficacy and assurances around safety that FDA is seeking remain big question marks since the trial grew out of the agency’s request for additional data in a 2013 complete response letter.

Approximately 2,000 Americans are diagnosed with ocular melanoma each year. The disease spreads to other organs in the body in about half of all cases and most commonly to the liver, according to the Melanoma Research Foundation.

Melphalan for use with the Delcath Hepatic Delivery System (Melphalan/HDS) is a drug/device combination product that administers high-dose chemotherapy by percutaneous hepatic artery infusion to the liver, but extracts the drug prior to venous return of the externally circulated blood to limit systemic exposure.

In Europe, the melphalan delivery system has been commercially available since 2012 under the Chemosat trade name and is used at major medical centers to treat a wide range of cancers of the liver, according to the company.

In the US, the company’s initial bid for approval for ocular melanoma that has metastasized to the liver resulted in the Oncologic Drugs Advisory Committee’s unanimous recommendation against approval in May 2013. Panelists concluded the product’s toxicities, including fatal and life-threatening adverse reactions, outweighed its benefits on hepatic progression-free survival and overall PFS. (Also see "Melblez ODAC Review May Test The Outer Limits Of Toxicity" - Pink Sheet, 3 May, 2013.)

Delcath seemed to get back on the regulatory track with its January 2016 announcement that it had reached the SPA agreement with FDA on the design of a new Phase III trial known as FOCUS. (Also see "Delcath Looking For Second Chance With SPA" - Scrip, 19 Jan, 2016.)

In January 2018, Delcath announced a SPA modification agreement with FDA to revise the patient eligibility criteria to permit a greater extent of extra-hepatic disease by removing the size restriction, number and location of extra-hepatic lesions, in conjunction with a treatment plan for the extra-hepatic metastases. The change was aimed at accelerating enrollment, the company said, but cautioned that any impact on speeding accrual was not expected to be immediate and it was unlikely that enrollment would be completed in time to resubmit the NDA in 2019.

Accrual Should Speed Up …

Delcath has now apparently concluded that the randomized design and size of the FOCUS trial is not feasible.

“For the last 18 months, we have been working closely with the FDA, our trial investigators, and the patient advocacy community to address accrual challenges for the FOCUS trial under its previous randomized protocol,” President and CEO Jennifer Simpson said in a press release. “The feedback we received was clear. The rarity of ocular melanoma, absence of crossover to the experimental trial arm, and the availability of PHP [percutaneous hepatic perfusion] therapy in a commercial setting in Europe all combined to inhibit enrollment in the trial.”

“With this amendment, we believe that we will now be able to complete trial enrollment in a timely fashion while providing a strong scientific case to support an application for approval,” Simpson said.

The rarity of ocular melanoma, absence of a crossover design, and commercial availability of percutaneous hepatic perfusion therapy in Europe "all combined to inhibit enrollment in the trial.” – Delcath CEO Simpson

Under the amended protocol, the trial will become a single-arm study of 80 patients, marking a 66% reduction in overall trial size from the original FOCUS protocol.

The primary endpoint has been changed to objective response rate, with secondary endpoints that include duration of response, disease control rate, overall survival and PFS.

The company now anticipates completing enrollment by the end of first half of 2019.

In response to questions from the Pink Sheet, Delcath said the protocol amendment was not based on known results to-date but, rather, was intended only to address accrual challenges.

Patients in the US were frustrated by the prior protocol’s randomization requirement and the unavailability of this therapy outside of a clinical trial setting, said Jonathan Zager, the FOCUS trial’s principal investigator and professor of surgery at the University of South Florida School of Medicine.

“I believe that the amended, single-arm trial will provide greater access to this therapy for appropriately selected patients while evaluating efficacy and safety in a manner consistent with other recently approved cancer therapies,” Zager said in the company’s press release.

… But SPA Will Go Away

However, the trial’s overhaul will result in the nullification of the company’s SPA with FDA.

A SPA indicates agency concurrence with the adequacy and acceptability of key elements of the design of a trial intended to support a future marketing application. However, the existence of a SPA does not guarantee that FDA ultimately will conclude the trial results are adequate to support approval.

FDA’s April 2018 final guidance on SPAs states that if a sponsor fails to follow the agreed-upon protocol or makes substantive changes, such as to endpoints or the study population, without agency agreement, “then FDA will consider the results from the study as a review issue; FDA will not, however, be bound by the SPA agreement because the study conducted was not within the agreed terms of the SPA.”

Delcath said FDA “has communicated that it does not object to the company conducting the trial outside of a SPA agreement. FDA and Delcath have worked consistently together over the last 18 months and FDA has responded to all of Delcath’s questions focusing on the revised non-randomized protocol design, conduct, execution, data analysis and labeling implications.”

Delcath declined to say whether or not the agency agreed with the trial design changes. “As with all drugs under FDA review, FDA will assess the benefit/risk during their review of the NDA once submitted,” the company said in a statement to the Pink Sheet.

Generally, the agency cannot order sponsors to conduct trials in a certain manner but can only make recommendations around protocol design. Consequently, study design issues, including protocol changes after a trial is underway, are often considered review issues for an NDA.

From a regulatory perspective, one thing Delcath has going for it is FDA’s increasing willingness to consider more flexible and adaptive trial designs, particularly in rare diseases.

However, a complete overhaul in the pivotal study design for a product that the agency previously concluded lacks an acceptable risk/benefit profile could test its regulatory flexibility.