US Hospitals Cancel Elective Surgeries, Team Up With Medtechs To Find Remote-Monitoring Solutions 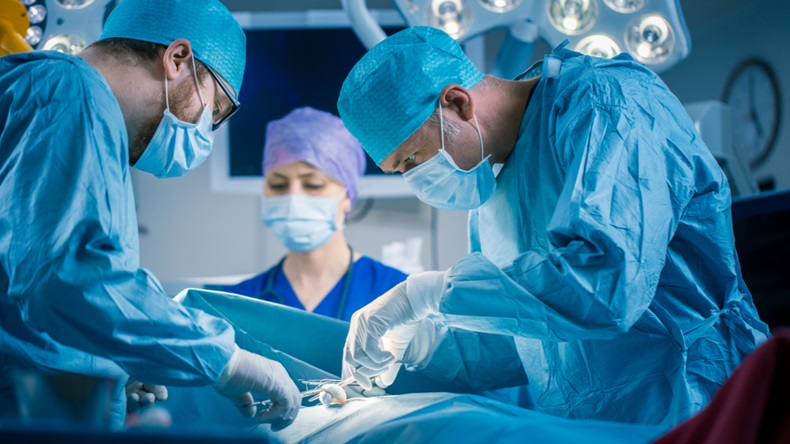 As hospitals across the United States prepare for an influx of COVID-19 patients, many are choosing to follow recommendations by the US Surgeon General to cancel elective surgeries and move routine care to virtual visits in an effort to prevent infections and make room for critically ill patients.

Some analysts predict that the cancellations will negatively impact procedure growth if the procedures aren't made up by end of the year.  (Also see "The Cost Of Coronavirus: Medtech Market Wins And Losses" - Medtech Insight, 28 Feb, 2020.)

Hospital investment on capital purchases will also be impacted near-term as hospitals are too busy to consider larger purchases, wrote BTIG analyst Ryan Zimmerman in a 15 March analyst note.

Major hospitals all across the nation – including Boston's Brigham and Women's Hospital, New York-Presbyterian, the main facility of the University of California, San Francisco, Kaiser Permanente and John Muir Health medical facilities in the East Bay area in San Francisco and Massachusetts General Hospital – have all reportedly halted elective surgeries. Zimmerman wrote on 15 March that others such as the Cleveland Clinic, Thomas Jefferson, Duke University Hospital and Emory University were still discussing cancellations.

These actions follow a tweet on 14 March by the Surgeon General Jerome Adams asking hospitals and health care systems to "please consider stopping elective procedures until we can #FlattenTheCurve!" and by the American College of Surgeons (ACS) to "thoughtfully review all scheduled elective procedures with a plan to minimize, postpone, or cancel electively scheduled operations, endoscopies, or other invasive procedures until we have passed the predicted inflection point" and that health care systems can "support a potentially rapid and overwhelming uptick in critical care patient needs." The ACS also recommended immediately minimizing the use of essential items needed to care for patients, such as ICU beds, personal protective equipment, terminal cleaning supplies and ventilators. (Also see "Trump Declares COVID-19 ‘National Emergency,’ US FDA Expands Overseas Inspections Freeze" - Medtech Insight, 13 Mar, 2020.)

"Many hospitals nationwide are instituting or discussing instituting deferring elective procedures that might include screening endoscopy and routine health and wellness checks," said Julian Goldman, an anesthesiologist and the director of Massachusetts General Hospital's Medical Device Interoperability and Cybersecurity program as well as the hospital’s medical director of biomedical engineering.

Goldman could not speak about Mass General's plans on handling elective surgeries. But he did say "it is clear, based on what we have seen so far in other countries who are dealing with the coronavirus outbreak, that many US hospitals have to re-prioritize activities to plan to screen and treat COVID-19 patients." They may also be faced with shortages of supplies including personal protective equipment (PTE) such as masks, gowns, goggles and N95 medical respirators, all of which are "vitally important at a time like this." (Also see "Former FDA Chief Urges Manufacturers To Shift Gears In Coronavirus Efforts" - Medtech Insight, 16 Mar, 2020.)

He said he has been in continuous meetings over the weekend to plan for the influx of patients that may have been exposed to COVID-19 or are infected with the virus and how to optimize technology to both take care of patients and protect caregivers.

Mass General is one of 10 medical centers in the US that is federally funded to handle patients infected with special pathogens. In 2014, Goldman's lab led the development of a medical response for Ebola care with some 20 organizations, including manufacturers, federal government and other hospital systems, to improve the safety of caregivers and improve surveillance of quarantined patients at home.

"All of these examples apply directly to COVID-19," he said. Back then, Goldman tested prototypes of remote-controlled medical devices allowing a caregiver to change device settings – specifically oxygen levels on ventilators and delivery of drugs in intravenous infusion pumps – from outside the patient's room.

"We looked at the safety and technology issues. The project ended shortly after Ebola in the US, but the lessons are already informing meetings with manufacturers and federal agencies," he said.

While the work in 2014 yielded useful demonstration projects and pilot proof-of-concepts, the collaborative effort now may lead to a much faster deployment of technologies, he said.

Innovations in medtech and the regulatory landscape has progressed since 2014. And in the last two weeks, the FDA has given diagnostics makers and academic institutions permission to use their laboratory-developed tests to detect coronavirus under the Emergency Use Authorization (EUA) to help mitigate the spread of the disease. The EUA does not mean that tests are approved, but it allows for temporary use of a diagnostic, drug or vaccine when the Department of Health and Human Services declares a public health emergency. (Also see "$8.3Bn Coronavirus Response Act Lays Out US FDA’s, CDC’s And Localities’ Roles In Fighting Virus" - Medtech Insight, 10 Mar, 2020.)

"I think with ‘all hands on deck’ addressing a public health issue is more of an opportunity to resolve things quickly. I am very optimistic about deploying new technology capabilities in collaboration with manufacturers and the FDA," Goldman said.

"I think with ‘all hands on deck’ addressing a public health issue is more of an opportunity to resolve things quickly. I am very optimistic about deploying new technology capabilities in collaboration with manufacturers and the FDA." – Julian Goldman

Zimmerman wrote in his note that orthopedic surgeons he spoke with noted no change in elective surgery procedures as of last week, but they acknowledged that things could change rapidly.

"We began hearing about elective surgery cancellations at sites such as Massachusetts General where elective procedures are cancelled for the next two weeks (at minimum)," he wrote. "Given these dynamics, we believe it's fair to assume at least two to three-week meaningful disruption with procedures potentially made up in late Q2 and through the balance of [2020]. One surgery director noted that sales reps are being prevented from entering surgical suites to limit contact with physicians," Zimmerman wrote.

"One surgery director noted that sales reps are being prevented from entering surgical suites to limit contact with physicians." – Ryan Zimmerman

Based on the responses of 25 US-based orthopedic surgeons surveyed ahead of the cancelled American Academy of Orthopedic Surgeons meeting, Zimmerman wrote that he expects an approximate 2.1% increase in total knee arthroplasty procedures over the next 12 months, which is in line with historic market growth rates. Assuming a three-week disruption to procedures from COVID-19, he estimated that procedure growth could fall about 3% to 4%, if they aren't made up by year-end.

In San Diego, health officials are ordering hospitals to "stop non-emergent and elective surgeries when possible" and are banning non-essential personnel from entering hospitals and long-term care facilities.

Steve Green, chief medical officer for Sharp Rees-Stealy Medical Group in San Diego, one of the largest medical groups in the county with 22 locations, 580 physicians and 2,800 staff members, said the medical group is following the Surgeon General's recommendation and the public health directive from the county of San Diego.

"The system [medical group] is having daily meetings to find the most appropriate solutions for what is likely to be a worsening epidemic," Green toldMedtech Insight.

Goldman speculated that some cancelled procedures may be made up, but that depends on several factors, such as the return of capacity and whether patients with purely elective surgeries will decide to wait longer to have surgery.

"We don't know what the state of the population will be, we don't know how hard this will hit the country, whether through a combination of hard work, skill and luck and the seasons whether we will come through this much better or much worse than some of the other countries around the world."