US Initiative To End HIV Epidemic Will Boost PrEP Access 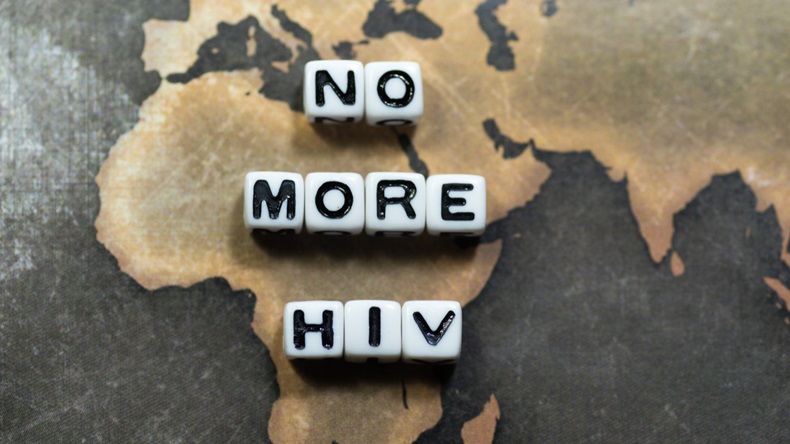 More individuals will gain access to HIV drugs and pre-exposure prophylaxis (PrEP) medication under the the Trump administration's new multi-agency Initiative to End the HIV Epidemic, via strategies such as increasing affordability of  PrEP obtained through federally qualified community health centers.

HHS officials provided some specifics on the plan Feb. 6, following its unveiling in the president's State of the Union address the evening before. (Also see "How Much Can Trump’s Childhood Cancer Funding Proposal Boost Drug Approvals?" - Pink Sheet, 6 Feb, 2019.) The goal of the initiative is to reduce new HIV infections in the US by 75% in the next five years and 90% in the next 10 years. To do so, HHS agencies aim to diagnose individuals with HIV as early as possible after infection, assure they get antiretroviral treatment, and increase PrEP use among those at risk for HIV. Funding to increase prevention and treatment activities will be proposed in the Trump administration's upcoming budget plan for fiscal year 2020; amounts have not yet been disclosed.

The efforts will focus on the 48 counties in which there has been a 50% increase in HIV diagnoses in 2016 and 2017 and the seven states that account for the majority of infections in rural communities. Increased investments will be made in these geographical hotspots through existing programs, as well as a new program through community health centers that will provide PrEP medicine. Funds will also be provided to use data to identify where HIV is spreading most rapidly and to create a local HIV HealthForce in these areas to expand HIV prevention and treatment.

Carl Schmid, deputy executive director of The AIDS Institute, said it is estimated that there are over one million people at risk who could be using PrEP but only about 100,000 are getting it.Gilead Sciences Inc.'s Truvada (emtricitabine/tenofovir/disproxil fumarate) is currently the only approved PrEP treatment, though many other antiretrovirals are in clinical development for such use. Schmid said the list price for Truvada is $1,600 per month although costs may be reduced, such as through discounts to Medicaid. He said high deductibles and co-pays have been barriers to treatment. Low-income individuals purchase the drug from pharmacies at qualified community health centers.

At the press briefing, National Institute of Allergy and Infectious Diseases Director Anthony Fauci noted that if an individual is treated with an antiretroviral, he or she will not transmit the virus to another individual if viral load drops below a detectable level. And, he said, it is known that PrEP prevents HIV in more than 97% of cases.

"If you put those two together theoretically then, if you get everyone [who is] infected on an antiretroviral and decrease their viral load below a detectable level and give those who need PrEP PrEP, you can theoretically end the epidemic as we know it," Fauci stated.

"It's a bold and historic initiative," Carl Schmid, deputy executive director of The AIDS Institute, said.

PrEP is provided through federally qualified community health centers, which purchase drugs through the federal 340B Drug Discount Pricing Program. Giroir said the Trump administration would be "working on a number of aspects of affordability to support this program."

The AIDS Institute's Schmid said this is the first time there has been a concerted effort to end the epidemic. "It's a bold and historic initiative," he stated. "Hopefully, Congress will fund it not just this year but for the next 10 years."

Giroir, Fauci and the other HHS officials in the press briefing later met with Schmid and other members of the HIV community to discuss the initiative. Schmid said they were told that the FY 2020 budget would provide specific funds for the initiative, including funds for community health centers, the Centers for Disease Control and Prevention, and the Ryan White HIV/AIDS Program. The community health centers funding includes a line item for PrEP.

Until now, "we haven't had a funding stream for PrEP," Schmid said.

He noted that the US Preventive Services Task Force, an independent panel of national experts in disease prevention and evidence-based medicine, has given PrEP a Grade A recommendation that clinicians offer PrEP to persons at high risk of HIV infection. Once the recommendation is finalized, health plans must cover the treatment with no cost sharing. The Task Force issued the draft recommendation last year.

Jacki Chou, senior director, policy & economics at Precision Health Economics, said another barrier to uptake of the treatment has been the lack of knowledge about it among patients and providers. "It is really wonderful to have support for additional resources for outreach and access" to treatments, she said.

An estimated 1.1 million persons in the United States are currently living with HIV, and more than 700,000 persons have died from AIDS since the first cases were reported in 1981.

Fauci said the administration's initiative is similar in concept to the 90-90-90 plan, which focuses on a continuum of care from infection to diagnosis to viral suppression. Getting infections down by 75% in five years and 90% in 10 years is "our version of 90-90-90," he said.

What's new with this initiative is the "laser focus" of multiple agencies working closely together, Fauci said.