US Presidential Field Narrows, But Ranking The Candidates For Pharma Is Still Complicated 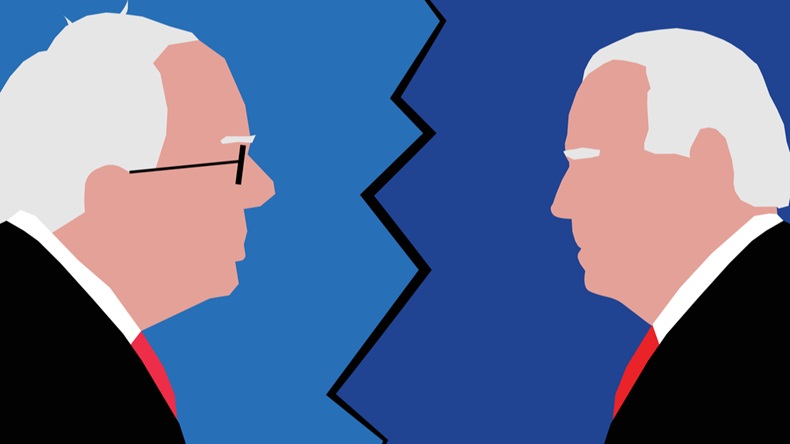 THERE ARE NOW TWO VIABLE CANDIDATES FOR THE DEMOCRATIC PRESIDENTIAL NOMINATION: BERNIE SANDERS AND JOE BIDEN.

After Super Tuesday, it looks more and more like there are three possibilities to serve as the next President of the United States: Donald Trump for a second term, or one of two potential Democratic nominees: Vermont Sen. Bernie Sanders or former Vice President Joe Biden.

It is pretty easy to rank them in terms of health care policies that would best fit the priorities of the biopharmaceutical industry.

And yet, if your job is to lobby on behalf of the pharmaceutical industry, you just might be pining for a Sanders victory.

To be clear, that outcome would definitely be tough for innovator companies. Sanders would be expected to use every tool in the President’s arsenal to tackle drug prices. If you think Trump’s IPI and import proposals are bad, just wait until you see what Sanders would propose. (Also see "Biopharma Needs A Deal On Drug Pricing As Shield Against Possible Democrat Wins – BIO’s Greenwood " - Pink Sheet, 12 Feb, 2020.)

But Sanders will also face the same obstacles that have hampered Trump when it comes to drug pricing. First and foremost, while there are tons of administrative tools to use to try to deal with segments of the prescription drug market, there is no central price setting authority – and won’t be one without legislation. And, despite Sanders making “Medicare for All” his signature policy goal, there is just no path to enactment of that proposal under almost any election day scenario. (Also see "Medicare-For-Hmmm: A Year Of House Hearings Show Democratic Disunity " - Pink Sheet, 17 Feb, 2020.)

Remember, the Democrats face an uphill battle to reclaim a simple majority in the Senate. With Sanders at the top of the ticket, many observers argue, their odds in the Senate actually get harder. Be that as it may, even if the Democrats sweep the competitive races, they won’t have 60 votes to overcome a filibuster – and, more importantly, won’t have 50 votes in their own caucus for a single-payor program.

And that’s where the lobbying advantages come in. Sanders’ embrace of the “socialist” label makes it very easy for industry: they can simply oppose absolutely everything he proposes, and count on unanimous support from the GOP – and, likely, from many other outside advocates in the health care system – on those grounds alone.

Moderate Democrats (including potentially enough to prevent a majority in the House) can also be counted to vote against “socialist” programs.

It is not that Sanders won’t get anything done on drug prices. It is just that what he does do will almost certainly have to be through the regulatory and administrative processes – subject to judicial review by courts that may be even more hostile to “socialist” ideas than Congress – and inherently subject to reversal by the next administration.

Now consider a different scenario. Donald Trump is re-elected but the Republicans lose the Senate (and fail to recapture the House).

Is it so hard to imagine Trump deciding to work with the Democrats to deal with drug pricing and fulfill his campaign promises about getting the US the best prices in the world? From the Democratic side, with Trump no longer running for re-election, they no longer have to worry about giving him a “win.” And if a deal is struck – say something similar to HR 3, which uses international reference pricing to guide “negotiation” for the US – what exactly will be industry’s message to rally opposition?

To be clear, the scenario of Trump winning while the GOP loses the Senate is perhaps the least likely outcome on election day. The status quo (GOP Senate, Democrat House, Trump as President) is far more likely.

There may be reason to worry still: at least for the House Democrats, cutting a deal with Trump could remain an attractive prospect – particularly if it makes Republicans in the House and Senate uncomfortable. But any deal would still have to involve the Senate and its Majority Leader Mitch McConnell (R-Ken.) to become law, and so the range of outcomes is quite manageable.

And if Joe Biden is the next President? That’s a topic for another day.