Senate's Over-the-Counter Monograph Safety, Innovation, and Reform Act goes next for consideration by House, which has had a bill by the same title on its floor for a vote since it was passed by Energy and Commerce Committee in late June. 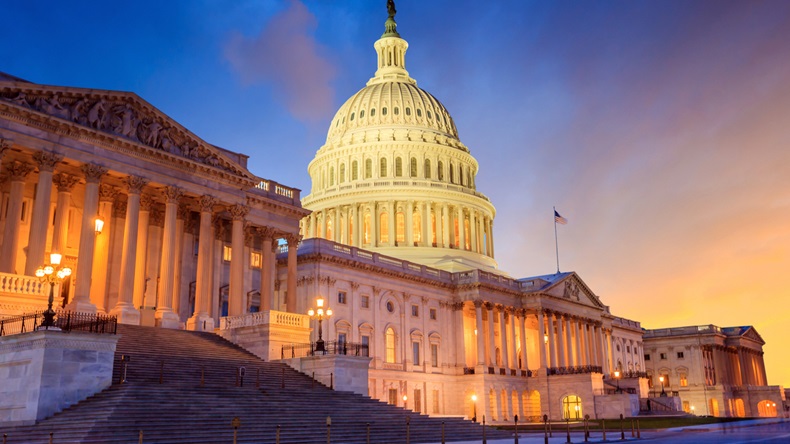 The Senate takes the lead on Capitol Hill on legislation to modernize and streamline the OTC drug monograph process by passing its first bill after the House previously sent over three bills proposing the changes.

The Senate passed the Over-the-Counter Monograph Safety, Innovation, and Reform Act. S. 2740, on 10 December. The bill goes next for consideration by the House, which has had a bill by the same title, H.R. 3443, on its floor for a vote since it was passed by the Energy and Commerce Committee in late June.

Sen. Lamar Alexander, chairman of the Health, Education, Labor and Pensions Committee, which sent S. 2740 to the floor on 30 October, said that he began considering the Food and Drug Administration’s OTC monograph program in 2015 when he asked the agency’s drug center director, Janet Woodcock, about agency programs that needed improvements.

“She replied that the over-the-counter monograph ... hadn’t been updated since the 1970s and that she hadn’t been able to persuade Congress to do it,” said the Tennessee Republican in a statement.

Alexander also said the bill authored by Sens. Johnny Isakson, R-GA, and Bob Casey, D-PA, is “the most important new law affecting the safety, innovation, and affordability of over-the-counter drugs since the 1970s.”

Isakson and Casey have been the Senate champions for monograph reform, though their bills in three previous sessions received little support, with one passing out of committee but not receiving a floor vote in 2018 and the others getting no traction. (Also see "Senate OTC Monograph Legislation Tracks House Bill On Exclusivity" - HBW Insight, 30 Oct, 2019.)

The Consumer Healthcare Products Association noted the Senate’s previous inaction on the legislation in a statement commending Isakson, Casey and other HELP Committee members and their staff. They got “this important legislation, after several years of consideration, across the finish line in the Senate,” said CHPA president and CEO Scott Melville.

Melville also pointed out that Isakson, who will not complete his current term ending in 2023 and is leaving Congress later in December, has had “years of leadership in health care policy.”

Both bills would move the monograph process from notice-and-comment rulemaking proceedings to administrative processes with timelines for the FDA's decisions on proposals.

Sunscreen Innovation Act-related provisions in the bills state that the FDA must published proposed revisions to the final sunscreen monograph 18 months after the date of the bill's enactment. The failure of the act passed in 2014 to generate additions to the sunscreen monograph was a key point of frustration driving support from the drug industry and members of Congress for separate legislation reforming the entire monograph process.

Both bills also state that the "requestor," or sponsor of a successful monograph change granted exclusivity must notify the FDA if it doesn’t market the drug within one year of publication of the approval. The exclusivity period length and when it starts are not changed.

Additionally, the initial year for the monograph user fee program would be fiscal year 2021, making fees for the first year due either on the first business day of June 2020, or 45 days after publication of the schedule, whichever date is later.

However, at a recent HELP Committee hearing on the nomination of Stephen Hahn as FDA commissioner, Casey said it was “possible that” language authorizing the user fees would not be included in the agency’s fiscal year 2020 appropriation. (Also see "OTC Monograph Reform May Have To Launch Without User Fees, Senate Sponsor Says" - HBW Insight, 21 Nov, 2019.)

The potential for changing the monograph system, and beginning to evaluate proposals for additions of ingredients or indications to monographs, without financial support from user fees likely has been considered by few at the FDA. From the start of its promotion of overhauling the system, the agency has maintained that a user fee program must come with the changes.