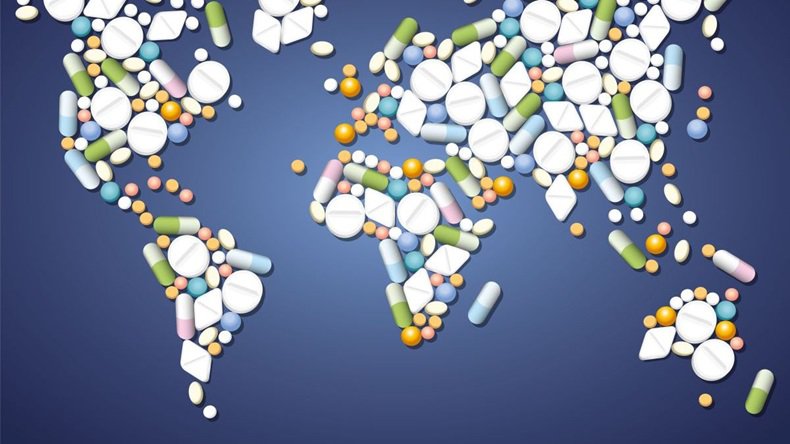 The US Trade Representative's annual list of US trading partners that do not adequately protect intellectual property rights includes the usual roster of shortcomings. But the agency suggested that its criticism may have more teeth this year given the current administration's focus on trade.

"One of the top trade priorities of the Trump Administration is to use all possible sources of leverage to encourage other countries to open their markets to U.S. exports of goods and services, and provide adequate and effective protection and enforcement of U.S. intellectual property (IP) rights," the USTR states in the first sentence of its 2017 Special 301 Report. "Toward this end, a key objective for the Administration's trade policy will be ensuring that U.S. owners of IP have a full and fair opportunity to use and profit from their IP around the globe."

The annual report places US trading partners deemed to have harmful records on protection and enforcement of IP rights or market access on a "Priority Watch List" or "Watch List." The 2017 report places 11 countries on the priority list and 23 on the watch list (see box below for list of countries). Both lists are identical to those in USTR's report last year.

The current report, released April 28, notes the market access barriers to pharmaceuticals and medical devices erected in Algeria, India and Indonesia. It says a ban in Algeria on a significant number of imported pharmaceuticals and devices in favor of local products is the primary reason the country remains on the Priority Watch list.

European member states, including Austria, Belgium, Czech Republic, Finland, Hungary, Italy, Lithuania, Portugal and Romania, are called out for introducing measures that raise concerns about transparency and the opportunity for stakeholders to engage in pricing and reimbursement policies. The report also points to the lack of transparency in New Zealand's pricing and reimbursement regime.

The report reiterates complaints made in previous reports about the treatment of biopharmaceutical IP rights: the imposition of taxes or tariffs on imported medicines; delays in obtaining regulatory approval; non-transparent pricing and reimbursement policies; and inadequate protection against disclosure of test data.

In a press release on the report, the Pharmaceutical Research and Manufacturers of America (PhRMA) emphasized the practices of India, Indonesia, Canada and Columbia. It asserted that India and Indonesia do not provide patents for many kinds of new medicines and that Colombia is slowing the launch of new medicines by delaying review of biopharmaceutical patents. And it noted that Canadian courts have struck down patents on 25 medicines, alluding to Canada's patent policy that sets a high standard to show that an invention is useful.

In a May 2 blog post about the Special 301 report, PhRMA's VP of International Advocacy Jay Taylor highlighted the "localization barriers" of several US trading partners, which he said put US biopharmaceutical products at a disadvantage. He cited Turkey and Russia as examples, pointing to their local inspection requirements, local manufacturing and technology transfer rules and closed government procurement process.

Turkey requires all biopharmaceutical products to go through "a burdensome and opaque certification process for market entry, as well as full on-site inspections for importation despite lacking sufficient resources to complete these inspections, resulting in significant market entry delays or outright restrictions, for lifesaving products produced by U.S. manufacturers," Taylor said.

First published in 1989, the USTR report is the result of an annual review of IP protection and enforcement by US trading partners around the world. It cannot force countries to change their IP policies and practices but it is regarded by countries on the watch lists and non-governmental organizations as a weapon to pressure them to do so.

Foreign countries and non-government organizations contend that the Special 301 report process is dictated by US industry, primarily PhRMA and the International Intellectual Property Alliance, which represents publishers and copyright owners. They claim that the pharmaceutical industry is seeking to expand its rights and make it more difficult for generics to enter the market while PhRMA says the report is an essential tool to engage trading partners on IP and market access practices that harm US innovators.

PhRMA submits a report to USTR detailing its objections to the practices of US trading partners for consideration in drafting the Special 301 report. The USTR does not always grant its requests. In 2014, the association was unsuccessful in getting the trade office to return Canada to the "Priority Watch" list and to move Turkey to the "Priority Foreign Country" level. (Also see "U.S. Patent Protection Watch List Doesn’t Match PhRMA’s Wish List" - Pink Sheet, 30 Apr, 2014.)

The Priority Foreign Country designation is for those whose onerous or egregious acts, policies or practices have the greatest impact (actual or potential) on relevant U.S. products. No trading partner was given this designation in 2017.

India, China Actions Do Not Go Far Enough For USTR

As in previous years, the USTR discusses India's policies in detail, saying the country remains one of the world's most challenging major economies with respect to protection and enforcement of IP. It cites the country's narrow patentability criteria and India's Patents Act, which specifies that "the mere discovery of a new form of a known substance which does not result in the enhancement of the known efficacy of that substance" is not an invention.

"New and growing concerns, including with respect to draft policies that negatively affect the commercialization of biotechnology, and the positions that India supports and voices in multilateral forum on IP issues, continue to generate skepticism about whether India is serious about pursuing pro-innovation and creative growth policies," the report states.

The USTR said that while the issuance of India's National Intellectual Property Rights Policy was a notable development, the policy "largely avoids a discussion of legal and policy issues that the United States and other stakeholders had suggested" that Prime Minister Narendra Modi's government address to promote innovation and creativity. In its 2016 report, the USTR urged the government to allow interested parties to provide more input on the forthcoming policy. (Also see "India's Patent Policy Needs More Stakeholder Input, US Trade Office Urges" - Pink Sheet, 2 May, 2016.)

Released in May 2016, the IPR policy aims to accelerate the approval of patents and trademarks – there were 237,000 patents pending the month before the policy issued – and streamline regulation by having IP under one administration. (Also see "India Will Miss Investment Boat If New IPR Policy Just All Talk" - Pink Sheet, 15 Jul, 2016.)

The Special 301 report also notes recent actions by China, which it says call into question how China is implementing a commitment made in November 2016 that drug registration review and approval would not be linked to pricing commitments and would not require specific pricing information. The report says China recently issued final patent examination guidelines addressing such issues as the treatment of supplemental data submitted in support of pharmaceutical patent applications. It says clarifications are needed to better promote pharmaceutical innovation and bring China closer in alignment with the practices of other major patenting jurisdictions.