US Backs Oral COVID-19 Therapies And ‘Next Pandemic’ Drug Discovery With $3.2bn 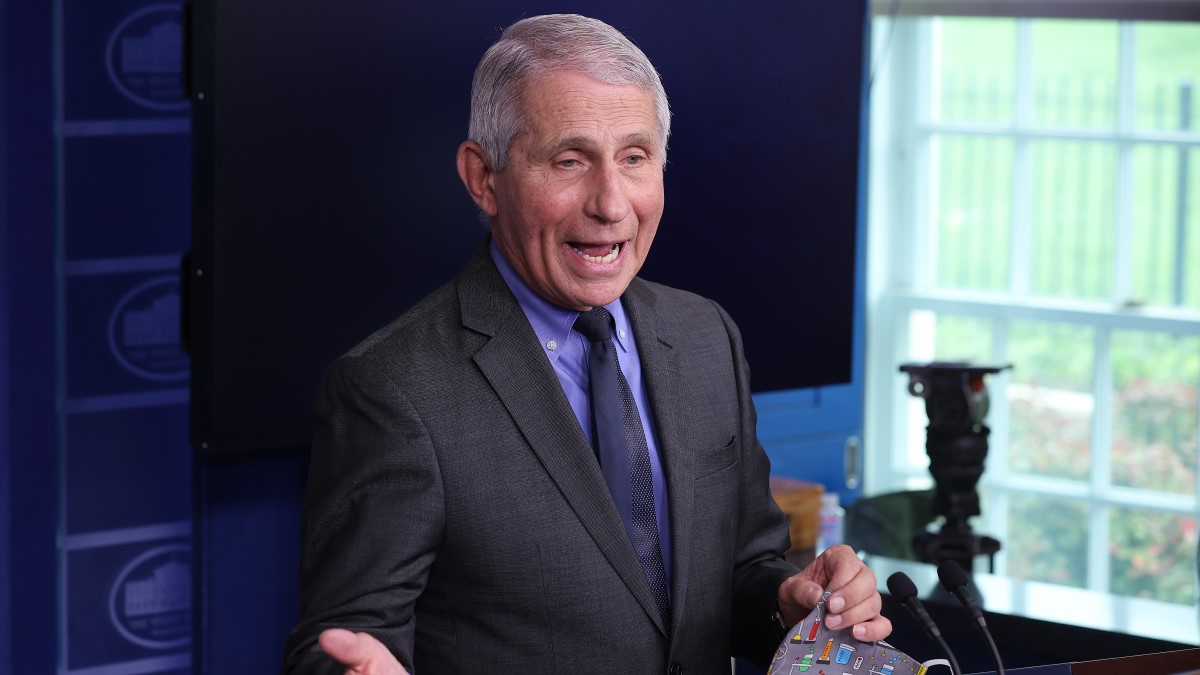 Anthony Fauci sets out the plan, including new oral antivirals as the immediate priority. Most advanced is Merck's molnupiravir, which could gain an EUA before the end of 2021.(Source:Getty Images)

The US government is providing multi-billion dollar funding to accelerate biopharma industry and academic work on new drugs for COVID-19 and other potential viral threats.

The $3.2bn program, The Antiviral Program for Pandemics, aims to catalyze the development of new medicines to combat COVID-19 and, importantly, to prepare for other pandemic threats.

The US government and biopharma partnerships played a key role in the development of effective COVID-19 vaccines, most notably Moderna and the National Institutes of Health’s (NIH) close collaboration on MRNA-1273.

But the failure to find an effective oral therapy is seen as a major missed opportunity to mitigate the pandemic’s worst effects, and something the Biden administration wants to correct.

Launching the fund at the White House on 17 June, Anthony Fauci, chief medical adviser to the President and National Institute of Allergy and Infectious Diseases (NIAID) director, set out the vision for supporting industry efforts to develop new therapies, as well as underpinning academic research into viruses that pose a pandemic threat.

The most advanced of these is Merck’s candidate, which is already in Phase III, with the US government also announcing on 17 June an advanced order of around 1.7 million courses of molnupiravir for $1.2bn. Merck has said that, pending a positive trial readout, the antiviral could be filed for an emergency use authorization as early as the second half of 2021.

While this development is being supported, discovery work will also gain new funding. Fauci said this would be modelled on the highly successful HIV program in the 1980s and 1990s, which led directly to the discovery of the first antiretroviral therapies. Funding for the new strategy comes from the Biden administration’s $1.9tn stimulus package, the American Rescue Plan, which became law in March.

“New antivirals that prevent serious COVID-19 illness and death, especially oral drugs that could be taken at home early in the course of disease, would be powerful tools for battling the pandemic and saving lives,” said Fauci.

“Through multidisciplinary collaborations among leading scientists in academia and industry, this investment from the American Rescue Plan to create the Antiviral Program for Pandemics will help inspire medical innovation and build on the extraordinary success we have seen in developing the COVID-19 vaccines.”

As part of the plan, the NIH will evaluate, prioritize and advance antiviral candidates to Phase II clinical trials. This will use current and expanded contract resources and the NIH’s National Center for Advancing Translational Sciences laboratories to de-risk early-stage development with sponsors to progress candidates along development paths.

The plan provides more than $300m for research and lab support, nearly $1bn for preclinical and clinical evaluation, and nearly $700m for development and manufacturing through NIAID and the Biomedical Advanced Research and Development Authority (BARDA).

Another $1bn will go towards the creation of the Antiviral Drug Discovery Centers for Pathogens of Pandemic Concern (AViDD) which will focus on other viruses which have the potential to pose a threat to global health.

The centers will create platforms that will initially target coronaviruses, and could then be expanded to other viruses with pandemic potential, including paramyxoviruses such as Nipah, bunyaviruses including hemorrhagic fevers, and togaviridae such as chikungunya.

Across the Atlantic, the European Union is also committing funding to pandemic preparedness. It is launching its own BARDA-like agency, Health Emergency Response Agency (HERA), which will be central to a new European bio-defense preparedness plan.

While the US government’s plans support both its own defenses and boost its homegrown industry, it and other leading nations are under pressure to create global pandemic preparedness networks.

The recent meeting of G7 nations pledged to work towards this, but reaching agreement and finding funding for new organizations such as a proposed Global Health Threats Council is likely to be slow and uncertain.